Thirty four people died in central Kenya when their bus veered off a bridge and plunged into a river valley, local media reported on Monday.

Local media reported that the incident occurred on Sunday evening in Tharaka Nithi County, when a bus belonging to the Modern Coast company travelling from Meru to the port city of Mombasa veered off the Nithi Bridge.

It fell into the valley 40 metres below, killing dozens of passengers.

Tharaka Nithi County Commissioner Nobert Komora told NTV Kenya television near the crash site: ‘Up to now, we have lost 14 women, 18 men and two girls, so the total deaths are 34.

‘We have rescued 11 who are undergoing treatment in hospital.’ 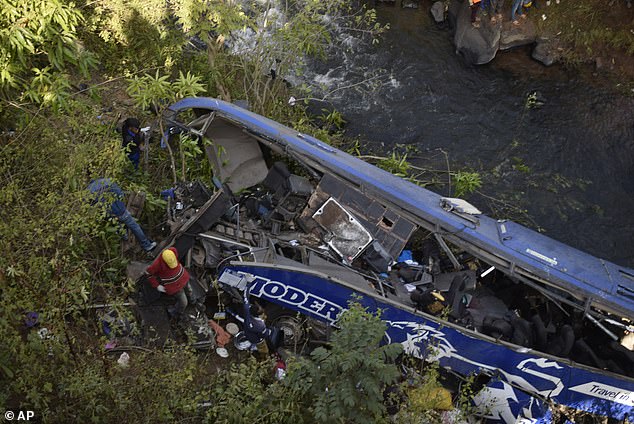 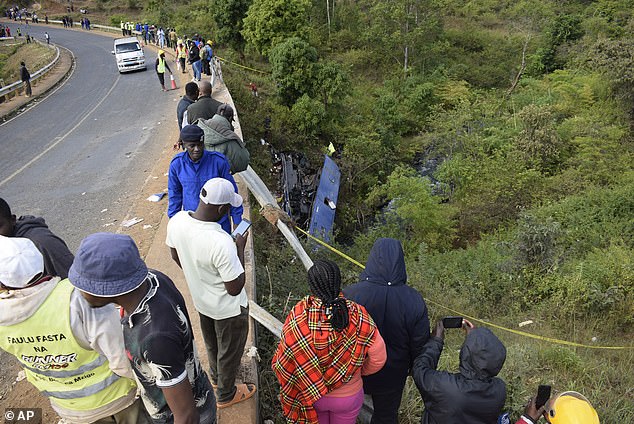 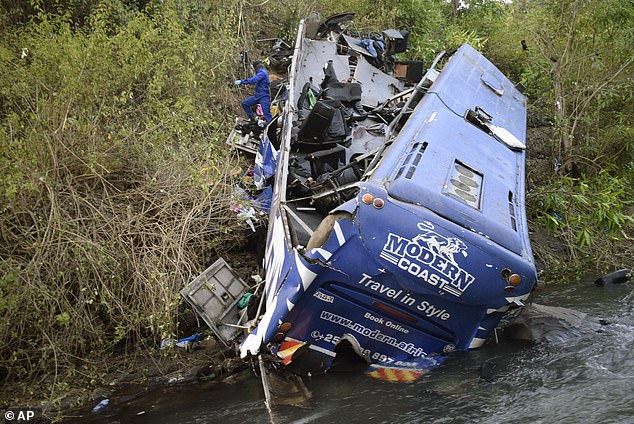 Nation reported Komora as saying that initial investigations showed the bus’s brakes may have failed, preventing its driver from properly turning on a sharp bend at the bridge.

Transport regulator the National Transport and Safety Authority had ordered all buses belonging to Modern Coast to suspend operations pending an investigation into the crash.

National Bureau of Statistics data shows 4,579 people died in road accidents in Kenya in 2021, a 15 per cent increase from a year earlier. 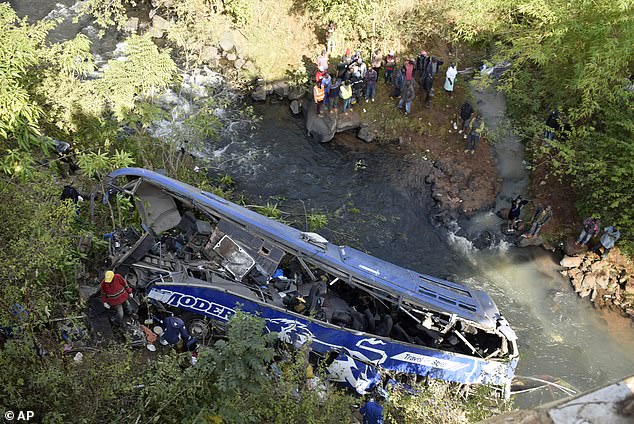 Rescuers said they were able to find 11 survivors, who have been taken to local hospitals