Sofia: Bulgarian Prime Minister Boyko Borissov told Russia to stop spying in his country, a day after prosecutors said they had charged six people on charges of working as spies for Moscow.

Prosecutors said on Saturday (AEDT) that members of the alleged spying ring, who included former and current military intelligence officers, had passed classified information about Bulgaria, NATO and the EU to an official at the Russian embassy in Sofia. 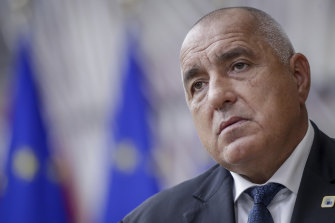 During the past 18 months, Bulgaria has expelled six Russian diplomats, including a military attache, over suspected spying – straining historically close diplomatic ties between the NATO and EU member and Moscow.

“Once again it could be necessary to declare Russian diplomats as unwanted. And with regards the operation yesterday, I again address their superiors to stop spying in Bulgaria,” Borissov said during a trip to the north-eastern city of Silistra.

“Friendship is friendship, we have always demonstrated it,” he added.

Bulgaria was one of the closest allies of the Soviet Union during the Communist era. It maintains close cultural, historical and economic ties with Russia, which remains the country’s main energy partner.

The Russian embassy in Sofia said that speculation about its alleged involvement should stop until a court rules, calling the case an attempt to “once again demonise” Russia.

The United States, Britain and neighbouring North Macedonia said they stand with Bulgaria against “malign activities” on its territory.

Britain said it stands with Bulgaria against “malign activity” by Russia in the country, adding that Moscow had been seeking to undermine the sovereignty of a NATO ally.