Today areas in the UK are expected to see ice and heavy rain, while dozens of areas have had alerts for potential flooding.

Travel will likely be hampered by the rain, which will move north-east throughout the day, and the Environment Agency has issued 33 flood alerts.

People affected by the flood alerts are advised to prepare a bag that includes medicines and insurance documents, and staying updated with its warnings.

Homeowners and businesses have also been told to expect some flooding, with some disruption to power supplies and other services also likely. 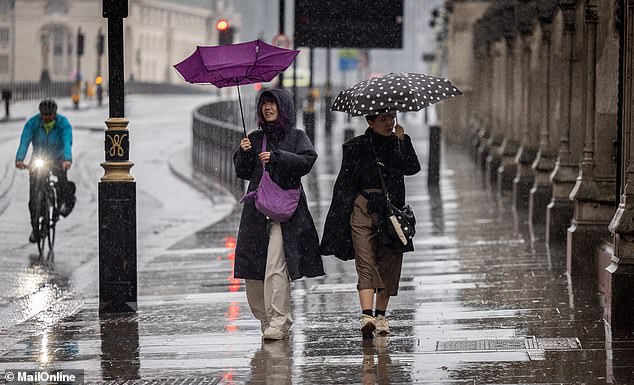 There are warning for ice, heavy rain and potential flooding for parts of UK (People in the rain in Westminster last week) 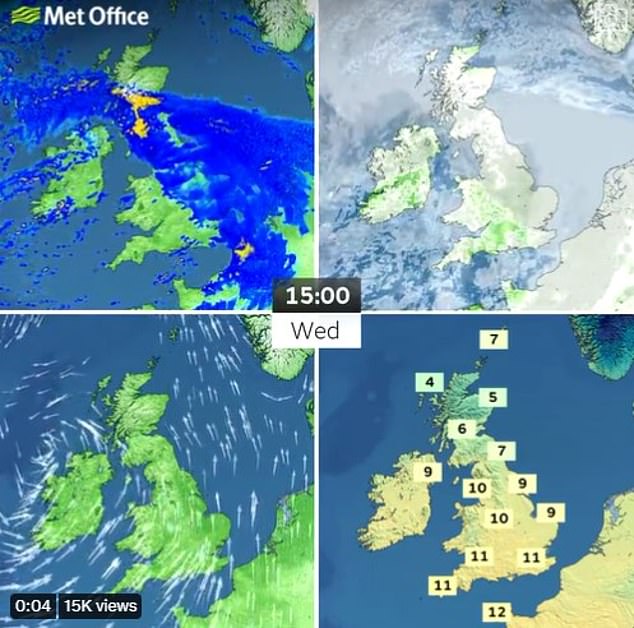 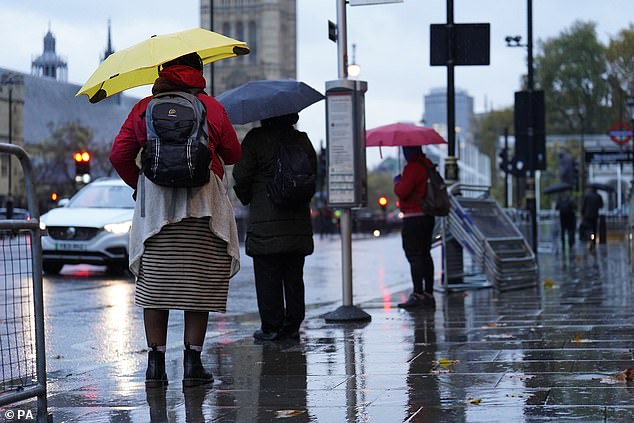 Tomorrow the weather is set to be colder and windy with sunshine and showers, some heavy in the north and west with a risk of hail and thunder

Commuters headed back to work after a Christmas break have been warned that journey times will be longer due to spray and flooding on roads, according to the Met Office.

Temperatures are set to be mild in England and Wales today with highs of 12C, and possibly 7C in Scotland and Northern Ireland.

Later tonight, the Met Office is predicting windy and blustery showers, some heavy, and frequent in the northwest.

Tomorrow the weather is set to be colder and windy with sunshine and showers, some heavy in the north and west with a risk of hail and thunder.

‘We’re looking at the potential of being 40-60 millimetres of rainfall in nine to 12 hours before the rain clears away in the afternoon,’ said Met Office meteorologist Rachel Ayers. 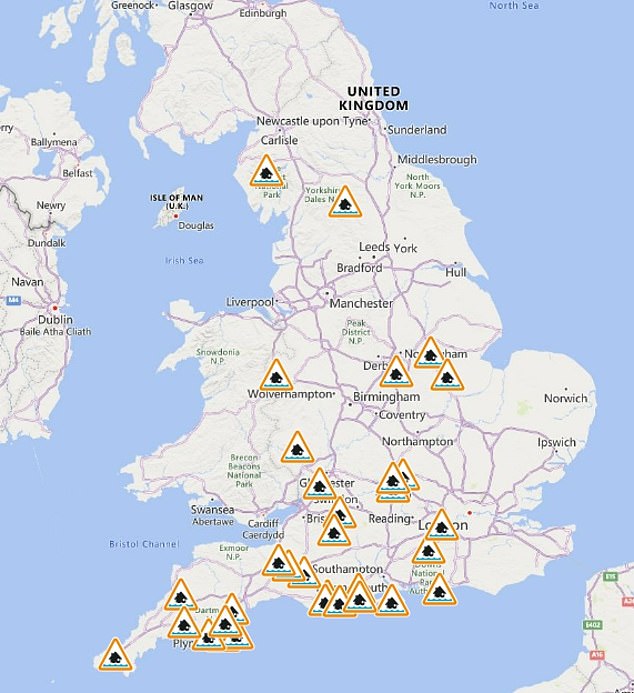 New Year’s Eve celebrations across the UK are set to be dampened by wind, rain and difficult driving conditions.

England and Wales in particular are forecast to be hit by heavy showers and persistent gusts at the end of the year.

Though temperatures are expected to stay relatively mild in the post-Christmas period, following a cold snap earlier this month.

The Met Office said winds could reach speeds of up to 40 miles per hour on Saturday, December 31.

Met Office forecaster Greg Dewhurst told The Sun: ‘There may be some heavy rain, so some tricky driving conditions across England and Wales across higher ground.

‘Transpennine routes could find there are some tricky driving conditions, for example.

‘There will be some blustery showers on Thursday, so difficult if you get caught in a shower as it reduces visibility.’

Mr Dewhurst added: ‘It’s going to stay unsettled across the UK for the rest of the year.’