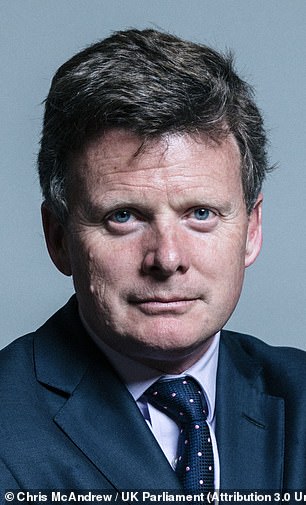 The richest MP in Parliament is under fire today for proposing to build 100 houses on his country estate in the midst of ancient woodland.

Former Wildlife Minister Richard Benyon – one of the 21 Tory rebels axed by Boris Johnson for defying the Brexit whip – owns the vast Englefield estate in Berkshire and is worth around £120 million.

He has submitted plans to build 100 homes next to ancient woodland at Pondhouse Farm in Burghfield Common, which will wreck the environment for rare bats, honeybees, butterflies, moths and birds like warblers, say furious local nature lovers.

The woods, whose sun-dappled shade rings to the sound of birdsong in the spring, is four miles from Grade 2-listed Englefield House.

The Elizabethan mansion is in the centre of the 20,000-acre hunting, shooting and fishing estate owned by the MP, who was David Cameron’s Wildlife Minister at DEFRA between 2010 and 2013.

Gnarled oaks and other trees over 400 years old would have to be cut down to open up the 4.2 hectare site for the houses between Dauntless Road and Pondhouse Farm, opponents say. 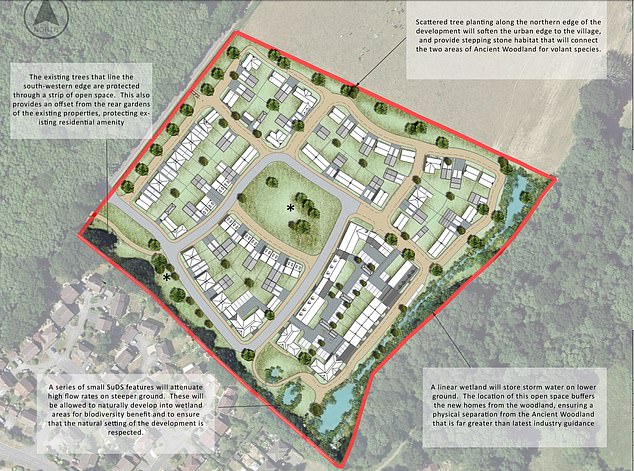 Mr Benyon, 58, the Tory MP for West Berkshire since 2005, announced last week he will not seek re-election following his dismissal from the Government for rebelling.

Outline permission could be given to the estate on September 18th, when the council planning committee will debate the scheme, and the omens are good.

In a report Michael Butler, principal planning officer, said “It is clear that this application, if approved, will cause some degree of harm to the local area. This visual harm is outweighed, however, by the need for additional housing.”

A footpath and cycle way that will run through the ancient woodland was originally taken off the plans by the Englefield Estate but have been reinstated to meet the council’s amenity requirements for new housing developments.

The council will be told that the application has received many objections from the public about the damage to the countryside. 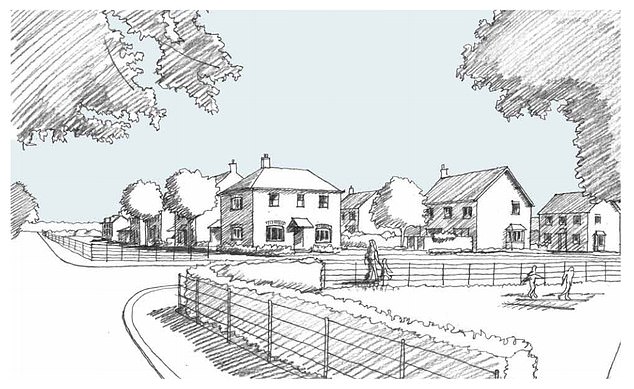 An artist’s impression of some of the houses. Plans indicate they will be made of weathered red brick like adjacent existing properties

Louise Marshall, who lives near the site, said “I am extremely concerned about the effect on wildlife and the natural lay of the land at Pondhouse Farm, the drainage, and the rare and wonderful wildlife that live in the trees on this land.

“There are bats within our ancient trees surrounding this land and I am concerned that the building work will distress these protected animals.”

Protests are also mounting on social media – Katrina Cornish said “So the planning officer says ‘This visual harm is outweighed, however, by the need for additional housing’.

“So how is only 28 social homes going to help? We need council and social housing, not more so called affordable homes.

“And to destroy trees that are over 400 years old plus the damage to wildlife and the topography of the area for profit is typical of these money grabbing rich Conservatives!”

Former minister Mr Benyon is regarded as the wealthiest MP in Parliament.

The great-great-grandson of three-times Tory Prime Minister Lord Salisbury, he can trace his ancestry back to William Cecil, the chief political adviser to Elizabeth I. 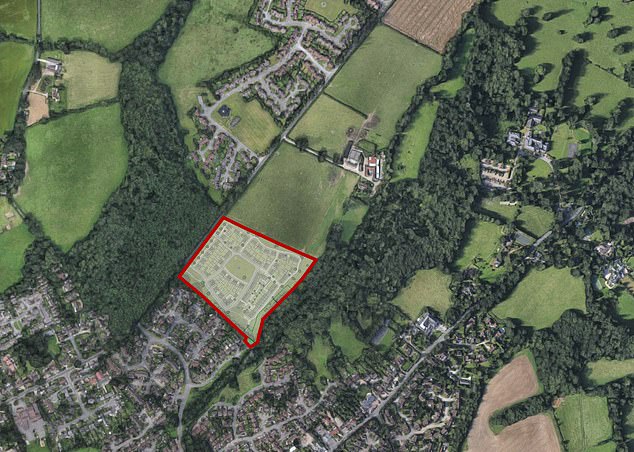 He’s a former officer with the Royal Green Jackets and is the son of Sir William Benyon, himself a former Tory MP.

Englefield House is in a private walled estate of 20,000 acres that includes thriving farmland, woodland and a model village. It was built during the reign of Elizabeth I, who granted the manor of Englefield to her ‘spymaster’, Sir Francis Walsingham.

The house came into the Benyon family’s possession in the early 19th Century. The gardens are open all year but the house is open only to pre-booked group tours.

The Benyons also have land and property interests in London and Scotland.

Englefield House is often used as a location for TV series and films such as X-Men: First Class, The King’s Speech and Great Expectations.

Englefield estate is a few miles from Bucklebury, where the Duchess of Cambridge was raised and where her parents Carole and Michael Middleton live in a £7 million country mansion.

In May 2017 her sister Pippa married financier James Matthews at St Mark’s Church on the Englefield Estate.

The reception was held at Englefield House and guests included the Duke and Duchess of Cambridge and their children, Prince George and Princess Charlotte.