Granger Smith opened up about why he’s taken a social media break in the wake of his 3-year-old son’s death in a tragic accident.

The country music singer and his wife Amber‘s son River died from drowning, Us Weekly confirmed in June.

“I haven’t said much on socials lately,” Granger, 40, wrote in an Instagram post on Saturday, September 14. “It’s not that I don’t have anything to say, it’s more that most things just don’t seem important enough to share. We all know that social media has become a mask…a highlight reel per say [sic], that we can hide behind and appear to promote our best moments of our best days. Eh…that stuff doesn’t matter.”

The singer explained that while he no longer finds meaning in social media, he’s inspired to continue making videos for The Smiths, a YouTube channel that follows the lives of Granger and his family, including daughter, London, 7, and son Lincoln, 5.

“I can turn on the camera and talk like we’re just friends in the same room. No mask,” Granger added.

He also praised his wife for keeping River’s memory alive with her social media posts. 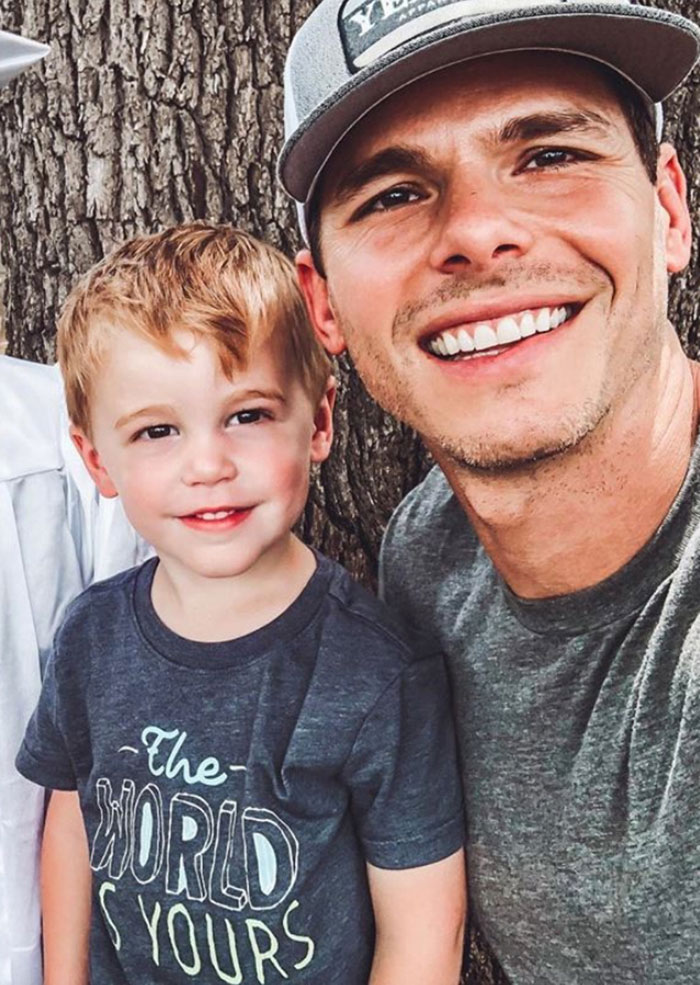 “Amber has continued to post on her socials and I’m blown away by her ability to be so real, raw and engaging in her captions and pictures. Once upon a time I had the way with words in our relationship, but now I’m letting her speak for us both. We certainly see the world with our masks off now,” Granger wrote.

The “If the Boot Fits” singer added that performing live has taken on a different meaning for him now: “Each night I find myself looking out at faces in our crowd and thinking about all the different stories…all the hidden struggles. We need each other.”

He concluded the post telling his followers, “Life is a storm. Realizing that makes it easier to be grateful for the rays of sunshine.”

Granger paid tribute to his son on Instagram after the accident in the pool at the family’s home.

“I have to deliver unthinkable news,” Granger wrote in June. “We’ve lost our youngest son, River Kelly Smith. Following a tragic accident, and despite doctor’s best efforts, he was unable to be revived. Amber and I made the decision to say our last goodbyes and donate his organs so that other children will be given a second chance at life. Our family is devastated and heartbroken, but we take solace in knowing he is with his Heavenly Father.”

Amber added to her own Instagram post, “Nothing can prepare a mother to deliver this kind of news.”