BRITAIN’S knife crime epidemic is being fuelled by a sick point-scoring game followed by young gangs on social media.

The Tally Up challenge, in which points are scored for wounding different parts of the body, is already being linked to attacks. 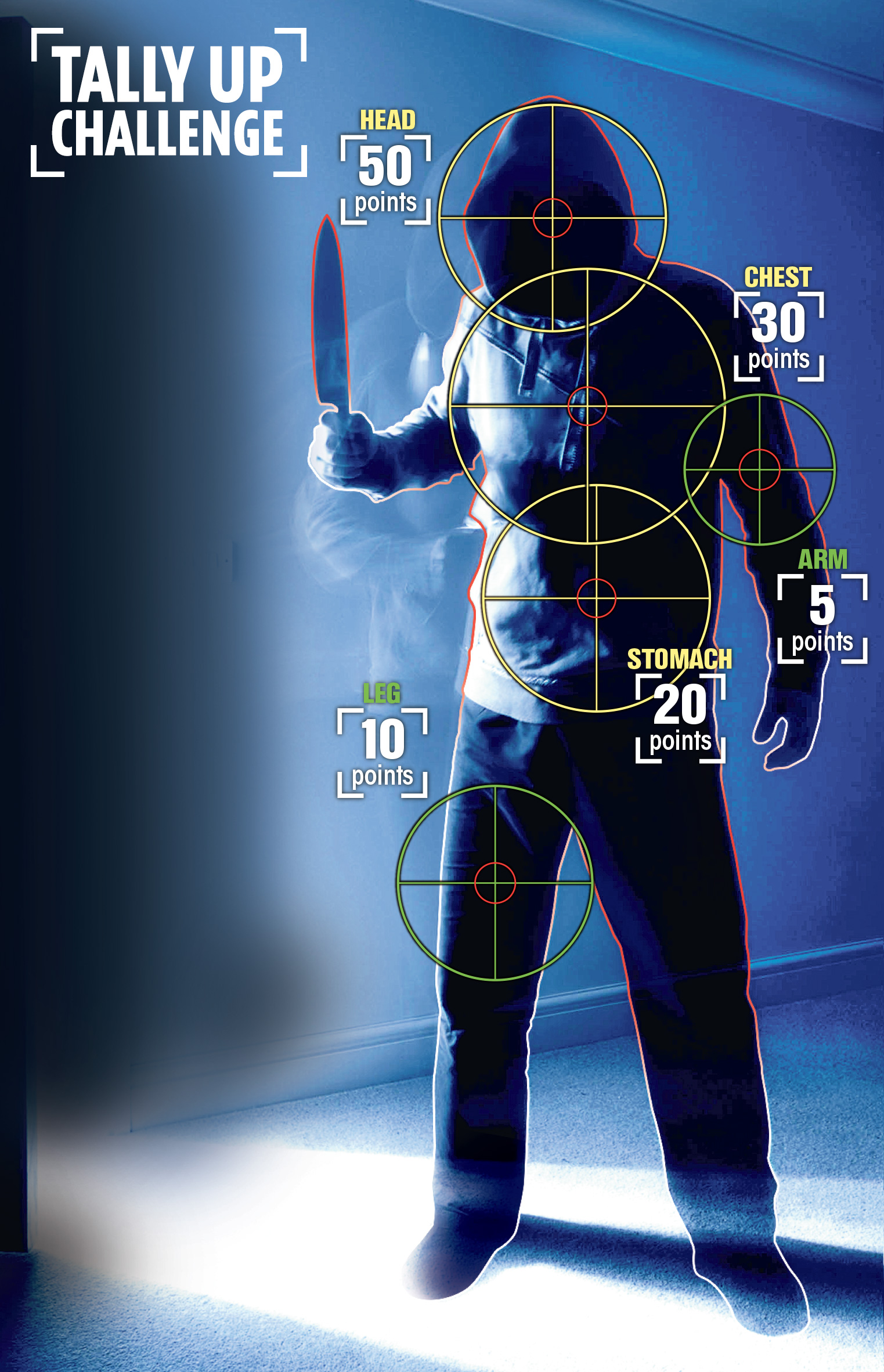 A stabbing to the head scores 50 points, the chest is 30 points and the stomach is 20 points, with ten awarded for a leg wound and five for an arm.

The craze is spreading through Snapchat and Instagram and is referenced in drill rap videos.

Former gang leader Sheldon Thomas said the challenge — also known as Street Scores and Street Shark — was helping to cause the bloodshed.

Mr Thomas, who set up support group Gangsline, added: “This points scoring game was just in London and has been around for about six months or so.

“But it’s now spreading at a scary rate and is now getting everywhere and is potentially more lethal than ever.”

The challenge has come to light as figures reveal knife crime is spreading rapidly outside London and offenders and victims are getting younger.

Bloody evidence of Tally Up was seen last month in Bognor Regis, West Sussex, where a victim was stabbed in the head, chest and arms. A police source said: “This was a points score for the game.

“The head is the most points you can get which is why it was targeted but the fear is it will lead to more lives than ever being lost.”

The challenge is followed on social media sites where it can be quickly deleted. Police say they do not have the resources to hunt online for offenders.

The Sun also found references to “Tally Up” and “Scores” in drill raps with videos of street violence shared online.

One lyric, relating to a shooting, said: “Bang, bang, I made the street messy. Bang, bang and I don’t feel sorry for his mum.

Another rap about a stabbing goes: “We up five, matter fact boy we up six. Scoring up not a sh**. Ni**as no. Shellin, sh** den, splash the streets for scores.”

Police are struggling to contain knife crime, which rose by an average of 45.7 per cent in 34 English and Welsh counties between 2010 and 2018.

In Kent, it grew by 152 per cent, in Hertfordshire by 89 per cent and in Staffordshire by 88 per cent. That compares with a rise of 11 per cent in the capital in the same period.

The surge is also blamed in part on the spread of so-called county lines drug gangs. 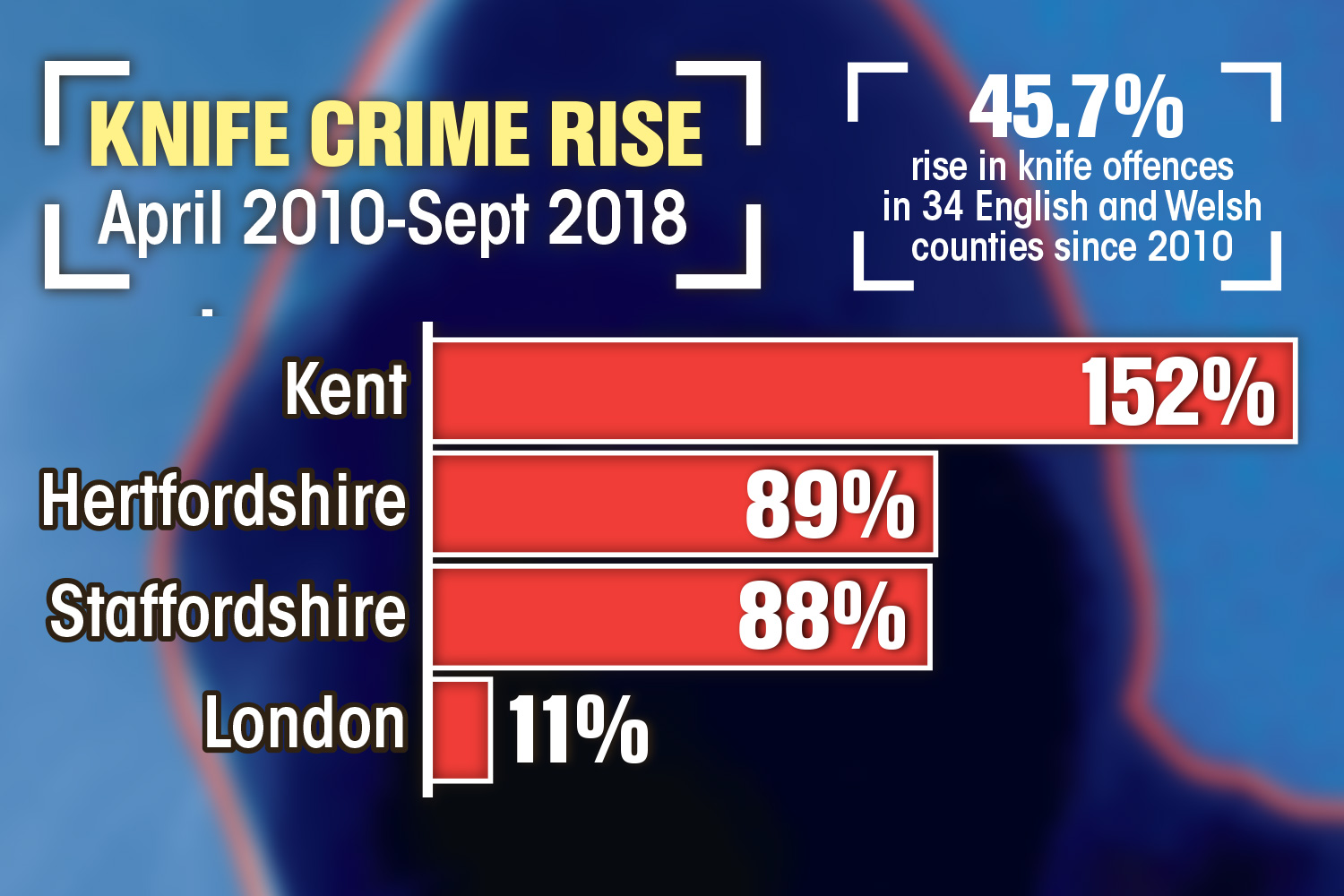 One senior police insider told The Sun: “A criminal overspill is making its way into the more rural areas via social media. This knife crisis is no longer just a London problem.” A senior Met police source added: “The victims are younger, the gang members are younger and it is fair to label this a national emergency.”

But Mr Thomas blamed poor parental control. He said: “This is no longer a poor white or poor black community problem. This is now a problem for everyone.

“Children from middle-class homes are in on it and are the worst offenders at the moment.” 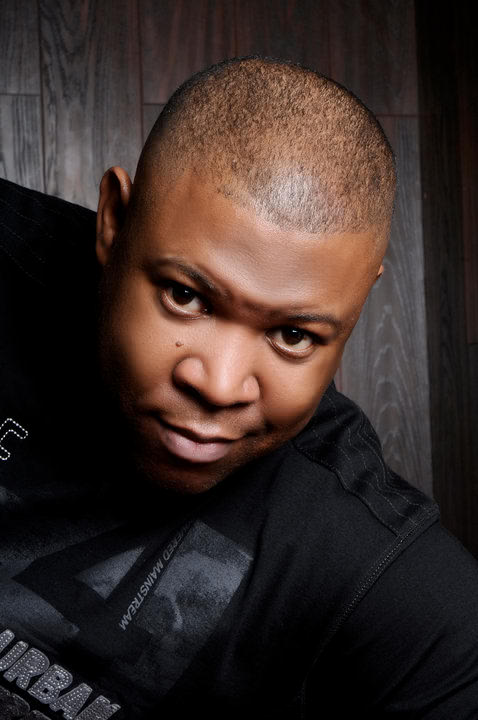 MAKE no mistake: the knife crime epidemic is now a national crisis.

It’s tempting to think that it’s just gangs in London and our other biggest cities that are the cause of rising violence.

But shocking figures demonstrating how far and wide this disease has spread must be a wake-up call for the police, the Home Office and the Cabinet.

That we’ve now got young gangsters playing sick games in which points are awarded for stabbing certain parts of the body can lead to only one conclusion: we’ve completely lost control of our streets.

Throughout the spike in violent crime, the Government has responded with a tin ear. They’ve allowed the Labour Party — under Jeremy Corbyn of all people — to become the party of law and order.

At the last election, the Tories got a battering about police cuts and it was one significant reason they lost their majority.

With the very real possibility of another ballot coming soon, the Home Secretary Sajid Javid and the Chancellor must get a grip.

It’s vital that they give police chiefs the cash and the powers that they need.