A three-year-old boy has died just days after he was injured in a crash on the M4 that also killed a four-year-old girl.

Emergency services raced to the scene after the crash on the M4 westbound carriageway near Newport, South Wales, on February 5.

Four-year-old Gracie-Ann Wheaton, from Tredegar, southeast Wales, died in hospital from her injuries just hours after the car she was travelling in was hit by a van.

The boy, who cannot be named for legal reasons, was in critical condition in hospital but tragically died five days later. 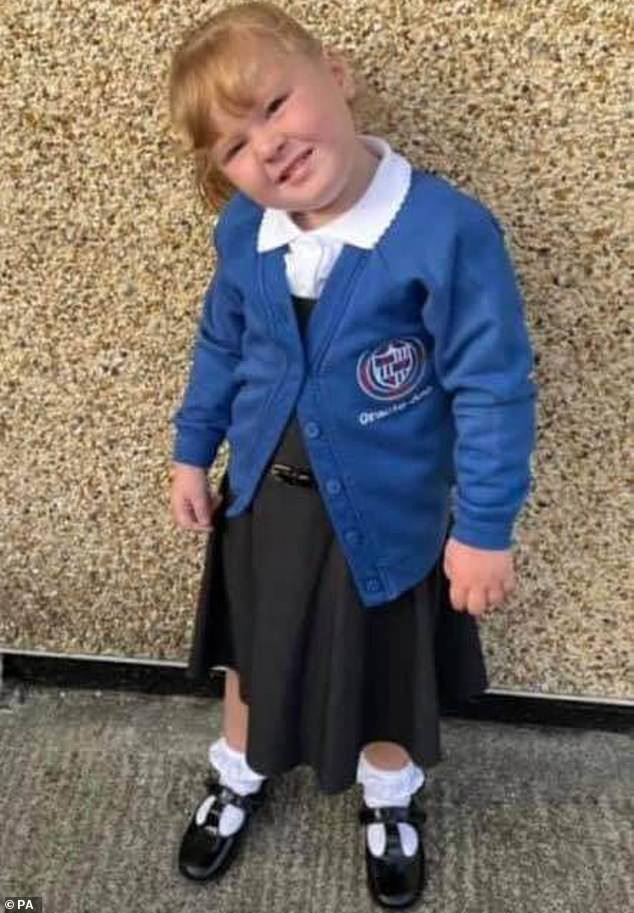 Four-year-old Gracie-Ann Wheaton, from Tredegar, southeast Wales, died in hospital from her injuries after the motorway crash

Today, his devastated family said he ‘had a very small chance of survival’ following the crash.

They said: ‘We are all just in shock. We can’t believe it. It hasn’t sunk in. We are all heartbroken.

‘But the whole community has been amazing. People are doing so much to help.’

On Saturday, Gracie-Ann was being driven home from a birthday party when the car she was in was hit by a van.

Emergency crews used cutting gear to free Gracie-Ann from the vehicle before she was rushed to the intensive care unit of University Hospital of Wales in Cardiff.

She died at around 5am on Sunday morning, family members confirmed.

Gracie-Ann’s mother Rhiannon Lucas and her partner Adam Saunders had been in the car when it was hit by the van.

Newman, of Maesteg, South Wales, is set to appear at Newport Crown Court on February 21.

Last week, Gracie-Ann’s cousin paid tribute to the four-year-old, describing her as ‘very smart, very creative and fantastic to be around’.

He said: ‘I’m just trying to wrap my head around the fact that she’s gone; it’s hard to believe.

‘She was so young. She had a bright future ahead of her. She was such a wonderful child.

‘I’m just lost for words really. How she was returning from a birthday party and all of a sudden she’s gone.’ 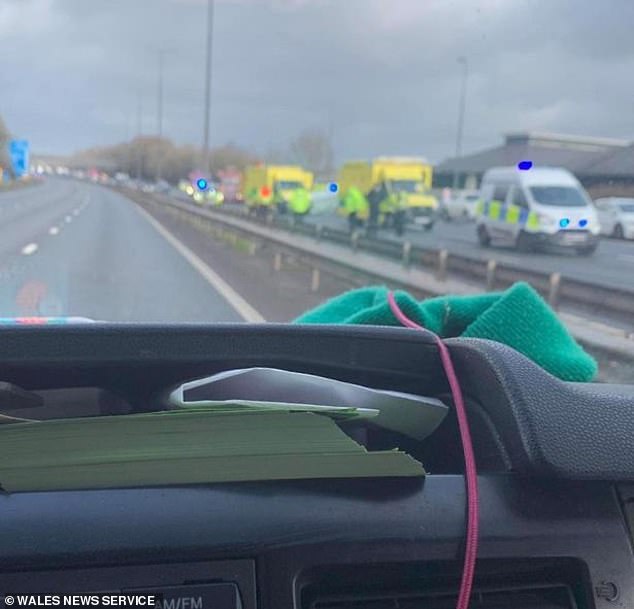 Emergency services raced to the scene after the crash on the M4 westbound carriageway near Newport, South Wales, on February 5 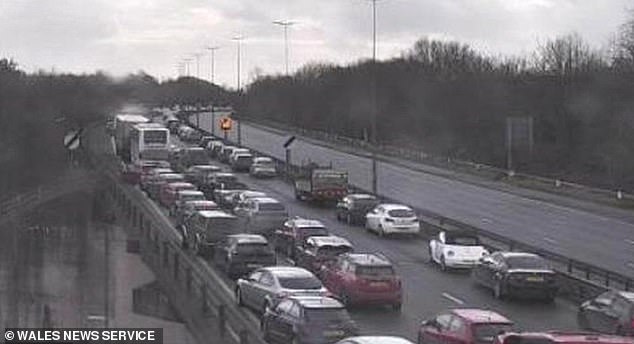 Cars on the M4 near Cardiff after the crash, which closed the motorway for more than seven hours

He added: ‘She was very smart, she was very creative. She had a really great imagination as well. She was just fantastic to be around.’

And Gracie-Ann’s great uncle, from Abergavenny, said the family was ‘devastated’ and ‘heartbroken’.

A spokesman for the Welsh Ambulance Service said: ‘We were called at 1.41pm to reports of a road traffic accident on the westbound carriageway of the M4 near junction 28.

‘We sent multiple resources to the scene, including a rapid response vehicle, three emergency ambulances, the Hazardous Area Response Team, the Emergency Medical Retrieval and Transfer Service and an air ambulance.’

The crash closed the M4 for more than seven hours while four people were rushed to hospital.

Anyone with dashcam footage of the collision, or any information that could help the investigation, is asked to call Gwent Police on 101 and quote 2200041245.