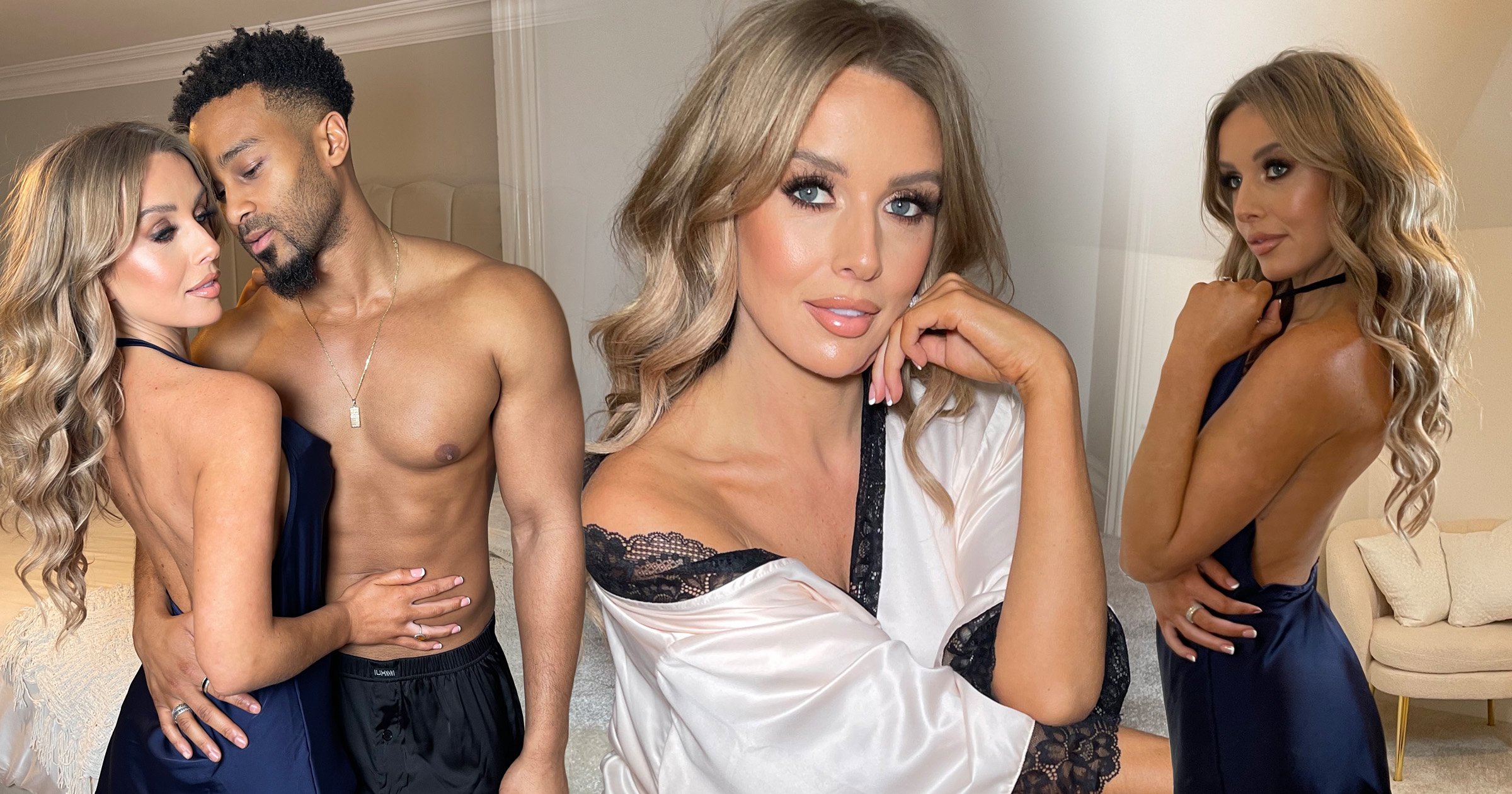 Faye Winter and Teddy Soares have revealed how they cope with racist trolls on Twitter as well as keeping their relationship as one of the strongest to have come out of Love Island.

The couple, both 26, who met on the show last summer, have been one of the few to make it and come out stronger than ever, moving in together before Christmas last year.

Revealing how they keep their romance going on the outside of the villa, Faye told Metro.co.uk: ‘We’re just in our own lane. We knew we were strong coming out of the villa anyway, I certainly knew how I felt about Teddy and I knew how Teddy felt about me.

‘When we came out, before we entered into this whole new world, we had a proper adult sit down conversation over dinner of what we actually wanted to do. Did we want to continue this life? Or was Teddy going to go back to his job and was I going to get back to my job?

‘We actually went through our options and that was a real big turning point for us. And actually, what we went in there for, we got.’

The couple now talk everything out between them, which has been key to keeping their relationship as strong as it has been.

Teddy added: ‘We always communicate to each other quite well about what we each want to do. I think the way that we support each other is one of the biggest things that has helped us to be so strong.

’It’s pretty much a smooth, flowing relationship. So I feel like even inside and outside of the villa it’s quite it’s worked really well.’

Viewers got to see how different Faye and Teddy’s personalities are on the show, but Faye believes that is what has made their relationship long-lasting – she brings the excitement while Teddy brings the stability to the partnership.

She explained: ‘Everyone said we’d never work out as we’re so different, and it was one of my worries, too. It was played out on national TV that that would be the case but actually, he is completely the yin to my yang, we’re chalk and cheese but it just works.

‘If Teddy was somebody that was as relaxed as him, they’d be so bored. And if I was with someone as fiery as me, we’d definitely have broken up by now. So it just works.’

The couple have been open about receiving messages from racist trolls about their relationship, and while it can be hard to read, they rely on each other for support.

Teddy revealed: ‘In terms of coping with it, we just stick to what we know and where we came from. Faye isn’t a racist person, I’m not a racist person, we don’t have any racist friends or anything like that at all.

‘So when it’s coming from different angles, it’s a new feeling for us. We communicate about it and support each other, that’s one of the biggest things that really does help. And the fact that we do have friends and family that absolutely love us and absolutely adore us who tell us how it is every single time.

‘So if, in any circumstance, we’re not hearing any noise outside of our usual bubble, then it doesn’t really matter. But when it comes to racism, obviously, it’s completely evil, so as much as as much as we try and ignore it and mute it, it’s hard.

‘I’d be lying to say it isn’t hard, it’s so hard to see how it affects Faye and vice versa, she knows it affects me and I know how she feels when I’m upset and I don’t like that feeling.’

He added: ‘Receiving it is not a great feeling because I think we fought so hard to get to where we are and have a multicultural society, a black man with a white woman and vice versa.

‘So to see certain aspects of the trolling and know the way that it’s received, it is painful. It’s hard to actually think that people are able to type certain things and think that it’s okay.

‘But we stay strong at the end of the day – I’ve said it before, Faye’s for me and I’m for Faye – and that isn’t going to change no matter what a random person on the internet puts out.’

The couple have also been enjoying living together in their new home, with the added privacy being a bonus after having cameras on them around the clock in the villa.

Faye and Teddy have teamed up with sexual wellness brand Lovehoney and revealed that they practise what they preach in private too.

Teddy explained: ‘We really get our private, intimate time and we’re in our own bubble here – it’s a perfect home for us.

Faye added: ‘I’m a massive advocate for allowing women to feel empowered to feel sexy and Lovehoney definitely is a company that also supports that – all women, genders, shapes and sizes, which for me was super important.’

Faye and Teddy are working with the sexual wellness brand Lovehoney to spread sexual happiness this Valentine’s.