Boy, 15, suffers ‘life-changing’ injuries as speeding car he was in smashes into a house in Birmingham – with two other youths sprinting from the scene leaving him lying in the wreckage

A 15-year-old boy suffered ‘life-changing’ injuries after the speeding car he was in smashed into a house in Birmingham.

The crash happened in a residential area on College Road at about 2.30pm this afternoon.

A speeding black car reportedly crashed into several parked cars and then ploughed into a house smashing bricks on the front porch in the collision. 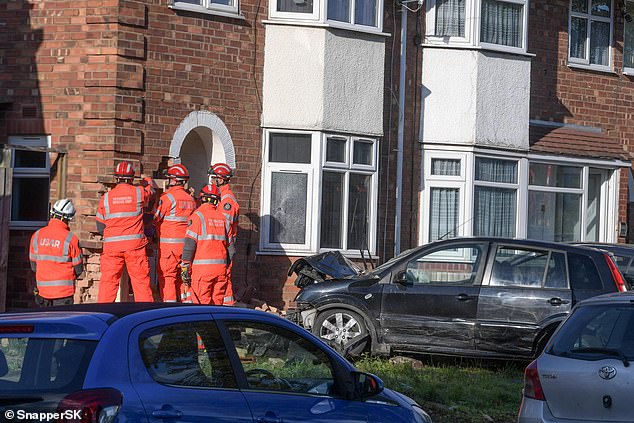 A teenage boy, 15, was left with severe leg injuries after he was thrown from a speeding car that crashed into a house on College Road, Birmingham at 2.30pm on Sunday

One boy was thrown from the vehicle and witnesses say he had severe leg injuries, described as ‘life-changing’.

Witnesses also reported two other youths, who were occupants of the vehicle, sprinted from the scene after the crash, leaving the injured teen lying in the wreckage.

Police, paramedics and firefighters were called to reports of the crash on College road, near to the junction of Twickenham Road, in the Kingstanding area of the city.

The injured boy was taken to hospital with a police escort of blue lights and sirens. 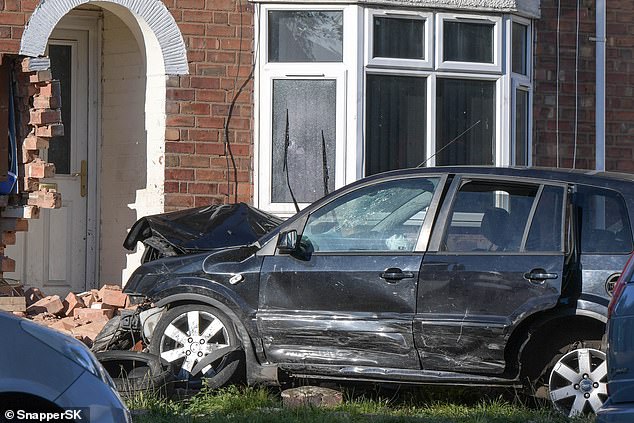 Firefighters worked to make the house safe after several bricks were left damaged in the incident until a structural engineer can further assess it.

The road was closed between Twickenham Road and Chester Road following the incident with a large number of emergency service vehicles present.

It is unknown who was driving the vehicle at the time of the crash. 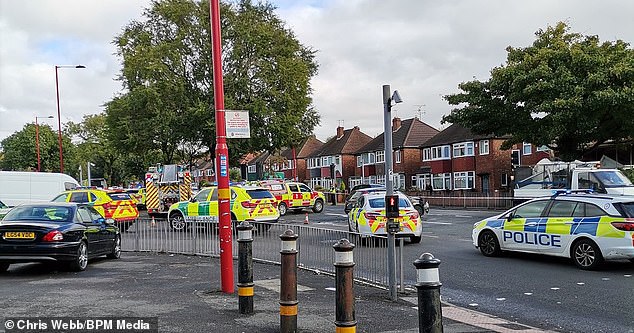 Police, paramedics and firefighters were called to the scene of the crash and the road was closed between Twickenham Road and Chester Road following the incident 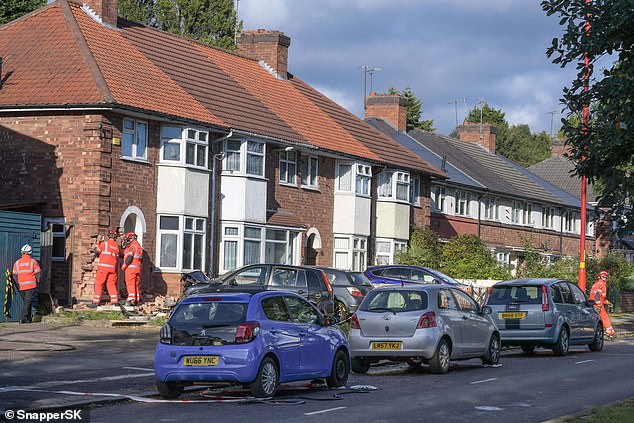