Tenggulun: Umar Patek – the Indonesian militant who was paroled last week after serving about half of his original 20-year prison sentence for making the explosives used in the 2002 Bali bombings – has apologised to victims’ families.

Patek, who is also known as Hisyam bin Alizein, was a leading member of the al-Qaeda-linked network Jemaah Islamiyah, which was blamed for the blasts at two nightclubs in Kuta Beach that killed 202 people — mostly foreign tourists — including 88 Australians. 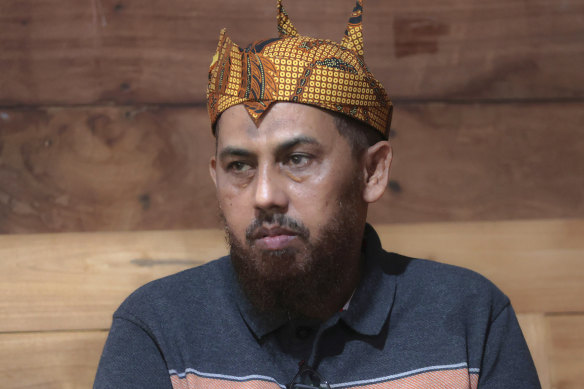 “I apologise not only to the people in Bali in particular, but I also apologise to all Indonesian people,” Patek told reporters on Tuesday (Indonesia time) while visiting former militant Ali Fauzi, a long-time friend who runs a program aimed at deradicalising militants in East Java’s Tenggulun village.

Wearing a grey shirt and a Javanese traditional headgear, Patek received a warm welcome from his old friends, some of whom were former convicts who joined the deradicalisation program headed by Fauzi.

Indonesian authorities have said Patek was successfully reformed in prison and they will use him to influence other militants to turn away from terrorism. Patek is still being monitored and will have to participate in a mentoring program until his parole ends on April 29, 2030.

News in August of Patek’s impending early release sparked outrage in Australia. Prime Minister Anthony Albanese described him as “abhorrent” and said his freedom would cause further distress to Australians who endured the trauma of the bombings. Australia’s objection prompted President Joko Widodo’s administration to delay Patek’s release while Indonesia hosted the Group of 20 summit last month.

Patek left Bali just before the attacks and spent nine years on the run that took him from Indonesia to the Philippines to Pakistan.

In the southern Philippines, officials said he had joined forces with the local extremist group Abu Sayyaf, spending several years training militants and plotting attacks, including against US troops in the country.

He was finally caught in January 2011 in the same Pakistani town where US Navy Seals would kill Osama bin Laden just a few months later. Patek was hiding out in a second-floor room of a house in Abbottabad, a $1 million bounty on his head, when Pakistani security forces, acting on a tip from the CIA, burst in. 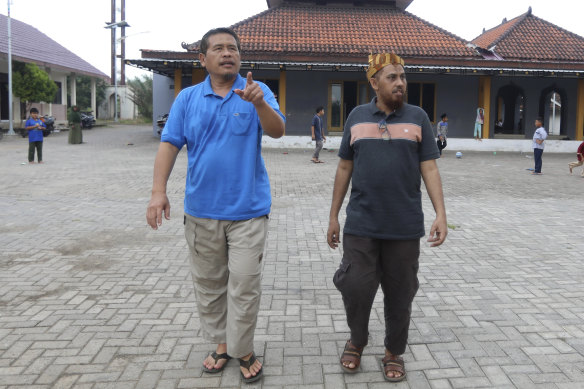 He was then extradited to Indonesia. It was there that the kindness of police officers who helped get him medical treatment apparently began to chip away at his convictions about people he had long seen as the enemy.

He expressed remorse at his trial, saying he helped make the bombs but did not know how they would be used. He also issued broad apologies, including to the victims’ families, at that time.

Patek is the son of a goat meat trader. He went to computer school and learned English before being recruited into Jemaah Islamiyah by Dulmatin, a fellow militant who was gunned down by Indonesian police in March 2010.

After his arrest, Patek told interrogators that he learned to make bombs during a 1991-1994 stint in Pakistan, and later in Afghanistan.

Fauzi said he could appreciate pain caused by Patek’s early release, but hopes the victims’ families and Australian friends were “willing to forgive him”.

Fauzi’s brothers Amrozi bin Nurhasyim and Ali Ghufron, who often went by alias Mukhlas, and Ali Imron were also convicted in the attack. Amrozi and Mukhlas, along with a third bomber, Imam Samudra, were executed in 2008. They never expressed remorse, saying the bombings were meant to punish the US and its Western allies for alleged atrocities in Afghanistan and elsewhere.

Fauzi found himself on a police wanted list although he was on the Indonesian island of Sulawesi when he received word of the carnage. Fauzi was never charged for the bombings, but he spent months in police detention in Jakarta.

Another bomber, Ali Imron, was spared execution and sentenced to life in prison after showing remorse and divulging the plot to investigators.

The Bali bombing remains JI’s most spectacular attack. Though there have been several others since, but none as deadly. Analysts credit a crackdown that has netted more than 2500 militants between 2000 and 2021, including the death of several key leaders in police action.