AUSTRALIA'S brutal lockdown has seen protesters covered in pepper spray and pinned down to the ground in clashes with cops.

More than 1,000 demonstrators poured into central Melbourne to protest against lockdown on Saturday and were met by hordes of anti-riot police. 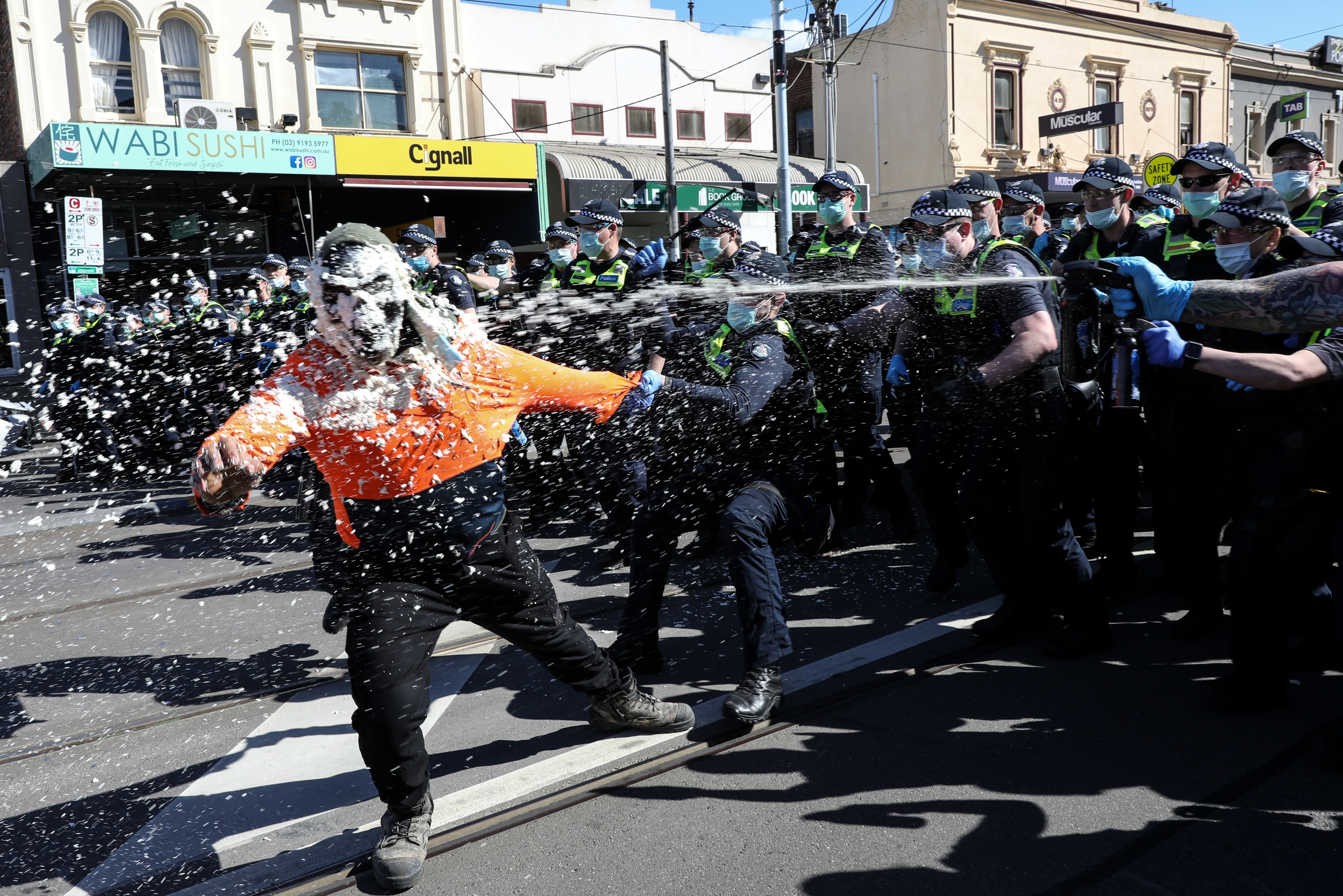 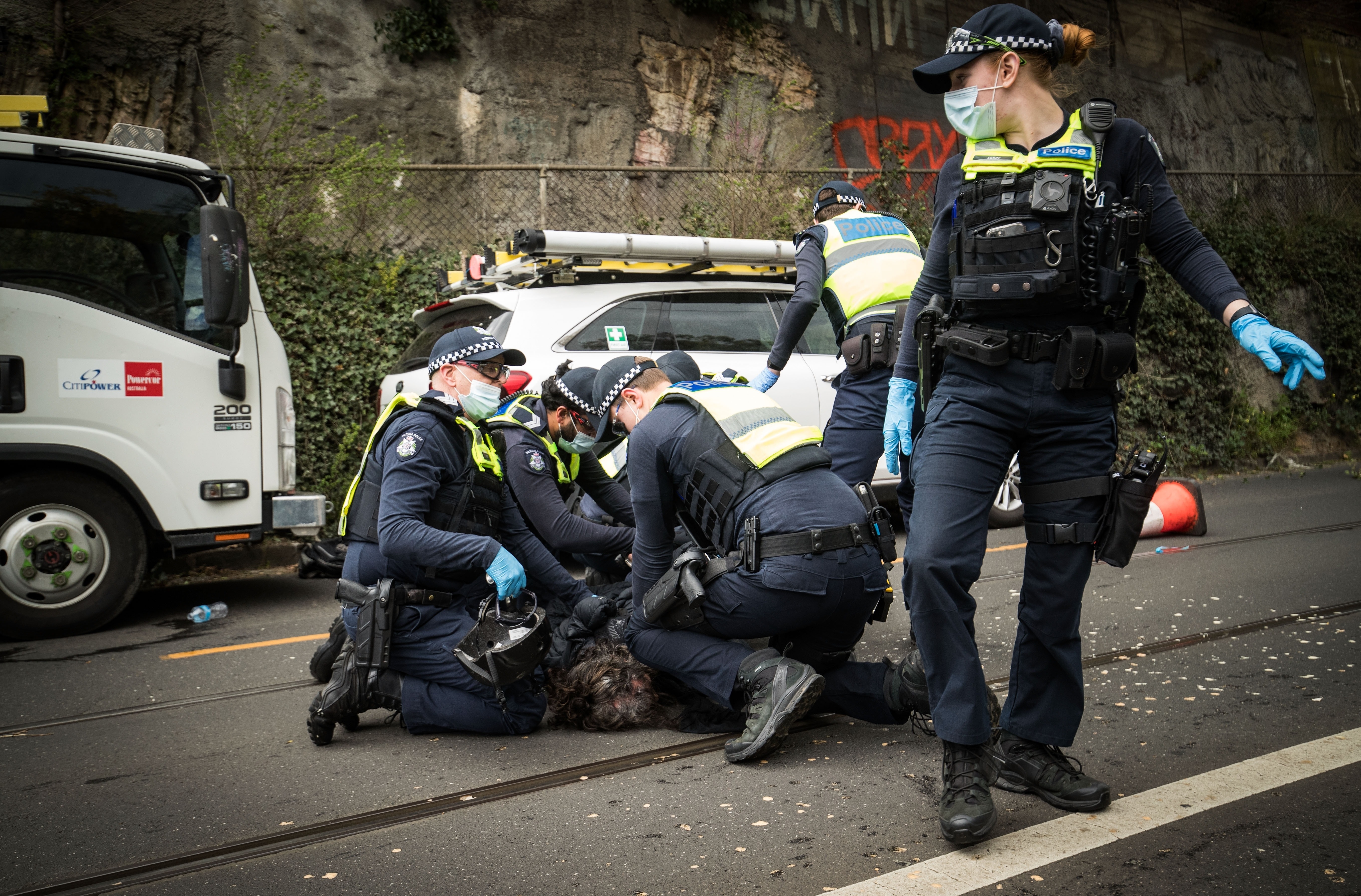 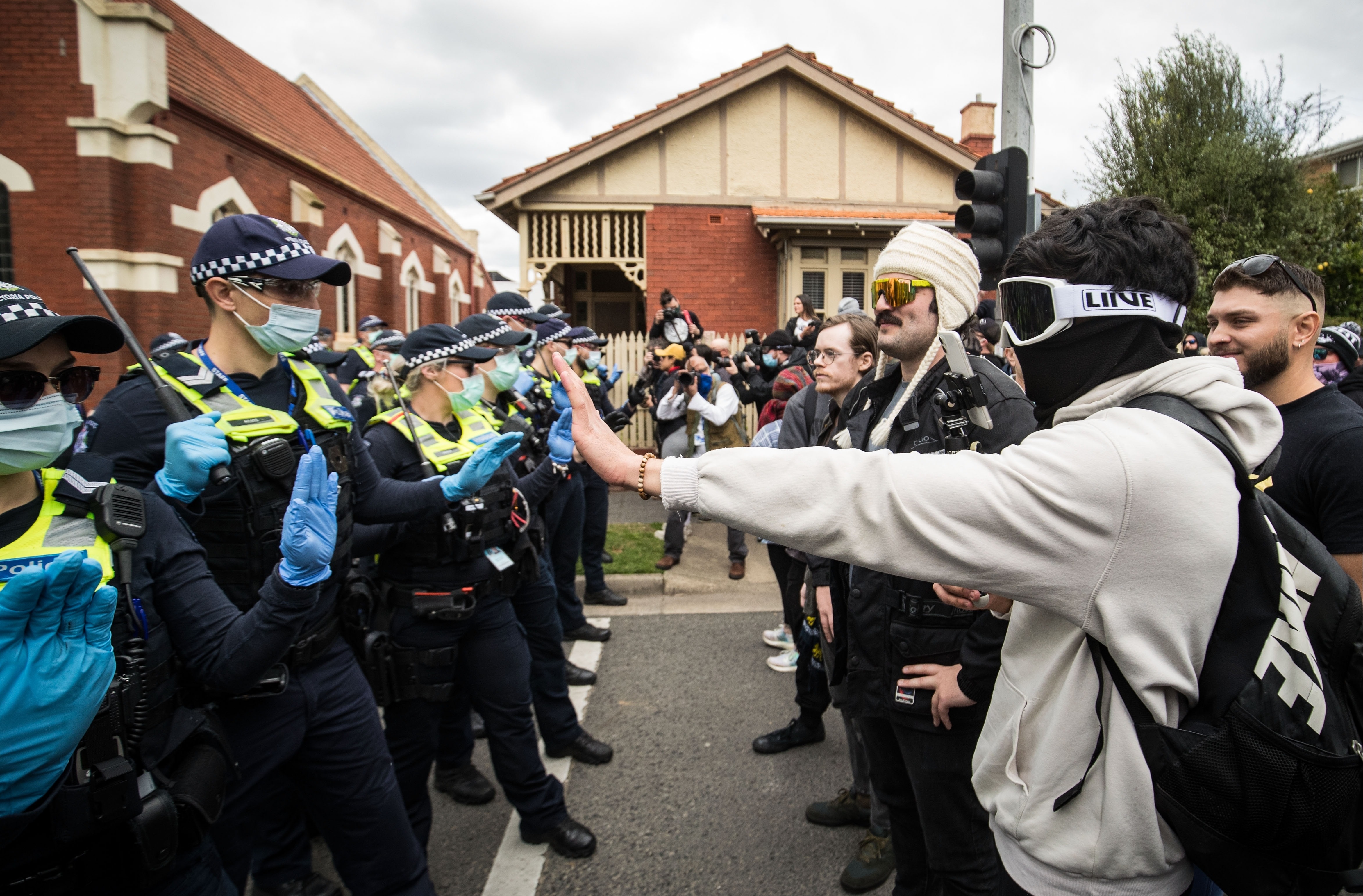 Australia is imposing one of the world’s strictest lockdowns- despite the extremely low infection cases.

Melbourne has spent 228 days in lockdown since March 2020 and is set to clench the grim world record for having spent the most days under stay-at-home rules when it passes Buenos Aires on September 23.

In Sydney, 32 were arrested and 256 fines handed out as thousands of police circled the city.

Thousands more protested in large rallies in Brisbane and Perth.

But protests quickly turned violent when demonstrators began hurling bottles, stones and other objects at police.

In Melbourne, 235 people were arrested, with 193 being link to direct breaches of Covid restrictions.

More than 2,000 officers were involved in their overall operation.

Crowds began gathering around 12:30 local time and sat down on the road after being surrounded by officers with batons and pepper spray.

A video posted on Twitter showed an officer being hit in the face with a bottle after he sprayed into the crowd.

One protester is seen shouting "no one has died from Covid" while anotheryelled at police to "take off your badge and stand with us".

The crowd marched through the streets attempting to evade officers but were cut off at on a highway.

There, police shot pepper spray into the crowd, leading protests to respond with projectiles.

Police could also be seen pushing people back who were fleeing from them.

The protesters then broke through a line of police by charging straight at them.

One officer appeared to be trampled and another was flung to the ground.

The rally coincides with the relaxation of some measures in Melbourne for people who are double-jabbed.

It comes as anger mounts over Australia's brutal lockdown rules that, in once instance, saw police prevent mourners from watching funerals from their cars.

Grieving families who parked up at Rookwood cemetery in New South Wales desperately tried to catch a glimpse of their loved ones' funerals but were turned away by cops who enforced the country's strict Covid rules.

Under the current Covid rules only ten people are allowed to attend a funeral.

Devastated mourners told the Guardian that three families gathered at the cemetery, wearing face masks and practising social distancing to watch the funerals from their cars.

They said that suddenly around ten police vehicles turned up, knocked on their car windows, and instructed them to leave.

Tensions mounted as furious family members said if they could not even fulfill the Muslim traditions for their dead, then they at least wanted to watch the burials.

But cops insisted there were a "large number of attendees breaching current public health orders."

Four men were arrested during the incident.

The lockdown has become so brutal it drove Darko Desic, 64 – an escaped convict on the run for 30 years – to hand himself over to police after deciding life was better on the inside.

Desic was 13 months into a three-and-a-half year sentence when he sawed through his prison cell bars and escaped in the middle of the night in 1992.

But on Sunday morning, he walked into a police station in Sydney and told baffled cops he wanted to go back to prison – because Australia's draconian lockdown had left him homeless.

Cops have also begun confiscating beers being delivered to those stuck indoors.

Residents of the Common Ground housing estate complained packages with booze in them, sent by friends and relatives, were being searched before being delivered.

One resident, an artist with the Twitter handle Ms Saffaa, said: “Hey NSW Police, Common Ground residents are wondering what happened to the alcohol and tobacco items dropped off to them last night?

“And under which powers are you allowed to confiscate them? Last time I checked these are legal to consume in this country.

“A member of our community has delivered multiple hampers of fresh food, alcohol, and cigarettes, however the alcohol and some cigarette packs have been removed.

“NSW police are systematically searching our package, mail, and our belongings and now we have items missing.”

Another resident, Robin Elhaj, said: “They are searching all bags and things coming into the building. They confiscated a series of gifts.”

Residents are allowed to receive a ration of one of the following – six beers or pre-mixed drinks, one bottle of wine, or one 375ml bottle of spirits, news.com.au reports. 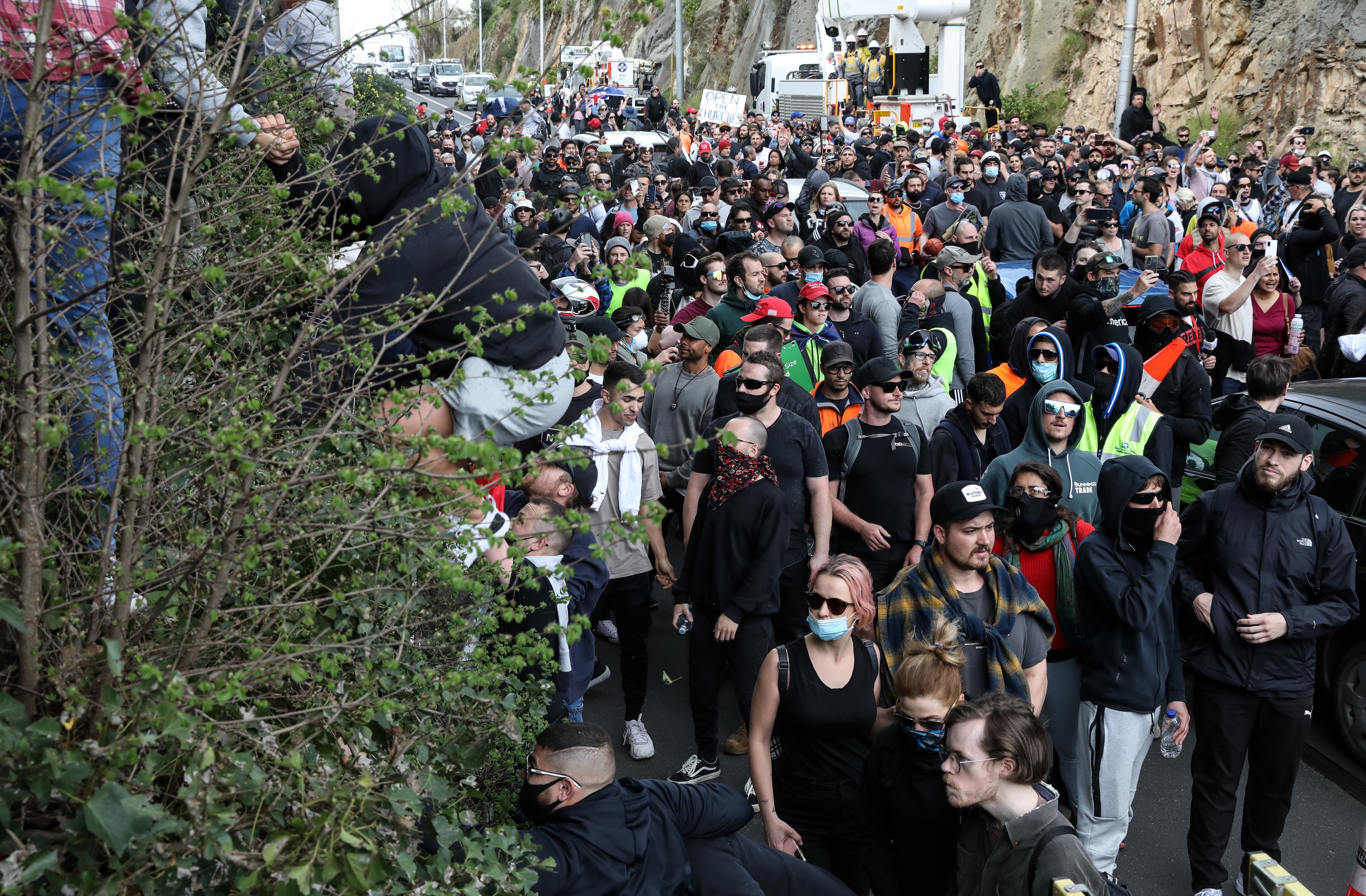 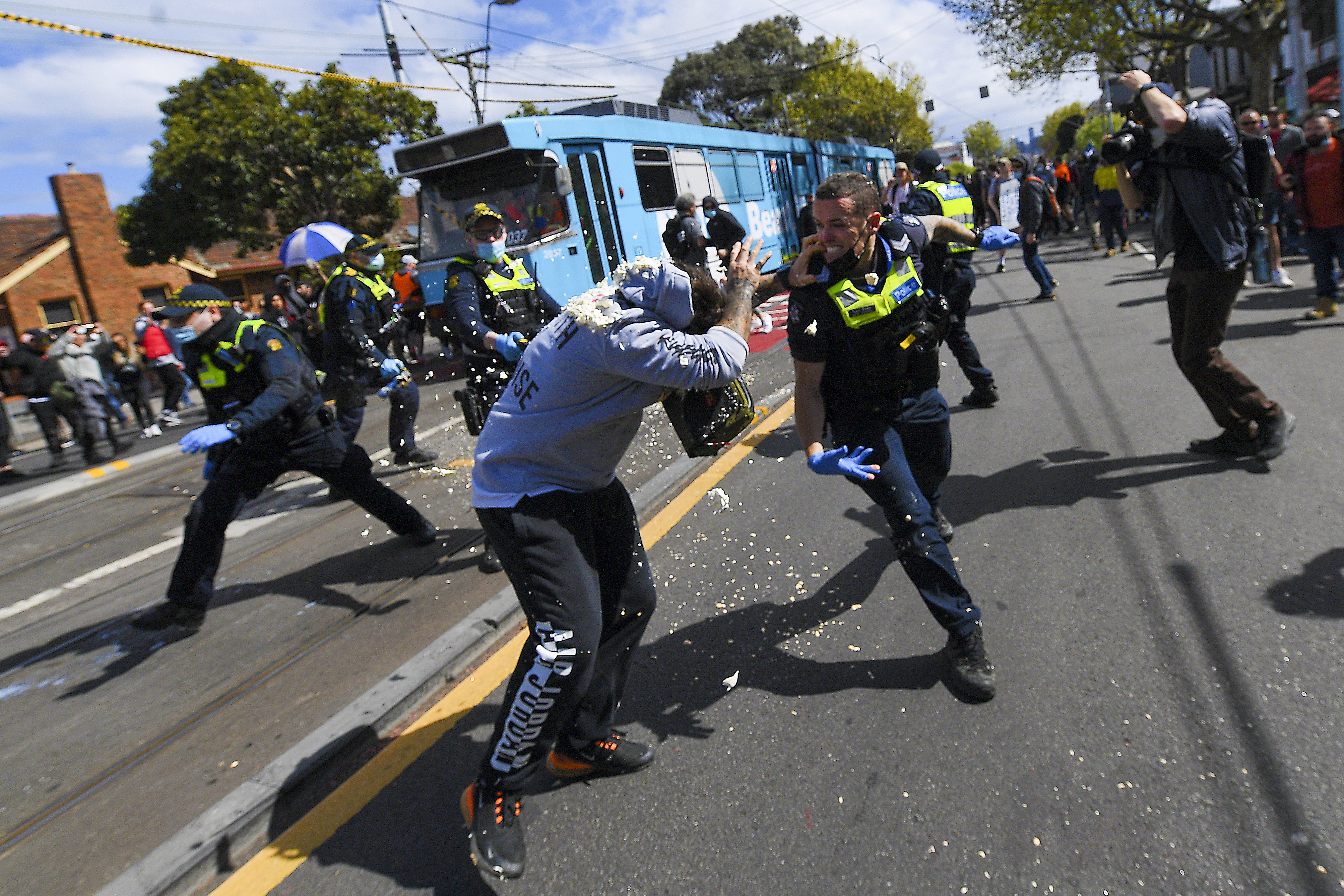 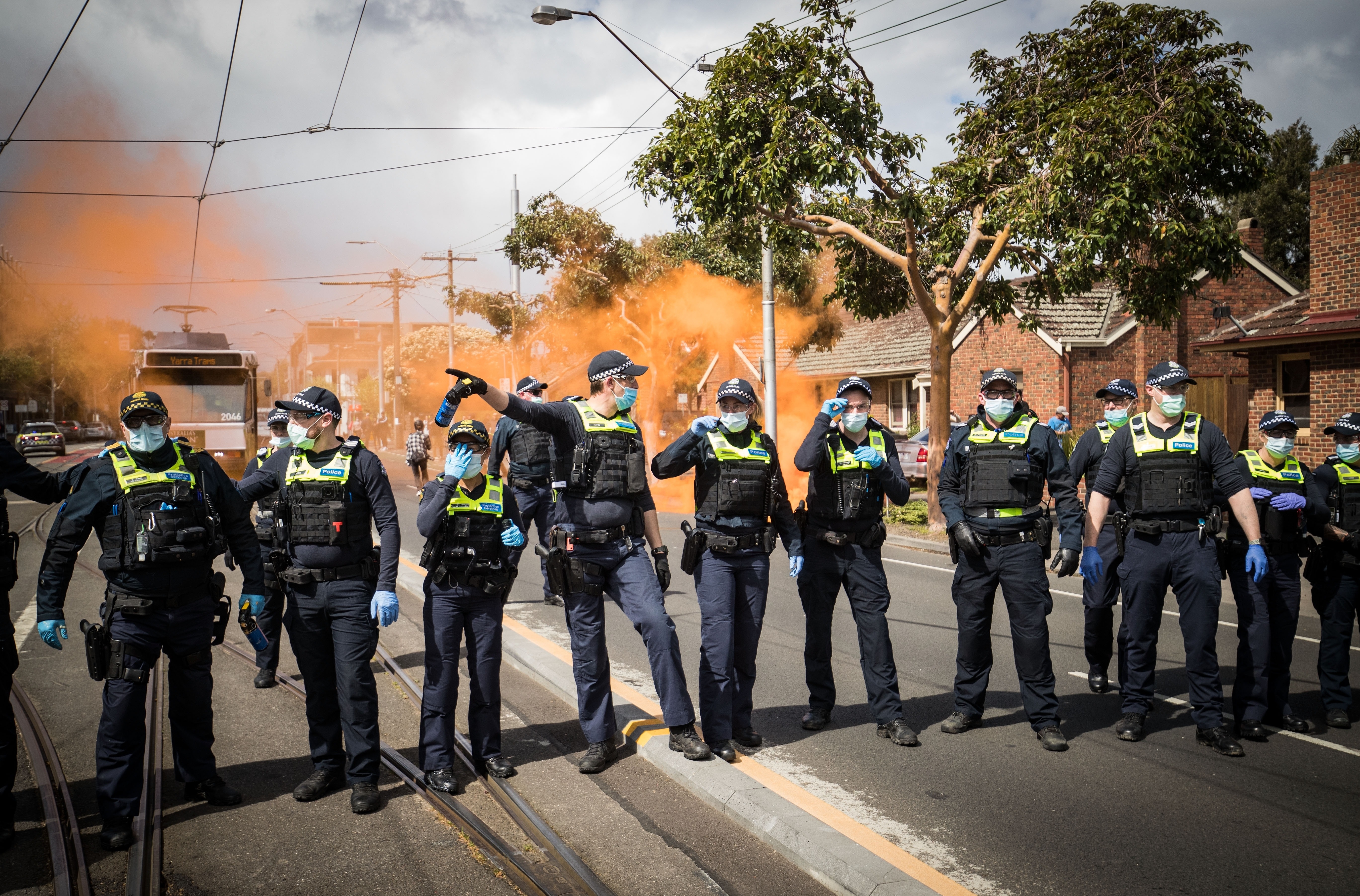