Our live coverage of the extreme weather is free for all readers. Please consider supporting our journalism with a subscription.

Nadal pulls out of Wimbledon due to injury, Kyrgios advances to final

Back to the UK now, where tennis great Rafael Nadal announced just minutes ago that he was withdrawing from Wimbledon due to injury.

The news means Australia’s Nick Kyrgios will advance to his first grand slam final on Sunday, when he will take on either Serbia’s Novak Djokovic or Britain’s Cameron Norrie for the championship. 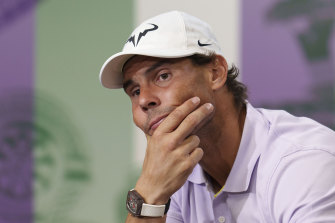 Rafael Nadal has withdrawn from Wimbledon due to injury.Credit:AP

“The communication is too late because I was thinking the whole day of the decision to make,” the Spanish player told reporters on Friday morning (AEST).

“These are very tough circumstances.”

The seriousness of Nadal’s latest injury had been called into question as the veteran warrior fought to be fit for the much-anticipated showdown with Kyrgios.

Nadal appeared to adjust his serving motion during a practice session at the All England Club on match eve.

The 22-time grand slam champion had overcome a painful abdominal strain to battle back from two sets to one down against American Taylor Fritz in Wednesday’s quarter-finals.

“If I keep going the injury is going to be worse and worse,” he said.

Pandemic measures including home delivery of medicines and subsidised Telehealth appointments should be reinstated to allow easier access to antivirals, doctors and pharmacists say, with an older cohort of people catching COVID-19 in the latest wave. 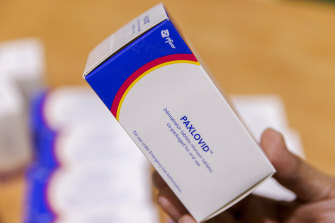 Paxlovid has been listed on the PBS for at-risk groups.Credit:Bloomberg

The service was a federal government initiative that covered home delivery of medicines to people who were in isolation or vulnerable.

“These people understand the importance of getting antivirals early, but if they don’t have family and friends who can pick it up for them, the only thing they can do is walk into a pharmacy,” Sim said.

People with COVID-19 are allowed to leave the home to access healthcare. However, Sim said bringing the virus into pharmacies was not ideal and the reason for the delivery program had not gone away.

Good morning and welcome to our rolling coverage of the day’s news for this Friday, July 8.

It’s been an eventful past 24 hours in the UK, where Boris Johnson was forced to step down as prime minister following the dramatic resignations of more than 50 members of his government. 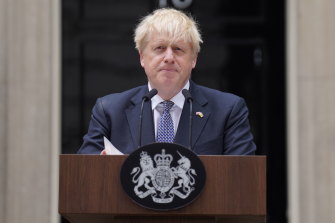 Just after 9.30pm on Thursday (Australian time), Johnson walked out to a lectern outside 10 Downing Street to deliver his resignation speech, saying the mass mutiny had made his position untenable.

“It is clearly now the will of the parliamentary Conservative Party that there should be a new leader of that party and therefore a new prime minister,” he said.

Johnson did not become emotional, nor did he apologise for the behaviour that brought the 58-year-old politician to this low point. Instead, he blamed a herd mentality in Westminster for his removal, saying: “them’s the breaks”.

He will remain as a caretaker prime minister while a Conservative leadership election takes place and has pledged his support to whomever replaces him in the role.

And below is analysis and opinion of this big moment in UK politics: