A human skull and other bones dating back 2,500 years have been unearthed by workmen on a Scottish Highlands estate owned by Danish ASOS billionaire Anders Holch Povlsen.

The partial skeleton, from the Iron Age, was discovered by builders on the tycoon’s 18,000-acre Eriboll Estate, in Sutherland.

They found the bones under a large boulder earlier this year while working on a major project to restore the estate’s stone walls.

Detectives from Thurso in Caithness investigated and sent the find away for analysis.

They have now told Mr Povlsen’s company Wildland Ltd that the bones date back to the Iron Age.

Mr Povlsen, 48, who is Scotland’s richest man, worth nearly £5billion, is also the country’s largest private landowner with around 220,000 acres under his control. 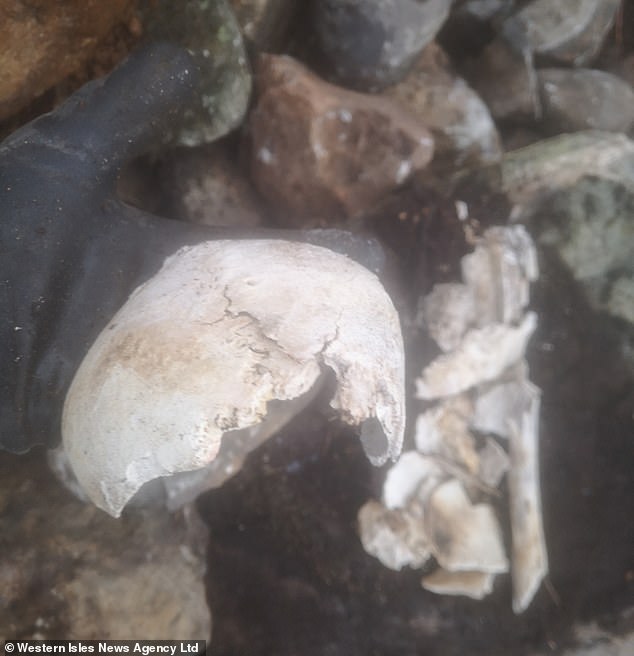 A human skull and other bones (above) dating back 2,500 years have been unearthed by workmen on a Scottish Highlands estate owned by Danish ASOS billionaire Anders Holch Povlsen 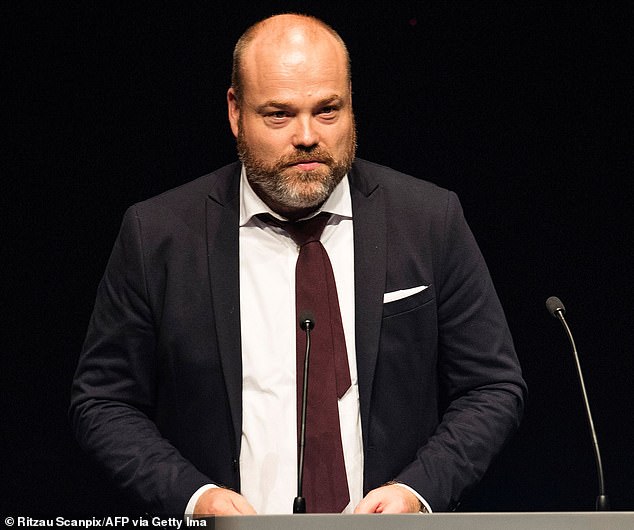 The partial skeleton, from the Iron Age, was discovered by builders on the tycoon’s 18,000-acre Eriboll Estate, in Sutherland. Mr Povlsen (above), who is worth nearly £5billion, is Scotland’s largest private landowner with around 220,000 acres under his control

Andrew Adamson, estate manager for Wildland Ltd, said the dykers (a Scots term for a stone wall builder) were not shocked at the find as they had worked on World Heritage sites around Europe and Russia.

The skeleton was found on a hill above Kempie Bay.

Mr Adamson said: ‘The skull and bones were placed under a large boulder at the bottom of scree. It was obvious from the start they were pretty old.

‘The stone dykers were pretty realistic about the find. They just said they had found a pile of bones. They were probably placed there all those thousands of years ago.

‘There is quite a lot of archaeology in the area. A quern stone ( a stone tool for hand-grinding a wide variety of materials) believed to be from the same period has also been found.’

It is hoped that a team of professional archaeologists will now explore the area’s ancient history. 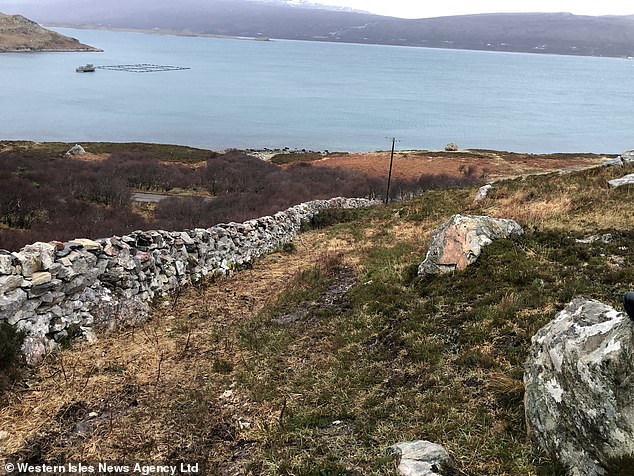 The workmen found the bones under a large boulder earlier this year while working on a major project to restore the estate’s (above) stone walls. The skeleton was found on a hill above Kempie Bay 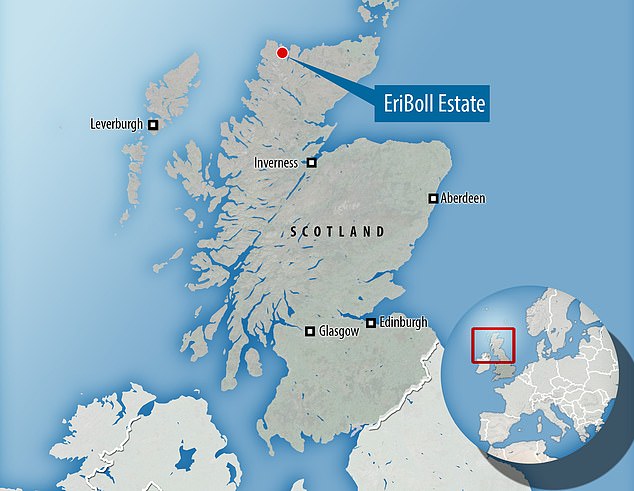 Anders Holch Povlsen, worth almost £5billion, is the owner of the international fashion business Bestseller and the biggest shareholder in the British online fashion company ASOS.

He is also Scotland’s biggest landowner, where he owns over 200,000 acres across 11 estates.

It is all a long way from the tiny Danish town of Brande, with a population of just 7,000, where Povlsen’s father, Troels, opened the family’s first clothes store in 1975. 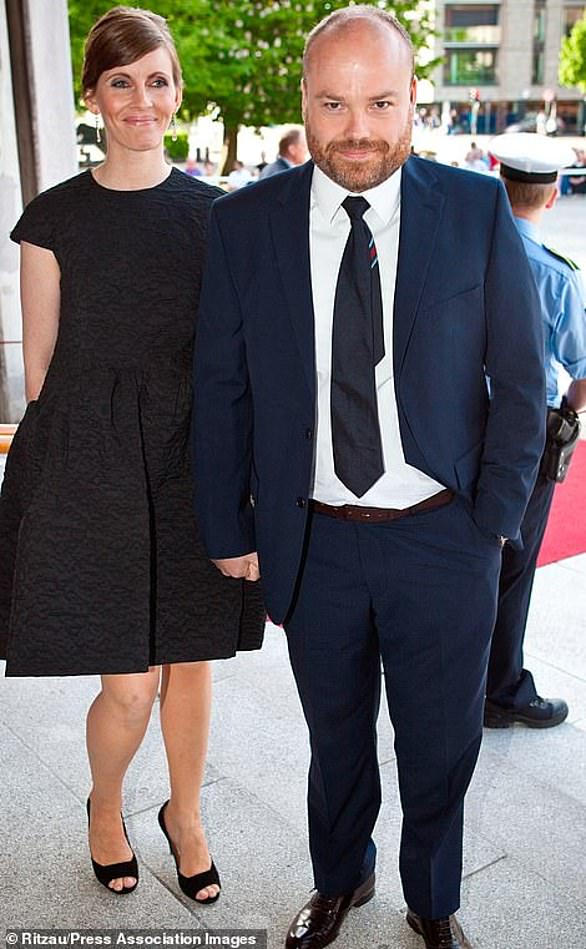 Anders Holch Povlsen owns brands such as Jack & Jones and Vero Moda, and 27% of ASOS.com, Britain’s biggest internet fashion retailer. He and his wife, Anne (above together), tragically lost three of his children – Alfred, five, Agnes, 12, and Alma, 15 – in the Sri Lanka terrorist attacks in April last year

Other outlets soon followed. And Anders was only 27 when Troels made him the sole owner of Bestseller.

By 2007, it was so successful that supermodel Gisele Bundchen was hired to promote it.

Partial to a single malt and locally brewed real ale, he is known to visit local pubs in Scotland but rarely says much about himself.

He owns brands such as Jack & Jones and Vero Moda, and 27 per cent of ASOS.com, Britain’s biggest internet fashion retailer. 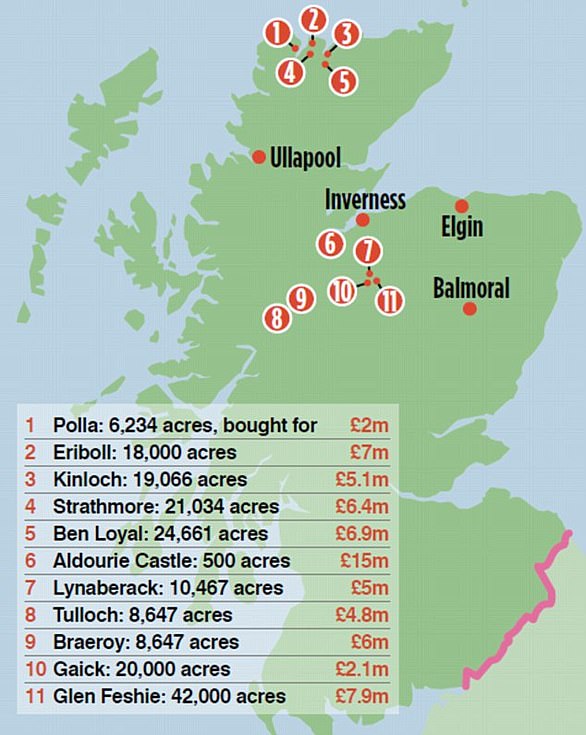 Mr Povlsen has bought 11 Scottish estates (pictured as of 2016)

Although he lives in Denmark, he regularly travels to Scotland on holiday and has repeatedly stated his love for the country’s scenery.

He and his wife, Anne, tragically lost three of his children – Alfred, five, Agnes, 12, and Alma, 15 – in the Sri Lanka terrorist attacks in April last year.

The children were among 253 victims killed in a series of church and hotel explosions on Easter Sunday.

Only their youngest daughter, Astrid, then ten, survived the attacks and the couple said that they remain ‘genuinely grateful’ that she is still alive.

ASOS billionaire is locked in row over plans for a tourist village with its own restaurant, bakehouse, shop, hotel and microbrewery in remote part of the Scottish Highlands

Anders Holch Povlsen has been locked in a row over plans to create a tourist resort in an idyllic and remote part of the Scottish Highlands, it was reported in February.

He wants to build the development in a village off an iconic Scottish tourist route known as the North Coast 500. 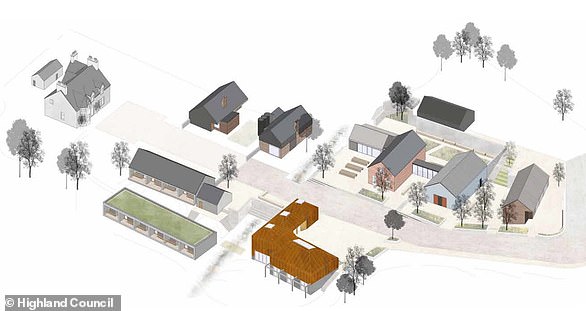 The Danish tycoon hopes to build a tourist resort in the Scottish Highlands that would include a restaurant, bakehouse, stonecutters, shop, a hotel and a microbrewery

His plans for a tourist hotspot in the Highlands have been slammed by rival hotel owners, who say it will affect their business and deprive them of trade.

Under the plans submitted last December, the tourist attraction would be located in Tongue, a village off the North Coast 500.

If approved, the project would include a restaurant, bakehouse, stonecutters, shop, events space, a hotel and a microbrewery.

When a group of uninvited fishermen parked their cars on his estate, Mr Clark brought out a digger and, around the anglers’ vehicles, dug a moat that they had to fill in before they could leave.

During the lambing season, he hung the carcasses of knocked-down lambs from road signs to demonstrate the effects of excessive speed.

On one occasion Clark refused to sell a house on the estate in case it fell into the hands of an English person.

In 1998, he needed help with herding a flock of sheep off an uninhabited island and called in a Marine commando unit, one of whom was injured after being butted by a ram.

He denied wasting taxpayers’ money. ‘Getting the sheep off took about an hour,’ he said. ‘In exchange, the Marines had the free use of my land and nine miles of coastline for a week. It was a hell of a good deal for them and the taxpayer.’

Mr Clark also loved fast cars. The car shed at Eriboll was full of worn-out vehicles, most of them extravagantly covered in bird droppings because Alan Clark, a noted lover of wildlife, insisted on cutting holes in the door for migrating swallows.