Asda start petrol price war by slashing its unleaded by 5p a litre and earns praise from the AA and RAC – but will others follow suit?

Supermarket giant Asda has threatened to spark a petrol price war after slashing the cost of petrol and diesel in a boost for Britain’s beleaguered drivers.

Those filling up their vehicles will now pay on average £1.74 for a litre of unleaded and £1.85 for diesel at 323 Asda-owned forecourts across the country.

Motorists and industry groups including the AA and RAC hope the decision to cut prices by 5p and 3p a litre respectively will drive costs down at the pump elsewhere.

‘That’s potentially a fiver off a tank for those filling up this weekend, compared to the artificially-high prices on too many major retailer forecourts and in too many towns.’ 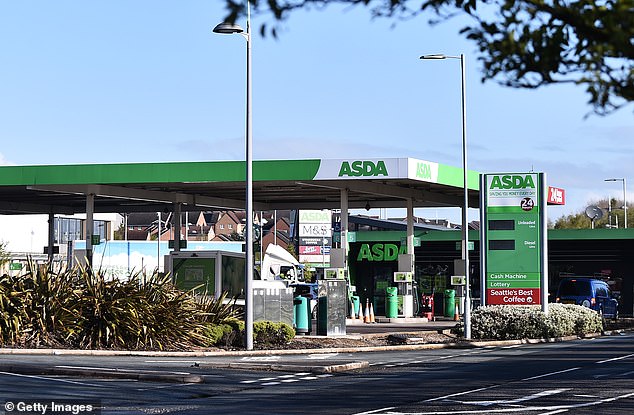 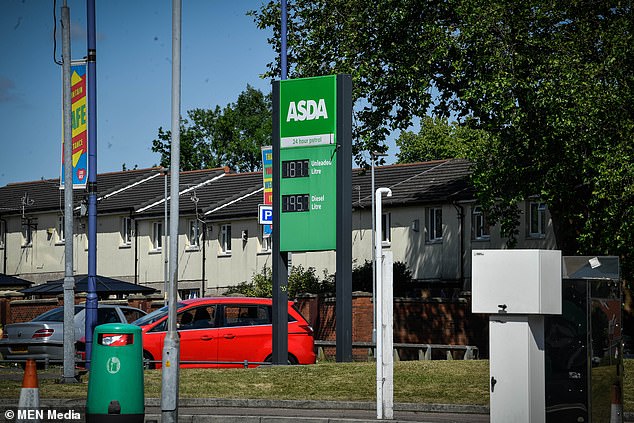 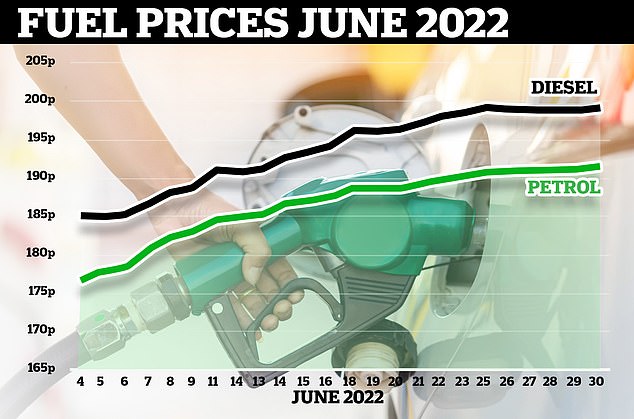 Petrol prices have surged to consecutive record highs as drivers were told to brace for misery at the pumps following Russia’s invasion of Ukraine.

RAC fuel spokesman Simon Williams commented: ‘It’s definitely good news for drivers. Hopefully this will cause other retailers to lower their prices.

‘But it really should have come weeks ago because the wholesale price of petrol has been falling for seven consecutive weeks.’

Major supermarket brands and suppliers have faced a furious public for failing to drop prices in line with falling wholesale fuel prices since the record highs of July.

Soaring fuel costs also come as a blow to families embarking on their summer staycations.

Motorists were rocked with dizzying prices last month as the average cost of a litre of fuel smashed through the 191p mark for the first time.

Consumers, already struggling with an unprecedented cost-of-living crisis, have  reacted with protests that have ground parts of Britain’s major roads to a halt.

Chancellor Nadhim Zahawi has admitted ‘nothing is off the table’ amid renewed calls for cuts to fuel duty costs after his predecessor Rishi Sunak implemented a 5p a litre reduction back in March.