That's all for today

That's all from us tonight – but if you're still in the mood for some blog fodder, you can head over to the our live AFL coverage tonight’s preliminary final between the Geelong Cats and Brisbane Lions or if footy isn't your thing, we've also got a live blog of the New Zealand election results.

We'll be back tomorrow morning for a big day of coronavirus-related news for Victoria where our next steps out of lockdown will finally be revealed.

Premier Daniel Andrews is expected to announce the changes before 1pm although there is a history of things being delayed on Sundays.

Before I sign off here's a round up of the biggest stories today:

Take care of one another, stay safe and goodnight.

The Federal health department has now also backed up acting Immigration Minister Alan Tudge's assertion that Victoria's Chief Health Officer Brett Sutton was indeed in attendance at the October 12 meeting of the Australian Health Protection Principal Committee where the matter of onward travel for NZ travellers from NSW was discussed.

We've not long received a statement from the department which seems to directly contradict Professor Sutton's claim today that he was not at the meeting.

"The matter of onwards travel from NSW for arriving travellers from NZ was discussed at AHPPC on Monday 12 October. No objections were raised," the statement reads. 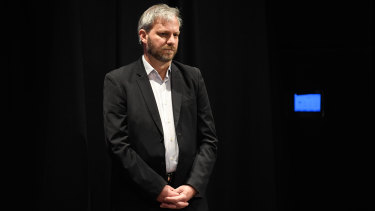 "The establishment of a safe travel zone with New Zealand was announced on 2 October.

"It was also discussed at AHPPC on 12 October, including that arrivals would be able to on-travel from NSW. All Chief Health Officers were present. The AHPPC also met with representatives of ABF on Tuesday 13 October to discuss the arrangements."

Earlier today Professor Sutton was directly asked about the October 12 meeting, to which he told The Age: "I wasn't there on Monday".

We have requested a response from Professor Sutton.

Two crew members on board two separate bulk carriers berthed off the coast of Western Australia have tested positive for COVID-19.

The vessels are the third and fourth ship to sail into WA waters with COVID-19 cases on board in less than three weeks, sparking a call by Health Minister Roger Cook for increased safety measures.

The men were travelling onboard the livestock carriers Key Integrity and Al Messilah which are currently docked at the ports of Geraldton and Fremantle.

It's been a bizarre 24 hours in the relationship between the Victorian state and federal government after 17 travellers from New Zealand ended up in Melbourne last night, fresh from a flight from Sydney where they landed under new 'bubble' arrangements between NSW and New Zealand.

The saga unfolded late into the night on Friday night Victorian agencies scrambling to find out how the Kiwis entered Victoria, which is not receiving international travellers and is not part of the 'bubble' arrangements.

Thanks so much for joining me. I'm done for the day but the live blog will be running for a few more hours with the brilliant Rachael Dexter leading the charge.

Please have a great afternoon and evening and I'll see you all early tomorrow morning for our Sunday live blog.

See you all later!

Three women who thought the five kilometre travel ban was no longer in force in Melbourne were among 53 people fined by police in Victoria in the past day for breaching coronavirus restrictions.

The trio were questioned at Essendon Railway Station and told police they thought the restriction had been lifted.

Two women who were not wearing face masks on Chapel Street in Prahran were also fined after attempting to avoid police.

Of the 53 fines issued, 13 were for failing to wear a face covering and six were at vehicle checkpoints.

What we know about Victoria's remaining active cases

Overall there are 148 active cases remaining in Victoria, down nine from yesterday.For some perspective: a week ago that figure was 192.

The aged care facilities with the highest number of active cases as of today are:

And the non-aged care outbreaks with the highest number of active cases:

A bit more detail about today's single case of COVID-19 in Victoria today.

The case is linked to a new 'community outbreak' in Hoppers Crossing, according to the Chief Health Officer's daily report.

The outbreak comprises three cases across two households, and includes what was originally called a 'complex case' linked to Woolworths QV in Melbourne's CBD.

"The new case is a known family close contact of that case. There is no evidence of workplace transmission," states the report.

As we reported earlier in the blog, there one new mystery case has been confirmed in the Melbourne area in recent days in postcode 3128 (Box Hill, Box Hill Central, Box Hill South, Houston, Wattle Park).

The current tally for mystery cases recorded of the past two weeks (recorded between October 1 and October 14) is 17.

Opinion: Trump defeat will transform US in way we haven't seen in decades

Whenever seasoned observers of American politics predict an emphatic Joe Biden victory on November 3, we ought to acknowledge we were wrong last time. Like the pollsters and the betting markets, virtually all the pundits thought Donald Trump would lose to Hillary Clinton four years ago.

True, some of us recognised a Republican path to victory. In these pages in September 2016, I argued Trump could win an Electoral College majority if he suppressed the Democratic base vote and at the same time turned out enough of the "great unwashed", especially white working-class constituencies in the Midwestern rust-belt states. Trump shocked us, but he was helped by Clinton, who demeaned his supporters and took her own for granted. 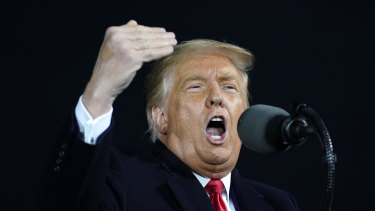 President Donald Trump at a campaign rally in Iowa on Wednesday. Credit:AP

Now, as a campaign that seemed to have started two years ago winds down into its final two weeks, it's a fair bet that, far from scoring another upset victory, Trump really is doomed.

How so? Well, simply put, Americans are in a seriously bad way. Large pluralities think their nation is heading in the wrong direction and their satisfaction with the nation's condition stands near a record low.