The Arkansas State Police made the first arrest on Wednesday in connection with a shooting at a car show Saturday night that left one person dead and 26 others injured.

Brandon Deandra Knight, 22, was taken into custody after being released from the hospital Wednesday morning and charged with first-degree battery and aggravated assault.

The shooting broke out between two people shortly after 7:00 p.m. on Saturday night at the annual “Hood-Nic” event in Dumas, which is about 90 miles southeast of Little Rock. 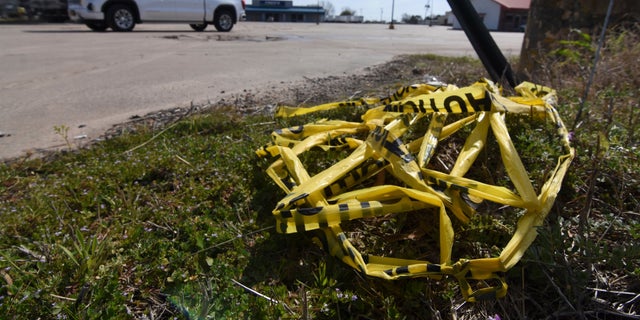 Crime scene tape lies on the ground, Sunday, March 20, 2022 at the scene where a shooting that left over 20 injured and one dead occurred Saturday night in Dumas, Ark.
(Staci Vandagriff/The Arkansas Democrat-Gazette via AP)

Cameron Shaffer, a 23-year-old from Jacksonville, was shot and later pronounced deceased at the Dumas hospital. There was no indication that Shaffer was involved in the shooting, authorities said Sunday.

Five children younger than 11 were wounded, including one toddler who was just 19-months-old.

Brittany Allen, a victim who suffered a gunshot wound to the leg, told KARK that a fight broke out shortly before the shooting. 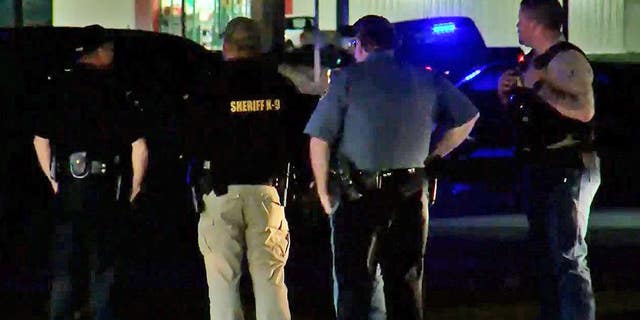 One person was killed and 26 others were wounded in the shooting during a community event on Saturday evening in Dumas, Arkansas.
(FOX 16 of Little Rock)

The Hood-Nic event, which is short for neighborhood picnic, is an annual community event that also features a parade, bonfire, and musical performances and is meant to “rebuild, reunite, and respond to the needs of the youth in our communities.”

“The purpose of Hood-Nic has always been to bring the community together,” the organization said in a statement. “This senseless violence needs to end.”

Knight is being held at the Dumas city jail ahead of a court appearance on Thursday.

One person was arrested after the shooting on “unrelated” charges, authorities said Sunday.

Arkansas Gov. Asa Hutchinson called the incident “a total disregard of the value of life.”

“As the investigation continues, I will examine details to see if there are any steps that could have been taken to prevent this type of tragedy,” he said in a statement on Sunday.