Anti-fraud police boasted of seizing a record £30million from scammer only to hand it back.

City of London Police hailed it as the ‘biggest ever seizure’ by a UK law enforcement agency and told of taking ‘criminal proceeds out of the UK economy’.

The revelation about the return of the money came in extradition hearings for Christopher Hamilton, a 64-year-old British financier who is appealing against a UK court’s decision that he can be sent to the United States.

According to court documents, the father of three was suspected of laundering tens of millions of dollars stolen from investors in OneCoin, a cryptocurrency launched by Bulgarian businesswoman Ruja Ignatova. 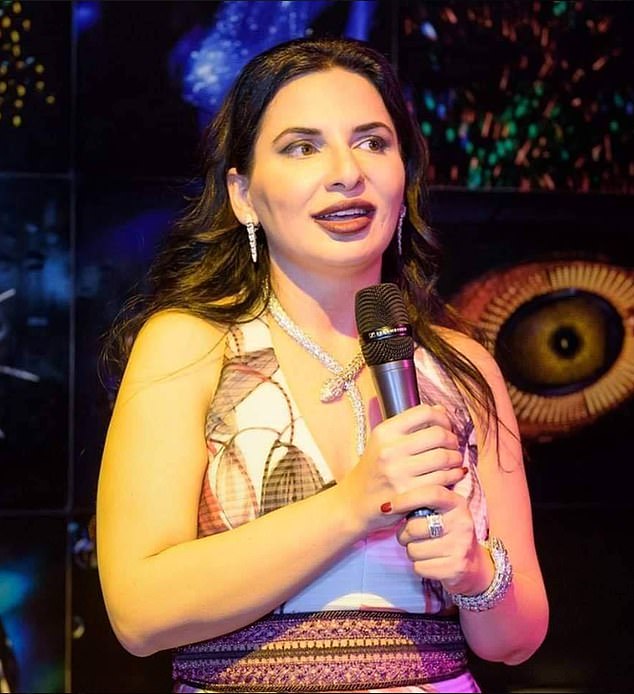 According to court documents, father of three Christopher Hamilton was laundering tens of millions of dollars stolen from investors in OneCoin, a cryptocurrency launched by Bulgarian businesswoman Ruja Ignatova (pictured)

Known as the Cryptoqueen, she is on the FBI’s most-wanted list after vanishing in 2017 when her empire came crashing down. The 42-year-old is accused of cheating as many as million investors worldwide out of £3.3billion.

It is alleged that Ignatova’s lover, US businessman Gilbert Armenta, had approached Hamilton, his deputy Rob Macdonald, and his UK firm Viola Asset Management to launder the OneCoin money.

An FBI investigation allegedly revealed that ‘between 2015 and 2016 Hamilton and Macdonald conspired with others to launder tens of millions of dollars in criminal proceeds’.

Hamilton was arrested in 2016 at his £1.5million Glamorgan home by detectives who had been alerted by HSBC to suspicious transactions. The police said they had seized cheques representing approximately £30million sent by Armenta to Viola. Hamilton maintains his innocence. 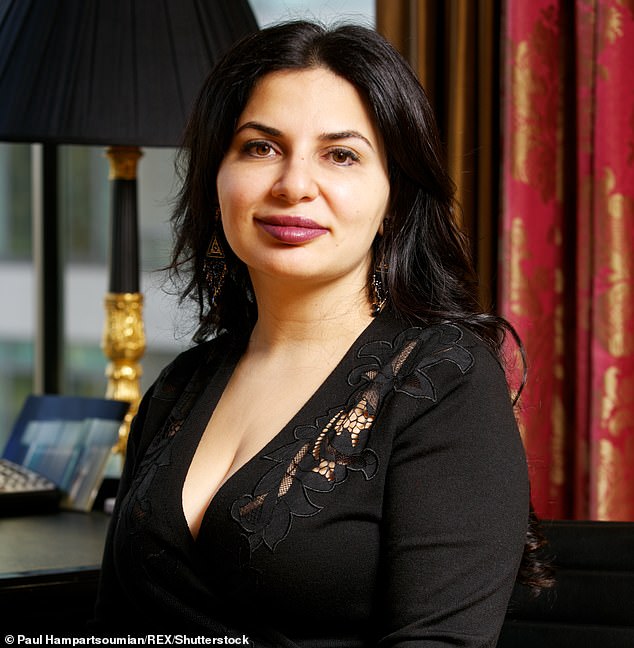 Known as the Cryptoqueen, Ignatova is on the FBI’s most-wanted list after vanishing in 2017 when her empire came crashing down

At the time CLP said: ‘A South Wales man has been arrested by the CLP in possession of banker’s drafts worth £30million in what is believed to be the biggest ever money seizure made by UK law enforcement.

‘The funds are suspected to have been generated from overseas organised crime, including Ponzi schemes… and then laundered through the 58-year-old’s company bank account.

‘His arrest and the massive money seizure is further evidence of how banks and law enforcement are working very closely together to take criminal proceeds out of the UK economy.’

But with a US investigation into OneCoin already under way, CLP dropped its inquiries and approved the return of the cash to Armenta in August 2017.

According to the extradition judgement at Westminster Magistrates’ Court in August, the force agreed to return the funds because it had seized the cash unlawfully.

Jen McAdam, 52, who with family and friends lost £220,000 in the OneCoin scam, said: ‘British investors lost £100million and yet CLP closed the investigation and left the victims out in the cold.

‘The victims are left asking “Why?” They have left the investigation to the US, Germany, and many other countries, and I have witnessed personally how they shrug off their responsibilities.

‘It is a relentless nightmare with horrendous treatment of UK victims who have had no justice or support from the police despite many losing all their life savings, families torn apart and many victims left feeling suicidal. An inquiry is needed now.

‘The CLP has failed UK victims, left so many unanswered questions and they need to be held accountable.’

Simon Fell, vice chairman of the All-Party Parliamentary Group on anti-corruption, said the fiasco showed CLP was ‘not fit for the modern world’.

The Tory MP said it appeared to be a clear case of the proceeds of money laundering ‘being handed straight back to the people responsible for it’.

Armenta was indicted and arrested by the FBI on OneCoin fraud charges in September 2017.

Detective Inspector Paul Curtis of CLP said: ‘As a result of the court ruling, CLP was directed to release the money that we had seized in the course of our investigation.’

The forced declined to comment on why the investigation into OneCoin was dropped.

Ignatova’s lawyers this week made a formal claim to a four-bedroom £13.5million penthouse in London even though she is on the run.