The country’s leading aerospace giant has today announced more than 1,700 job losses at factories in Wales and Bristol.

Job cuts planned by Airbus include some 1,435 at its plant in Broughton, north Wales, and 295 at Filton, Bristol, the aerospace company has revealed.

The company said it had opened talks on its ‘adaptation plan’, which it unveiled earlier this week in response to the collapse in air travel as a result of the pandemic.

Workers at its plant in North Wales are now set to bear the brunt of the cuts. 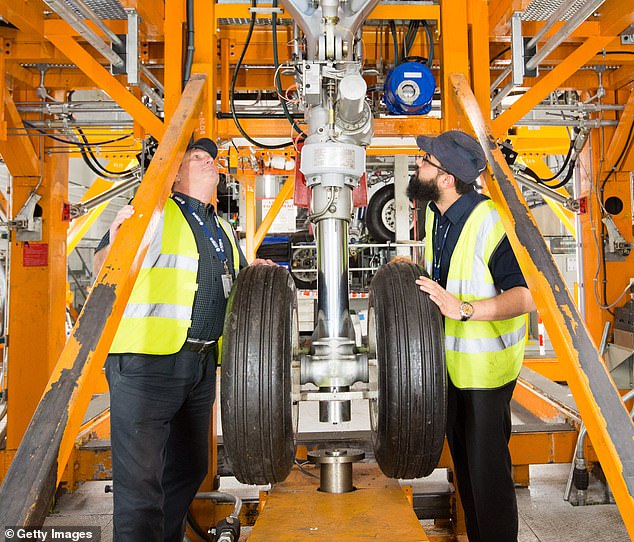 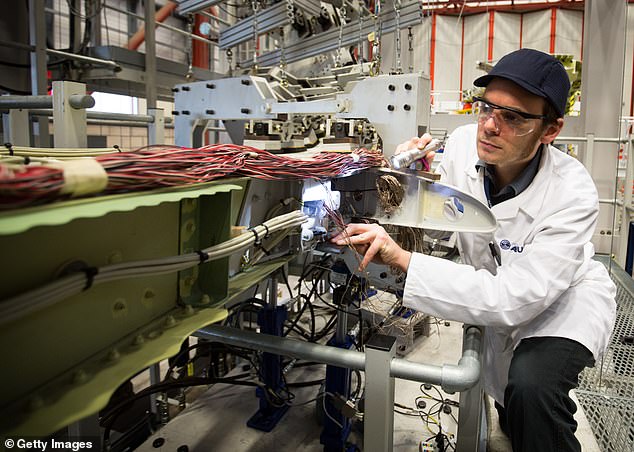 How coronavirus has affected UK airlines and travel operators

Flybe: Europe’s largest regional airline collapsed on March 5 after months on the brink, triggering 2,400 job losses and left around 15,000 passengers stranded across the UK and Europe.

British Airways: The International Airlines Group, which also includes Iberia and Aer Lingus, said on March 16 that there would be a 75 per cent reduction in passenger capacity for two months, with boss Willie Walsh admitting there was ‘no guarantee that many European airlines would survive’. The company has since said it wants to reduce the number of staff by 12,000.

Loganair: The Scottish regional airline said on March 30 that it expects to ask the Government for a bailout to cope with the impact of the pandemic.

Jet2: The airline has suspended all of its flights departing from Britain until April 30. A number of Jet2 flights turned around mid-air last month while travelling to Spain when a lockdown was announced in the country.

Virgin Atlantic: The airline said on March 16 that it would have reduced its lights by 80 per cent by March 26, and this will go up to 85 per cent by April. It has also urged the Government to offer carriers emergency credit facilities worth up to £7.5billion.

Ryanair: More than 90 per cent of the Irish-based airline’s planes are now grounded, with the rest of the aircraft providing repatriation and rescue flights. Ryanair CEO Michael O’Leary said his airline would be forced to shed 3,000 jobs while seeking pay reductions of up to 20 per cent by those who remain.

TUI: Holiday giant Tui is looking to cut up to 8,000 roles worldwide with the firm calling Covid-19 the ‘greatest crisis’ the industry has faced.

Easyjet: The budget carrier is expected to lose up to 4,500 jobs across its entire network including around 1,900 UK employees.

Some 727 of its UK-based pilots are at risk of redundancy, equivalent to about one-third of its pilots in the country.

A statement said: ‘These figures include integrated corporate functions which support all divisions in the UK.

‘This split reflects the significant impact the Covid crisis has had on the UK’s commercial aircraft manufacturing activities which are concentrated in Broughton.

‘Airbus will continue to meet regularly with its trade union partners in the UK in order to identify solutions that will help us implement this adaptation while minimising the social impact of the Covid-19 crisis on the company.’

Peter Hughes, Unite’s Wales regional secretary, said: ‘The level of job losses planned for Broughton are far larger than we originally anticipated and can only bring into crystal-clear focus how urgent the need for UK Government intervention now is.

‘Welsh Government have committed to doing everything they can, but the financial intervention that is now required to support jobs at Broughton can only come from Westminster.

‘Our calls for Boris Johnson’s Government to intervene in the crisis that is engulfing the aerospace sector have so far fallen on deaf ears. They can’t hide anymore, the voices of thousands of workers and their families from across North Wales and north-west England are screaming for help.

‘The governments of France and Germany are already acting to support their aerospace workers. If the UK Government does not do the same then our country’s position as a world leader in the aerospace sector will be consigned to history.’

Daz Reynolds, Unite’s convenor at Broughton, added: ‘Our members at Broughton are devastated to hear of the scale of the job losses for our site.

‘We are a world-class workforce who have built up Broughton to be one of the best manufacturing sites in Europe.

‘The workforce recognises the enormous challenges facing Airbus and are prepared to look at every avenue available to mitigate the proposed job losses.

‘Our position remains that we will not accept one single compulsory redundancy at this site.’

This comes as a union warned the UK’s world-class aerospace industry will be lost forever unless there is urgent action to support the sector through the current crisis.

Unite said its research revealed that almost 12,000 aerospace job losses have been announced in recent months at some of the UK’s biggest companies, including 1,700 by Airbus earlier this week.

The union said it has repeatedly warned that without swift action to support the aerospace industry,  more jobs will go on a ‘vast scale’ and the UK’s crown as an industry leader will be ‘stolen’ by competitor countries.

A study for the union showed that 102,000 workers are directly employed in the aerospace sector, with many thousands more in indirect employment.

The sector has a turnover of more than £38 billion, generating over £9 billion for the UK economy every year.

Unite said it wanted the UK government to follow the lead of countries such as France and Germany and put in place a programme the sector needs to survive, rebuild and recover. 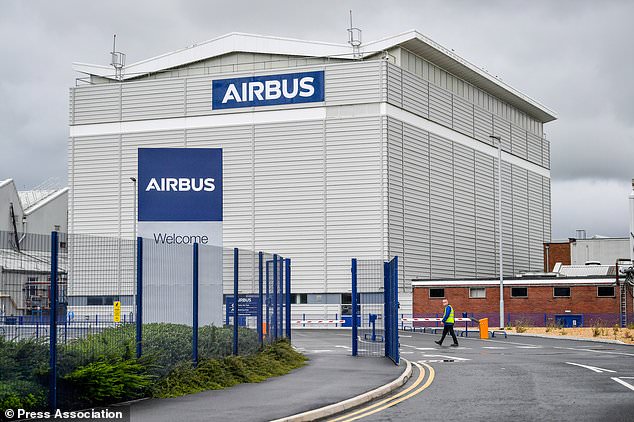