Many of the Marvel Cinematic Universe characters fans first fell in love with have left the franchise. With Black Widow, Scarlett Johansson’s Natasha joins Chris Evans’ Steve Rogers as an original Avenger departing the expansive world. Interestingly, she compares her friendship with him to that of their characters’.

Scarlett Johansson and Chris Evans have worked together a lot 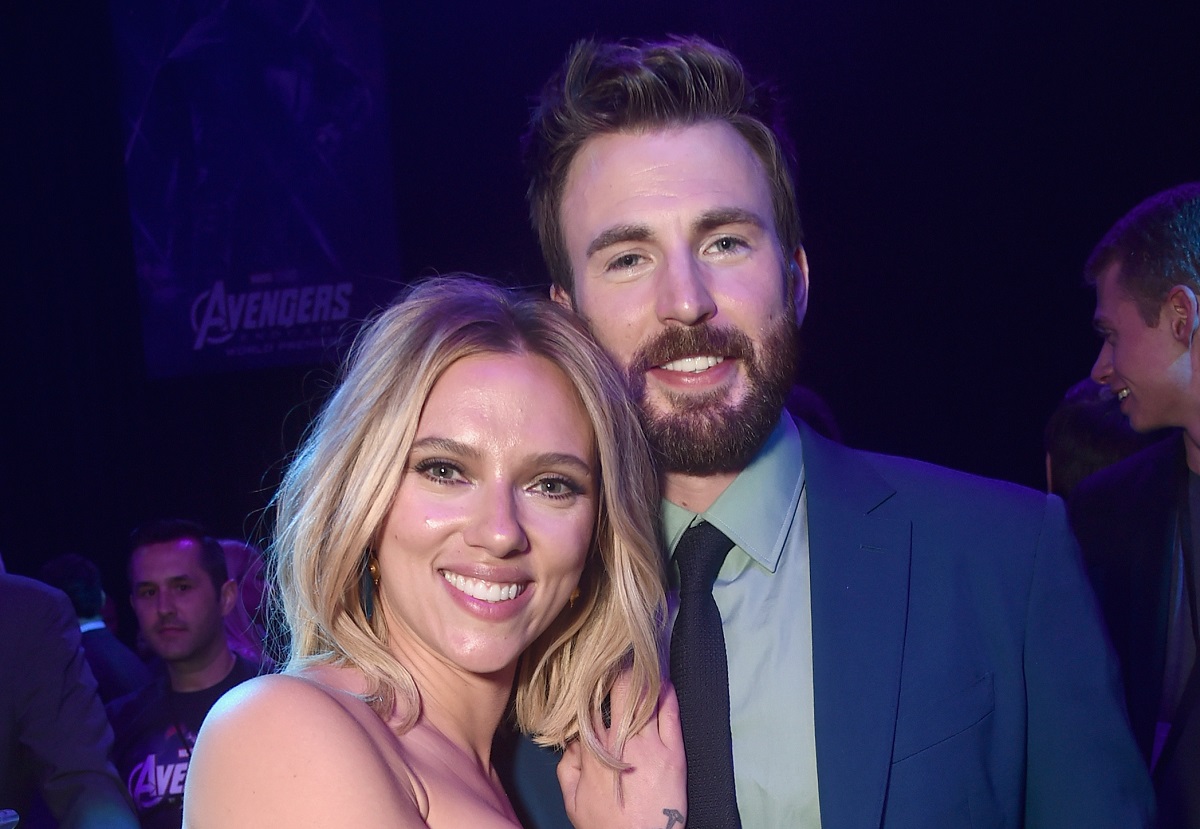 Johansson and Evans may be best known as Natasha Romanoff and Steve Rogers in the MCU. But they acted together years before they started playing superheroes. “The first time we worked together, we did a movie called Perfect Score when I was 17,” Johansson told SiriusXM in 2021. “Chris, I think, was 18 or 19.”

The actor called the 2004 movie “the closest thing I ever had to a college experience” and “a lot of fun.” Just a few years later, Evans portrayed her love interest in 2007’s The Nanny Diaries. Both debuted in the MCU separately before teaming up in 2012’s The Avengers, which, of course, led to several more Marvel entries.

Johansson compares them to their Marvel counterparts

Johansson elaborated on their connection. “I’ve been very close with Chris for such a long time,” she said. “I think Chris and I, we just laugh so much,” she explained, saying, “We both find a lot of humor in things that are ironic. We just have a great friendship.”

Johansson continued. “I think, in a way, the sort of big sister relationship that Nat has with Steve — even though Chris is a couple of years older than me — I think we sort of have that same dynamic.” Of the entire MCU, she added, “We all love each other so much. We’re like this weird, dysfunctional family.”

Johansson and Evans on saying goodbye to Natasha and Steve

After joining the MCU around the same time — Johansson first appeared in 2010’s Iron Man 2, while Evans’ Captain America: The First Avenger premiered in 2011 — both ended their characters’ journeys in Avengers: Endgame. Or at least, it looked that way. Johansson returned once more for 2021’s Black Widow.

When it came to saying goodbye to Steve and Natasha after a decade of playing them, Johansson and Evans looked back positively on their experience. However, they were each ready to move on post-Endgame and Black Widow, having told the story they wanted to tell.

“I think they did a really nice job letting him complete his journey,” Evans told Johansson of his character in a 2019 Variety interview. “I love Natasha,” Johansson told Total Film of her character and her death. “She’s had an incredible 10-year journey, and I felt that she was finally able to make an active choice.”