Stacie Monroe (played by Melissa Dahl) turned up in Virgin River recently after the character previously featured in the Netflix show back in season two. She has been out of the picture for most of the story but has made something of a comeback with audiences looking for a refresher on the character.

Who is Stacie in Virgin River?

Stacie showed up in the aptly titled episode Bombshells, where secrets came spilling out.

Stacie is Mel Monroe’s (Alexandra Breckenridge) sister-in-law and the pair have previously clashed when she showed up in Virgin River the first time.

She is also Mark Monroe’s (Daniel Gillies) sister and is highly protective over her deceased brother.

When Stacie first arrived in Virgin River, she wanted Mel to return Mark’s engagement ring to her. 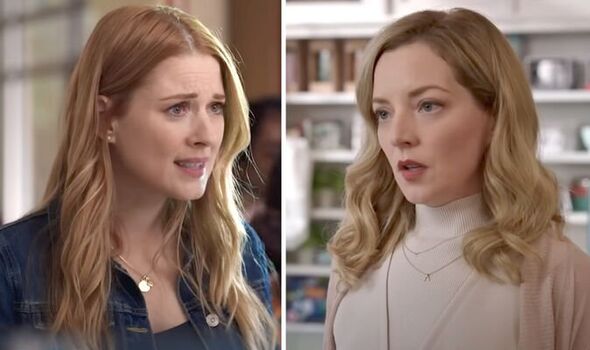 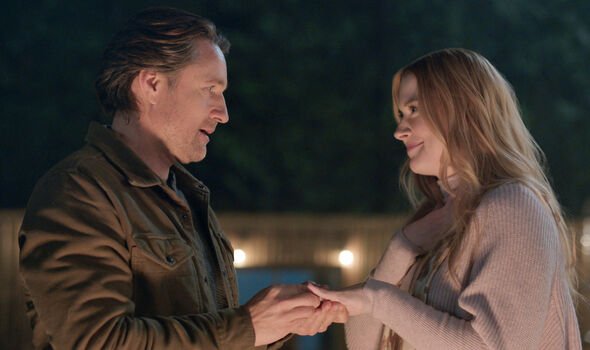 The engagement ring belonged to Mark and Stacie’s grandmother, and she said it should remain in the family.

Mel battled with this, saying she was family even though Mark had died and in the end kept hold of the ring.

In season four, Mel got a call from Stacie, who wanted to catch up with her after so long.

Stacie’s timing wasn’t great after Mel was trying to get hold of Jack Sheridan (Martin Henderson), who was going through a dark time and had hit the bottle to deal with deep-seated trauma. 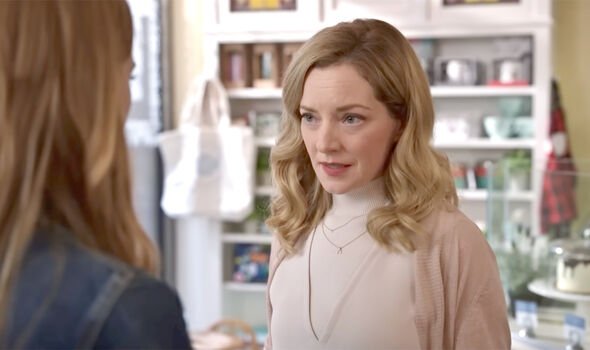 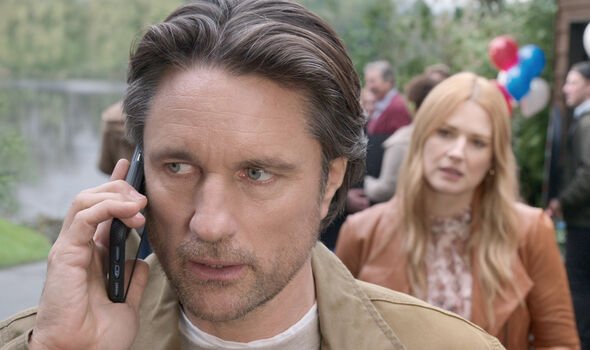 When Stacie and Mel did eventually catch up, apologies were in order from the nurse’s sister-in-law over her demands for the engagement ring.

Stacie even revealed she was planning to name her daughter Monroe in Mark’s memory.

However, Stacie also had a shocking revelation after she said her mother hired a lawyer to seek custody for Mel’s last two embryos.

As fans will remember, Mark and Mel had been trying desperately to conceive without much luck and going through multiple rounds of IVF.

The last argument before his death had even been about whether to continue or give up IVF with Mel wanting to carry on.

Should Mel’s ex-mother-in-law win custody, this would mean she would be raising the baby, giving her the chance to be a grandmother to Mark’s child.

This meant Mel and Jack had to get a paternity test to find out who was the father of the baby to figure out where to go should legal action be taken.

Jack initially didn’t want to know but in the end, Mel found out it was his baby rather than Mark’s and they were expecting a girl.

Season five of Virgin River has already been confirmed after Netflix gave the show a double renewal around series three.

The next outing is likely to be dealing with Mel and Jack’s baby as well as his problems from the past.

With Mel giving birth, Stacie could perhaps be back in town as a well-wisher but we could also see her mother-in-law turning up.

Perhaps Mel’s mother-in-law will want to be part of this baby’s life even if she isn’t the biological grandmother.

For now, fans will have to wait and see what happens with the show only recently going into production and the series diverging from the novels.