Here's everything you need to know about the screenwriter and what his former Blue Peter presenter wife has been up to lately. 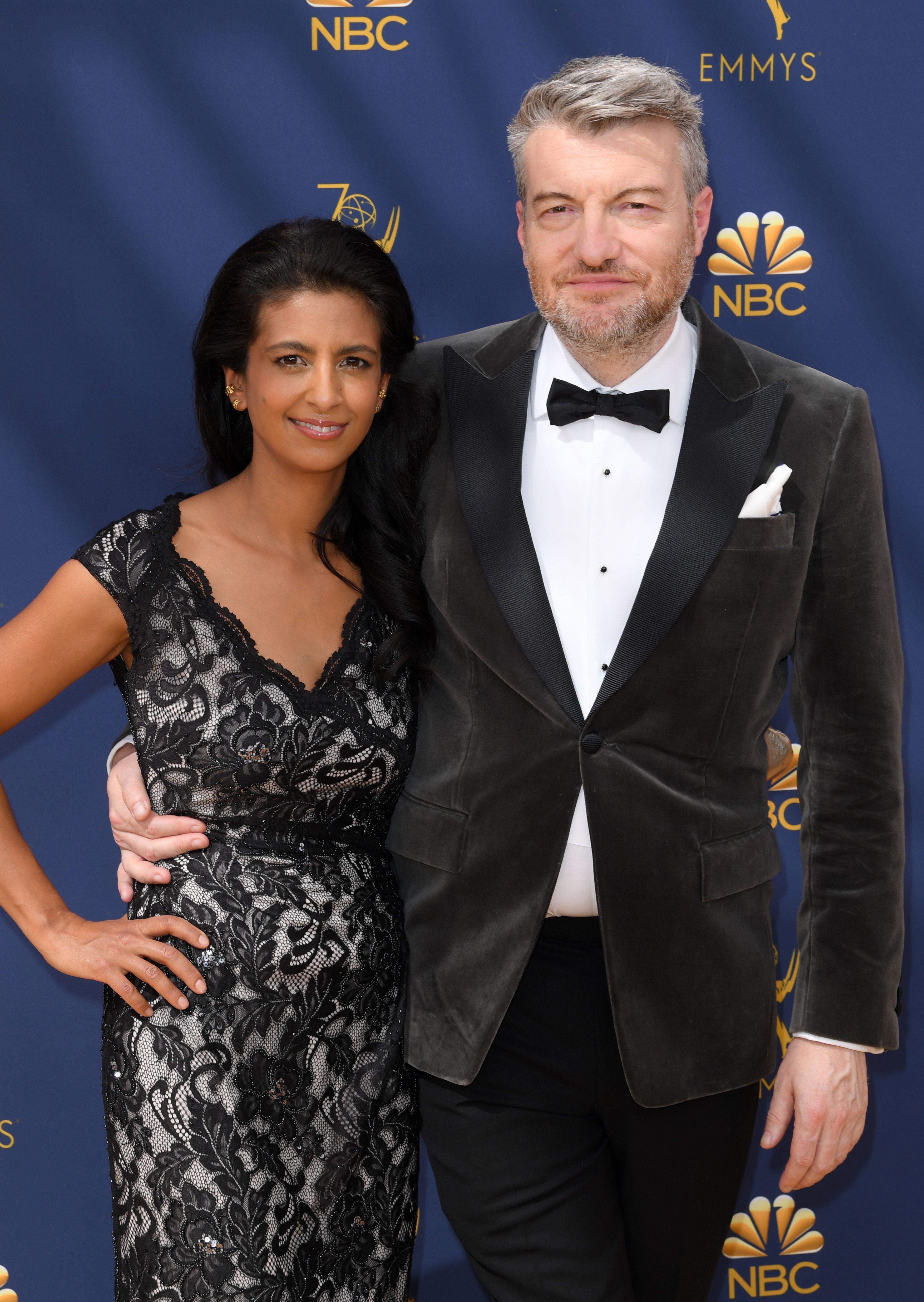 Who is Konnie Huq married to?

They tied the knot in 2010 at Las Vegas' Little White Wedding Chapel after dating for nine months.

They have two children together named Covey and Huxley. Apart from presenting shows like Newswipe and 10 O'Clock Live, he has written the horror drama Dead Set and created Black Mirror.

During the 2018 Emmys, Charlie took home the award for Outstanding Writing for a Limited Series or Movie for his work in Black Mirror.

The pair made headlines as they posed on the red carpet and viewers took to social media to celebrate the British couple's attendance.

This isn't the first time Charlie has bagged an Emmy for his Black Mirror writing, as he also previously won two awards in 2017 for the episode San Junipero.

Since her Blue Peter days, the presenter has worked on various television series and radio programmes including The Xtra Factor, King of Nerds and The One Show.

More recently, she has interviewed various authors like Tom Fletcher and Carlo Rovelli on The Penguin Podcast.

She also recently stood in for Richard Arnold to present the celebrity segment on Good Morning Britain, which received a lot of criticism from viewers.