But as he remembers his late wife, let’s remind ourselves a bit about Hayley and what happened to her. 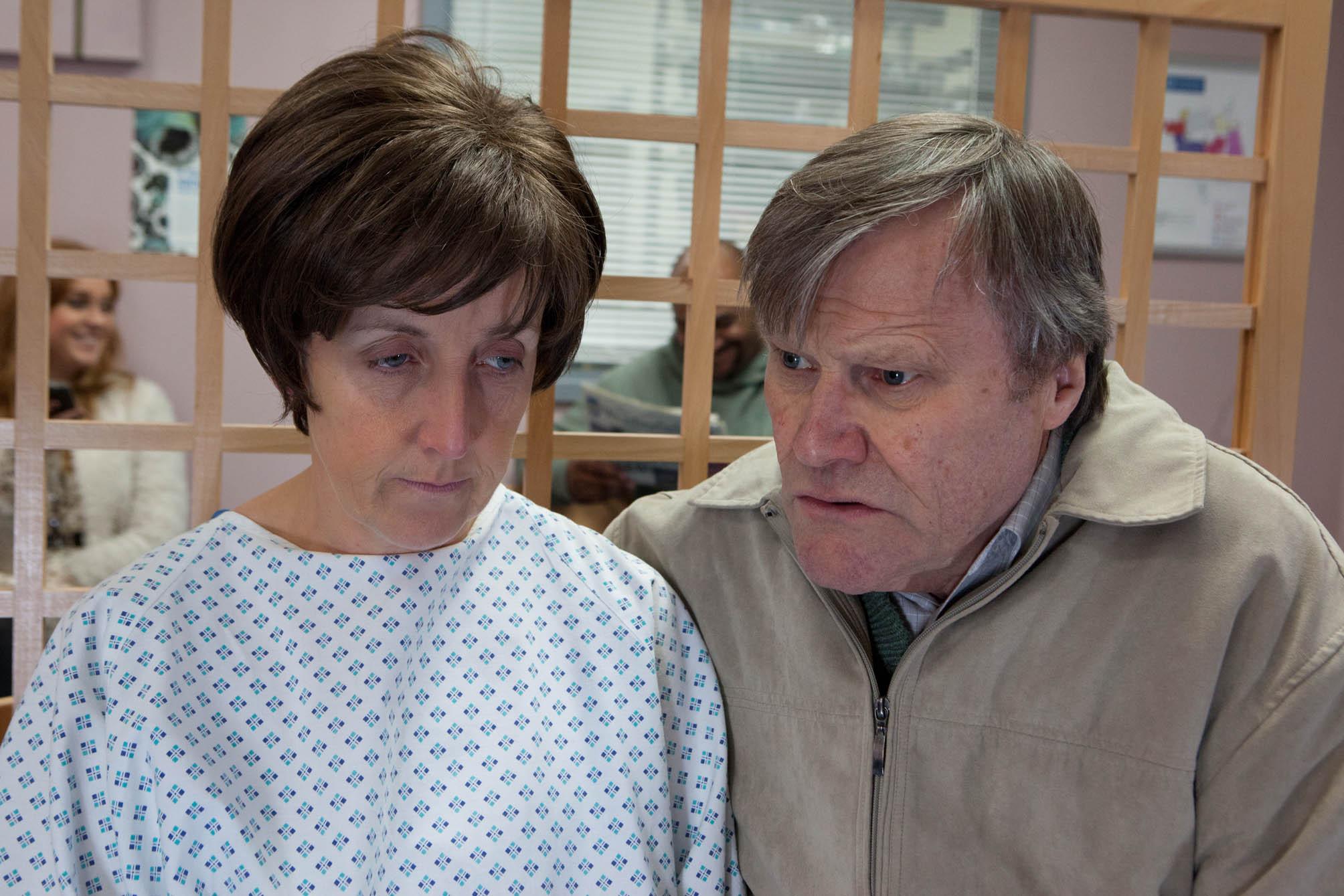 When did Hayley Cropper die in Coronation Street?

It was revealed on January 11th 2013 that actress Julie Hesmondhalgh would be leaving the ITV soap at the end of her current contract.

Producers promised that a dramatic exit storyline had been lined up for the popular character. Fans were devastated when Hayley was diagnosed with pancreatic cancer.

How did Hayley die in Coronation Street?

In July 2013, following a CT scan and accompanied by her close friend Carla Connor, Hayley Cropper discovered that she was suffering from stage two pancreatic cancer.

She’s told that she needs an operation and chemotherapy to have any chance of recovery. Despite hearing the hard news, Hayley found telling her husband Roy Cropper even harder as he was devastated.

When Hayley went to have her tumour removed it didn’t go to plan and she and Roy were left shattered when the oncologist told them Hayley’s cancer was terminal. She was given six months to a year to live.

Although initially distraught Hayley drew up a bucket list of things she wanted to do before she died. One of the things included teaching Roy to drive.

When Hayley’s friend Jane – who also had terminal pancreatic cancer – was rushed to a hospice, Hayley was horrified to see how her formerly full of life friend looked.

Later, she told Roy that she didn’t want to die like that and – when the time came – wanted to end her own life. Roy was incredulous and the couple had a huge row, with Hayley moving in with Fiz Stape and Tyrone Dobbs.

After Jane’s funeral Roy came round to Hayley’s wishes about dying.

The couple had their last Christmas together in 2013 and soon after Hayley was given just weeks to live.

On January 20 2014 she told Roy that today was the day she wanted to die. She then ironed Roy’s shirt for her funeral.

That evening Hayley drank a cocktail of drugs that would end her life, with Roy by her side.

How long were Roy and Hayley Cropper married for?

Hayley and Roy Cropper were married officially on August 30th 2010.

It had been a long time coming for the couple who had been together since soon after Hayley arrived on the cobbles in 1998.

They had to wait to make their union official as Hayley was born a man called Harold but had undergone gender reassignment surgery to become a woman.

Roy and Hayley had to wait for the law to change so they could marry officially.