It’s been a long nine months, but new When Calls the Heart episodes are almost here. The Hallmark Channel drama returns for an eighth season in February 2021. Here’s everything Hearties need to know about the upcoming season.

A super-sized ‘When Calls the Heart’ season premieres Feb. 21

When Calls the Heart fans were disappointed when the show’s annual Christmas special was canceled for 2020. That means they’ve had to wait even longer than usual to get back to Hope Valley. But now, the wait is almost over.

Season 8 of When Calls the Heart premieres Sunday, Feb. 21 at 9 p.m. ET. And to make up for the lack of a Christmas special, the upcoming season will be longer than normal, with 12 episodes rather than the usual 10.

Production on the new season began in summer 2020 on the Jamestown Movie Set in British Columbia. Precautions were taken to keep the cast and crew safe during the pandemic, including working in pods, wearing masks, and shooting outdoors.

Elizabeth will finally choose between Nathan and Lucas 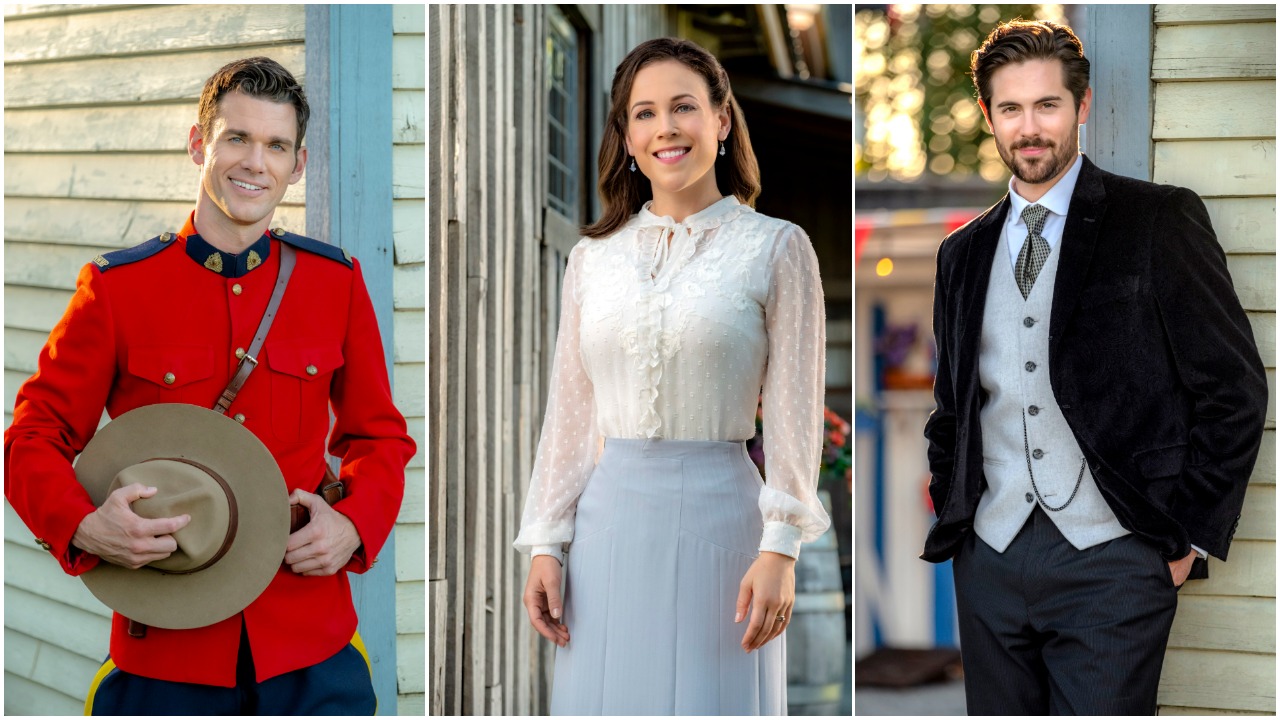 Season 7 ended with the love triangle between Elizabeth (Erin Krakow), Nathan (Kevin McGarry), and Lucas (Chris McNally) still unresolved. Hearties have plenty of theories about which man Elizabeth will choose, and Krakow has promised that they’ll find out this season whether their predictions are correct.

“I’m happy to say that we will, in season 8, have a decision and we’ll get to see Elizabeth move on with her romantic life,” Krakow revealed in an interview with Entertainment Tonight.

However, fans will have to wait a bit to find out whether the mountie or the saloon owner wins Elizabeth’s heart. McGarry told ET that “there are more red herrings in this season than a zoo.”

One thing we do know is that while Elizabeth will choose one guy, both will be sticking around Hope Valley for the foreseeable future.

“Nobody’s leaving town,” Krakow said. “We’re not going to lose either of these guys.”

Hearties will also get to meet some new Hope Valley residents this season: The Canfields. They’re a family who move to town with the hope of buying the gas station. Viv Leacock plays Joseph Canfield and Natasha Burnett plays his wife Minnie. The couple’s two children, Angela and Cooper, are played by Leacock’s real-life kids, Vienna and Elias Leacock.

Elizabeth will be a teacher to both kids, though she clashes at first with their somewhat overprotective mother. She also has to figure out the best way to work with Angela, who is blind.

Checking in with the rest of Hope Valley

In season 8, there will be plenty to look forward to for other residents of Hope Valley as well. Faith (Andrea Brooks) is back from medical school, while Lee (Kavan Smith) and Rosemary (Pascale Hutton) have returned after cutting their trip to South America short, according to ET. Newlyweds Clara (Eva Bourne) and Jesse (Aren Buchholz) must adjust to life as a married couple and Fiona (Kayla Wallace) is starting a new business. Plus, a wedding may be on the horizon for two characters.