Welp, we have yet another famous person contributing to the growing list of celebrity babies coming into the world this year, and much to everyone’s surprise, that person is singer/songwriter/multi-hyphenate icon Halsey!

Out of the blue, Halsey announced she is pregnant and dropped the news by posing for the cutest maternity shoot, which of course made its debut on her Instagram account.

I dare you to look at how adorable these pics are and try not to cry from ~feels~:

And who’s the lucky dude becoming a parent alongside her? Halsey did us a solid by tagging the announcement and revealed the soon-to-be dad is Alev Aydin, a writer and producer. From the looks of it, he seems pretty excited too—he reposted Halsey’s maternity pic to his Instagram Stories and added two little hearts. One for Halsey, and one for their bb! 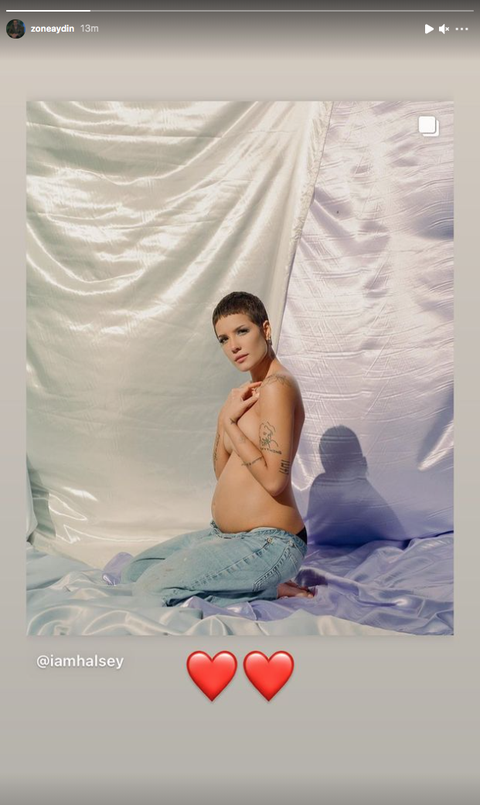 While this news may come as a surprise to many fans, Halsey always said she saw motherhood in her future. In previous interviews, Halsey even opened up about her struggles with conceiving a child due to her endometriosis.

In an interview with The Guardian last February, she said her experience with miscarriages was “the most inadequate I’ve ever felt. Here I am achieving this out-of-control life, and I can’t do the one thing I’m biologically put on this earth to do. Then I have to go onstage and be this sex symbol of femininity and empowerment? It is demoralizing.”

Note: Halsey was dating Evan Peters at the time of her comments, but later said “[motherhood is] something that’s gonna happen for me. That’s a miracle.” Congrats to Halsey on her bundle of joy! ❤️

You love all the nitty-gritty deets on Halsey. So do we. Let’s over-analyze them together.