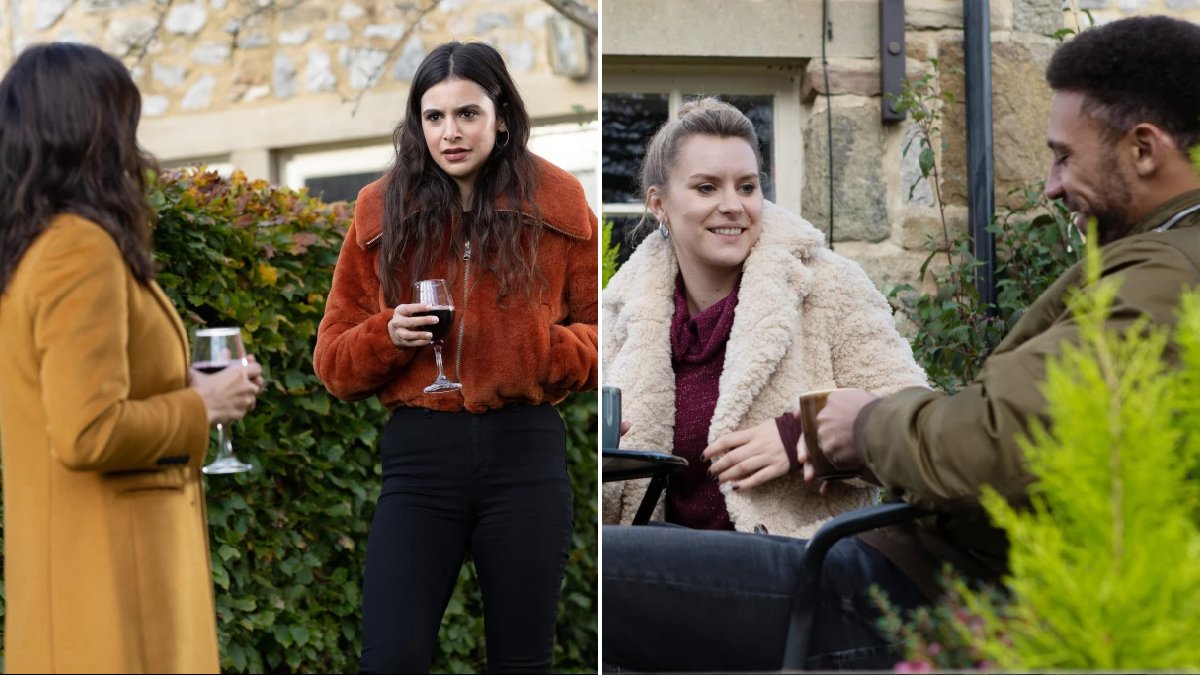 Emmerdale always serves up an incident-packed festive episode, and this Christmas Day is no exception, as Al Chapman (Michael Wildman) comes up with a deadly plan, there’s a marriage proposal, Meena Jutla (Paige Sandhu) takes some desperate action and Manpreet Sharma (Rebecca Sarker) finds herself in deadly danger.

The episode opens with a powdering of snow covering the village. It’s a charming way to start the festive celebrations – but as the episode unfolds we soon find out that things are not as peaceful as they seem in Emmerdale.

Here’s everything you need to know about the episode.

When can I watch Emmerdale on Christmas Day?

Emmerdale will be on ITV at 7pm on Christmas Day for an hour-long special. For those who can’t wait, the episode will also be available on the ITV Hub from 7am.

What happens on Emmerdale on Christmas Day?

Al Chapman is still reeling from the beating up he received on Christmas Eve and he’s disturbed to get a threatening message from Gavin (Ben Richards). Later he catches Gavin talking to Ellis (Aaron Anthony).

As the pressure mounts on Al, he thinks of a way to get out of the nightmare he’s in – by coming up with a plan that’s set to devastate the residents of Emmerdale and change the village forever.

Bernice (Samantha Giles) recently gave Will (Dean Andrews) an ultimatum: he had to choose her or Kim (Claire King). He’s under pressure tonight as Bernice waits for him to decide. And, after Kim overheard Bernice’s ultimatum, what has she got planned?

As Will and Kim approach Malone’s grave, he’s alarmed to find the grave has been freshly dug up. Is this part of Kim’s revenge plan? Or could it be a more touching gesture (if you can call digging up a corpse a touching gesture)?

Either way, it seems that Will has made his mind up and he proposes to Kim. How will Bernice react when she finds out? And how is Will’s proposal going to affect the huge secret about Malone?

Elsewhere, Manpreet is in danger as she becomes suspicious of what her sister Meena has been up to. When Manpreet stops Meena reporting Dawn (Olivia Bromley) to social services, Meena is not best pleased. Later, Manpreet catches Meena about to plant heroin at Woodbine, to cast doubt on Dawn’s competence as a parent.

Finally Manpreet is starting to become aware of the sorts of things her sister is capable of and demands answers from her, even asking to see proof of her pregnancy. But has Manpreet just crossed the line as far as Meena is concerned – making her the next target for Meena’s murderous rage?

At the Dingles’, Sam (James Hooton) pulls out all the stops to create the perfect Christmas. But will he succeed at winning back Lydia (Karen Blick)?

Elsewhere, Bob (Tony Audenshaw) and Marlon (Mark Charnock) come up with a plan to get April (Amelia Flanagan) and Cathy (Gabrielle Dowling) back on speaking terms.

And Liam (Jonny McPherson)’s missing Leanna, but for the sake of Christmas he decides he has to try to put his pain to one side, if only for the day.

But things are about to take an unexpected turn in Emmerdale, with the fallout from the day’s dramatic events set to last well into the new year.