On Sunday evening, Prime Minister Boris Johnson addressed the nation in a pre-recorded interview which outlined a “conditional plan” to slowly reopen society. However, while 27.5million people tuned in, many were left utterly confused as to what the new lockdown rules were. Yesterday, in a 50-page document, the leader of the country set out further details including advice on returning to work, outdoor exercise and meeting with one member of your family under social distancing rules. But Piers Morgan and Susanna Reid were still none the wiser and probed Edwina Currie about Johnson’s comment to use “British common sense” when it comes to enforcing these rules.

Currie’s attention was initially with Reid and she suggested the presenter “hadn’t read the government’s 50-page-plan”.

“Can I put you right? I have read every word, which bit said I could meet my whole family on the common?” Reid questioned.

“With all due respect, what is it with social distancing and washing hands that you don’t understand?” the guest hit back. 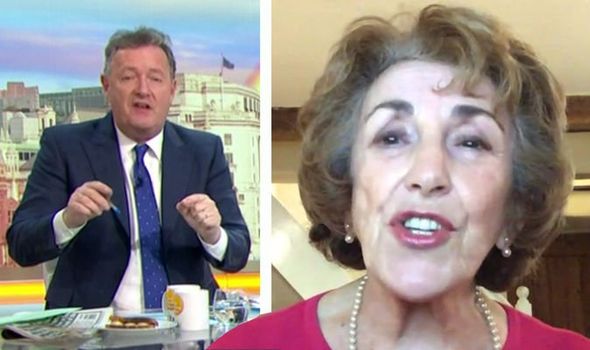 Reid remarked and Currie agreed this was her understanding.

“Brilliant! Total common sense as long as I go home and wash my hands!” the presenter continued to mock.

Morgan added: “This is complete nonsense, I can have a clearer come to my house, but I can’t have either of my two sons. Explain where that makes sense?”

“It may feel uncomfortable,” Currie replied but Morgan interjected which didn’t leave the guest happy. 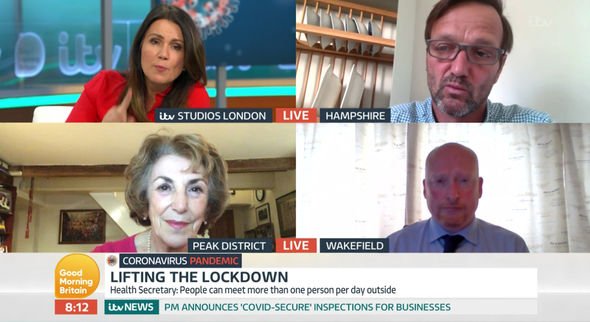 “You asked me a question, let me answer it, I am trying to… you’re wasting my answer time!” Currie continued.

When Morgan gave her space to answer, she said: “It doesn’t feel right because we are social beings -“

“That wasn’t my question!” Morgan hit back. “That’s why I had to interrupt because you’re answering a different one.

“You say it makes common sense, why can I have a cleaner come in but neither of my two sons can?” 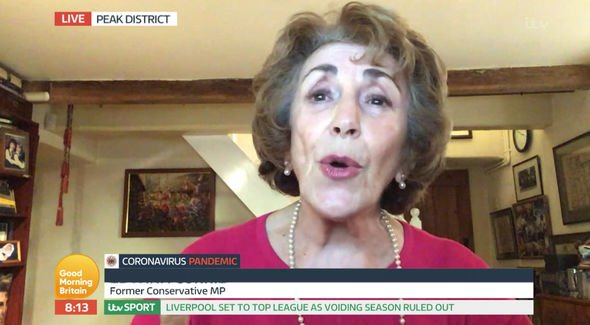 “Because your cleaner is supposed to be cleaning and making it a healthier place,” Currie argued but Morgan stated: “One of my sons is a great cleaner, so why can’t he do that?”

Currie tried to change the conversation: “Let’s come back to people coming back to work.”

“No, you just said to me he can come to my house if he does a bit of cleaning!” Morgan shouted but Currie wasn’t having any of it: “You are haranguing me!”

“I’m just repeating what you said!” Morgan defended. “Can my son come and clean my house yes or no? Straight yes or no, you like a straight answer.” 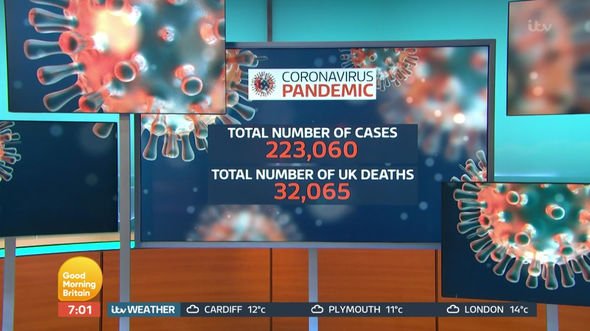 But this didn’t please Morgan: “You just applied your common sense and that’s completely against the rules – you’re talking a load of flannel!”

Currie tried to argue back but Morgan was adamant the interview was over: “No, no, we’re done with you now.” 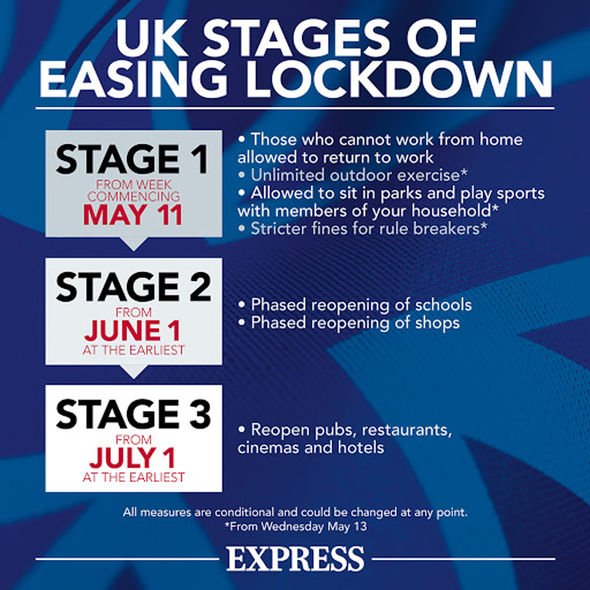 The total number of COVID-19 associated UK deaths is 32,065 of which 210 people died yesterday.

Good Morning Britain airs weekday mornings at 6am on ITV.