FORMER Liverpool striker Rickie Lambert has revealed Mario Balotelli was a "disgrace" in training – and then-boss Brendan Rodgers "let him get away with it.

The ex-England striker, now 38, has claimed he knew he'd never be the leading man at Anfield because of the Italian maverick. 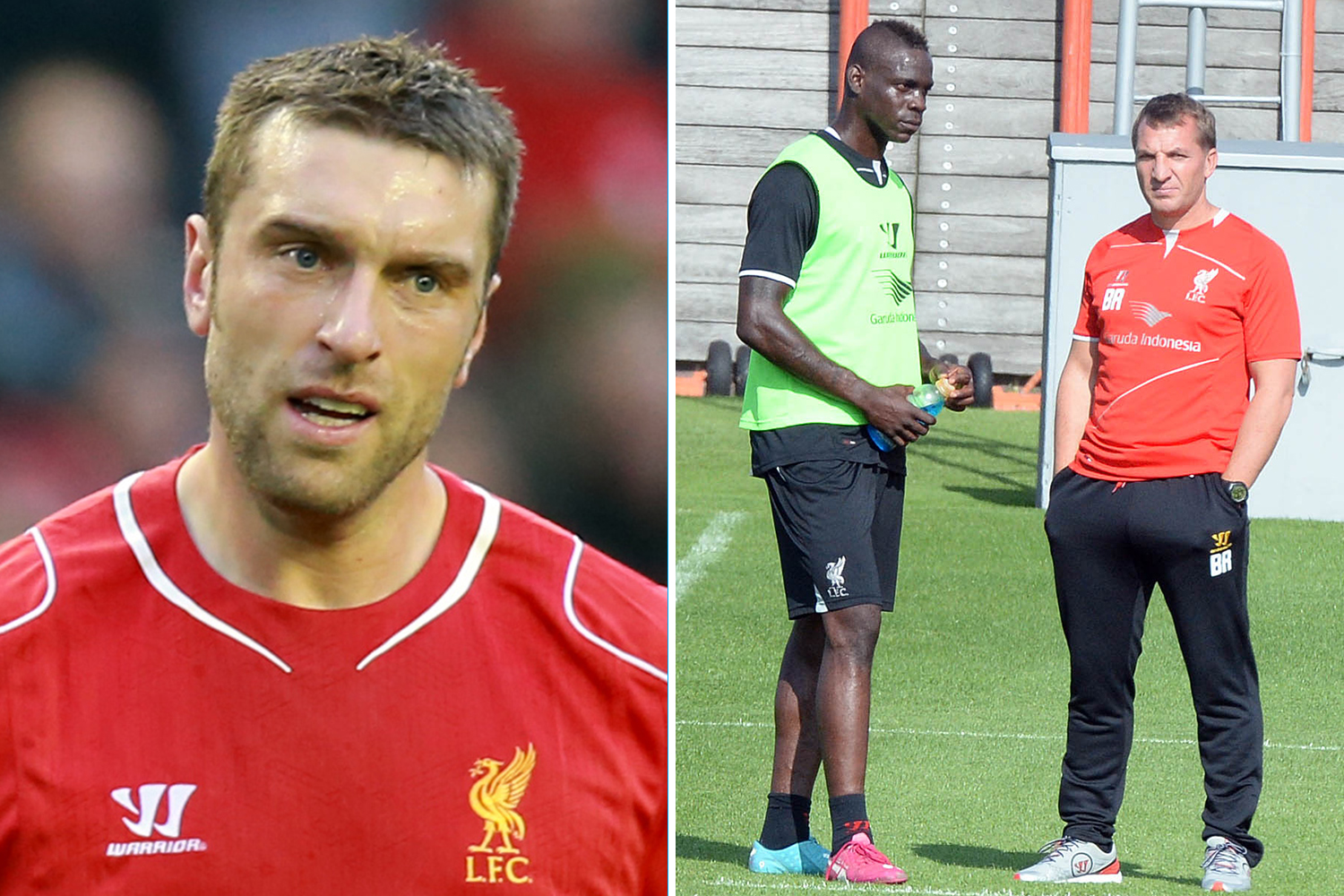 And Lambert – who lasted just one season at Liverpool – even admitted he was nearly sold to Crystal Palace just weeks after joining the Reds.

The striker was brought in from Southampton to replace Luis Suarez, who had left for Barcelona after helping Liverpool to second in the Premier League in the 2013-14 season.

But Lambert was never given a real shot in the Kop XI – thanks to Balotelli, who was brought in the same summer.

Lambert told the Bristol Post: "Brendan Rodgers brought in Mario Balotelli and put him in ahead of me.

"It did my head in to be honest. I couldn't understand.

"When he played he did try, and I have come across players with that attitude before, but they are usually good enough to get away with it, but he wasn't.

"I just didn't understand how Rodgers was letting him get away with it, and picking him ahead of me.

"It affected me directly, but it had a negative impact on the team."

Despite that, Lambert claimed to know he was never destined to succeed at Liverpool after Rodgers tried to ship him off very early in his Anfield career.

Lambert continued: "Pretty early on Rodgers tried to get rid of me to Crystal Palace where Pardew was, so I knew I wasn't ever going to be top priority.

"I said no immediately, why would leave a club like Southampton for years to come to Liverpool and leave after several weeks to go to Palace?"

Lambert scored just three goals in 36 games in all competitions for the Reds – while Balotelli, who has recently been embroiled in a war of words with Giorgio Chiellini, mustered four in 28 matches before being shipped off on loan to AC Milan.

While Balotelli was shipped off to Nice in 2016 after a year on loan at the San Siro, Lambert was sold for good in 2015, joining West Brom – where he scored just once all season.

Lambert finished his career with a season at Cardiff before retiring in the summer of 2017.