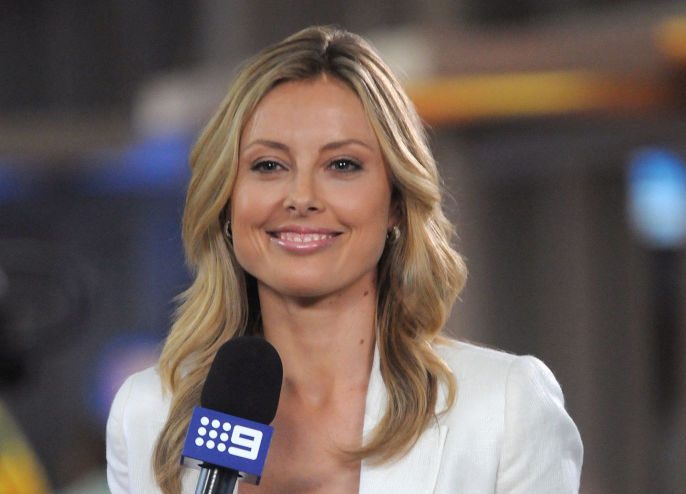 As all eyes descended on the royal family and Buckingham Palace yesterday for the Queen’s funeral, news reporters including the likes of Susanna Reid and Huw Edwards were praised for leading coverage, despite how exhausted they must be.

The nation came together to mourn Britain’s longest reining-monarch, after the Queen died ‘peacefully’ on September 8, aged 96, while at Balmoral Castle and surrounded by loved ones, Buckingham Palace confirmed.

TV presenters from all around the world were reporting live at Buckingham Palace, however, one couldn’t quite keep her eyes open after hours in front of the camera.

The 43-year-old Australian presenter used a rolled up jacket as a pillow while she laid her head down on a co-worker’s lap when a picture got snapped.

She later shared it to her Instagram story, jokingly captioning: ‘Hour 14. Everything is fine.’

She shared on Instagram: ‘A privilege to watch the late Queen’s final departure from Buckingham Palace.

‘A woman who meant so many things to so many people. What a farewell.’

Elsewhere yesterday, BBC viewers called for Edwards to get the break he truly deserves after leading coverage of the Queen’s funeral alongside Kirsty Young, Fergal Keane, David Dimbleby, and Sophie Raworth.

Head to Metro.co.uk’s Queen Elizabeth II tag page for the latest updates, and sign Metro.co.uk’s book of condolence to Her Majesty here.

The monumental event was expected to become the most watched global broadcast in history with an approximate 4.1billion people tuning in.

After his coverage yesterday and over the last two weeks, social media users having jokingly taken to social media expressing their hope that the 61-year-old will finally get the holiday he deserves.

One person wrote: ‘Can we all club together on GoFundMe and buy Huw Edwards a holiday once all this is done? The man’s been broadcasting seamlessly for 12 days solid now.’

Another penned: ‘Can someone give #huwedwards a pillow and blanket, followed by a long holiday, Please?’

‘After all this, Huw Edwards deserves a very long holiday wherever in the world he wants. Just maybe not to Center Parcs,’ another joked, referring to the controversy surrounding the resort company.