Talking to Tony Hale is the equivalent of sitting down with a good friend you’ve known forever — even if you’re meeting for the first time. This is probably because Hale has become a Disney staple, providing fun and comfort to audiences starting with his turn as the depressed spork Forky in “Toy Story 4.” Since then, Hale has been at the helm of Forky getting his own short series, the Emmy-winning “Forky Asks a Question,” and playing the dual roles of Benedict and L.D. Curtain on the  Disney+ series “The Mysterious Benedict Society.”

For Hale, playing in the sandbox of the eccentric Disney+ show — following a group of highly intelligent children as they try to stop Curtain, the twin brother of their benefactor, Mr. Benedict — isn’t only an opportunity to praise intelligence, love, and compassion; it’s also an opportunity to work with longtime friends like Kristen Schaal. “We’ve all had experiences where we work with some prickly personalities, and that doesn’t make a good experience. But [when] you’re working with a friend, and you’re discovering stuff and you’re laughing about stuff and you’re living life together, it means the world,” Hale told IndieWire via Zoom.

Hale discussed the possibility of returning to the universe of “Veep,” pulling off a dance sequence, and how the series parallels current events.

IndieWire: This was one of the first Disney+ series to launch. Is the pressure ever off for you when a show gets a second season?

Tony Hale: It’s such a unique take, and, you might have heard this before, but there’s the Marvels and all that kind of stuff, which is really exciting, but the superpower that these kids have is their unique gifts. Their intelligence, their empathy, their creativity. And that is a departure from a typical adventure series. So I knew right off the top it was definitely going to be unique, but I love how these kids bring their gifts to the table and they work together. That’s something that I want kids out there to see, especially in today’s world where there’s so much comparison on social media, and it’s like, “Oh, I need to be that.” It’s like, no, no, you have a unique gift that nobody else has, and we need to lean into that. 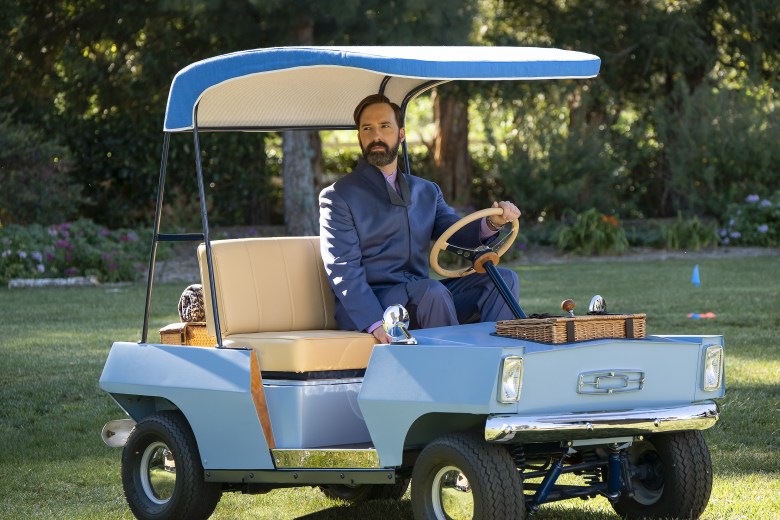 When Season 1 ended, did you have any idea where your characters would go in Season 2?

I had heard who bits, like that [L.D] Curtain was gonna do a big turn. I remember us [the showrunners and Hale] having a discussion and saying like, “I think Curtain needs some kind of an outlet because he’s so tightly wound,” and I was like, “What if you dance?” So they gave me a dance scene just because I love that crack in the veneer. It’s an expression that he has to do because he’s so buttoned up. So stuff like that I knew was coming, but I never knew that they would be like, “We’re gonna make him a self-help guru selling happiness.” I’m like, “What?” But, again, it’s perfect because, not to get meta, but there’s the tension the whole season of the idea of happiness and selling happiness, compared to what Benedict brings to the table of authentic happiness, which is the full range of emotions. I love that because our world can get intoxicated by this, “Oh my gosh, I need to look like that to be happy.” That’s not happiness. Happiness is highs and lows, and the equation of getting through the pandemic and experiencing [the] joy [of] being together.

To continue with the meta, it was impossible not to think of the pandemic with Season 1 focused on this unknown state of anxiety the characters live in. Did you want to divorce yourself from reality with last season and this season? Or did you see parallels?

I totally saw the parallels. To your point, I loved how [there] was another message of “sometimes you can do good.” [It] won’t be the result you want [but] you still do good. You still like who are you when no one’s looking. Benedict and all of them thought, “Hey, we, quote, save the world, or save freedom from anxiety,” and then the result is the bad dude becomes a self-help guru, and it’s like, what’s happening? But that doesn’t negate them still doing good.

The dance sequence is amazing! Did you work with a choreographer on that?

Yeah, there’s no natural gifting here. I worked with this lovely choreographer, and it was just so weird. So weird, but it felt so right because what I love about these two twins is if you played bad twin/good twin, you get into cardboard cutout territory, and you miss the humanity. There’s bad and good in both of them, and they both have breakdowns. They both have moments of self-discovery, but seeing Curtain — who everybody worships in this kind of cult-like mentality — lose his mind dancing in a ballroom, doing weird stuff, I’m like, “Yeah, because he has to break free of that somewhere.”

Do you have techniques you apply when you’re playing Benedict versus playing Curtain?

Yeah, there’s definitely the posture element. I had to have a reason behind it to kind of remember [the] meaning. Curtain is all about the façade. He doesn’t want to feel any emotion, it’s all armor for him. Whereas Benedict is carrying the weight of his mission on his shoulders all the time and just so empathetic. Curtain, when he’s talking to someone, he doesn’t even see the person. He doesn’t even know what he’s talking about; he’s just talking at them. Whereas Benedict is really engaged and really listening. So things like that I always had to snap back into, but there were many times I’d be doing something, and the director would come up to me and be like, “Hey, by the way, you’re doing Benedict’s posture.” 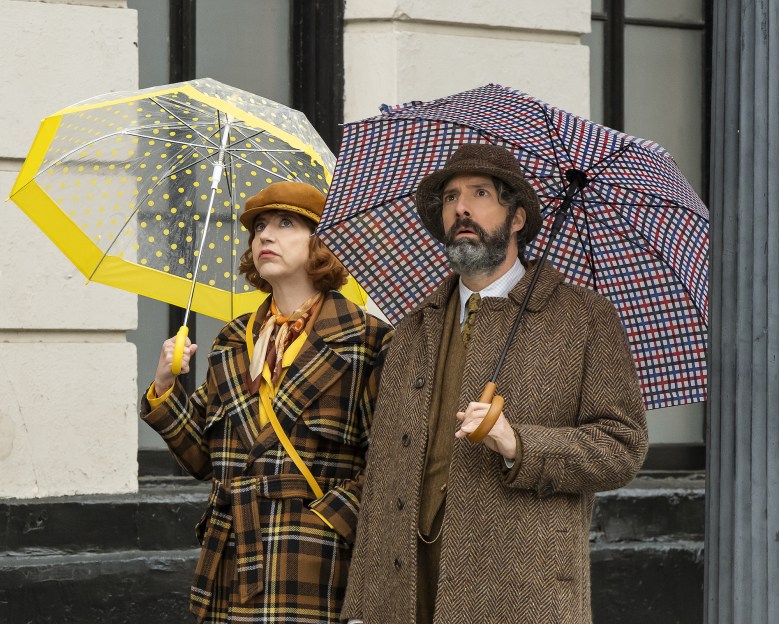 This season Benedict and Curtain are more isolated from the children. Did that make filming for you different than last season?

It did. I love those kids, they’re so fun. I love the scavenger hunt, the adventure of that, and just the shock of the kidnapping. But it did make it different. I will say I’m so grateful that Kristen [Schaal] and I are really good friends, so it makes it funner because you work with these people so much. We’ve all had experiences where we work with some prickly personalities, and that doesn’t make a good experience. But [when] you’re working with a friend, and you’re discovering stuff and you’re laughing about stuff and you’re living life together, it means the world.

I know Alan Tudyk has done a lot of Disney stuff, but so have you! What keeps bringing you back to the Disney fold?

I still always have that starving artist mentality, even after 25 years of doing this. I am so grateful that they even ask. I’m just like, “Really? You want me?” You take something like Forky, for instance. Not to get meta, but what I appreciated is here’s a spork that came into the world with no judgment. He didn’t know anything. Remember when he was talking to Gabby Gabby in the antique shop? She was considered the bad doll, but Forky didn’t know she was a bad doll. He gets to know her, and because of that relationship, you start to see her trauma. You start to see her. And then she’s redeemed, and very rarely is a villain redeemed. That’s such depth to me, and I appreciate the layers to the things that Disney puts out.

Are you already thinking up plans for a Season 3 of “Mysterious Benedict Society?”

That is the curse of being in this business for 25 years. I have blocked out, not the hope, but you never know. It has forced me to be like, “You know what? Let me just stay here. Enjoy this time.” Because the equation of it all is so out of my hands. But I would love it because I love what Trent Stuart has brought to the table with his books. I love these kids and love this world.

Well, speaking of future shows, I know Julia Louis-Dreyfus has said she’d love to do more “Veep.” Is that something you’d be into?

I would show up at her doorstep! Mentioning working with friends, to work with people that I just adore. And not just that, but the writing. As a comic actor, many times on other jobs that I’ve worked on, you know when someone thinks something is funny, or you think something is funny, but then maybe they don’t. You’re not on the same page with comedy. But with “Veep,” man, I just so admired their writing, and I so admired the jokes, and the subtlety, and the surprises. If I can do that again, I am in. I will carry a store of purses to do that show.

“The Mysterious Benedict Society” streams every Wednesday on Disney+.