Strictly: Tony Adams' wife says she has 'never been so proud'

Strictly Come Dancing returned for its second week as the dance competition heats up with the first elimination on Sunday night. Before football legend Tony Adams took to the stage, his wife Poppy expressed her love for him with a heartfelt admission.

Tony made his Strictly debut last week alongside his professional partner Katya Jones and they took to the stage with the Tango.

However, they failed to impress judges and found themselves at the bottom of the leaderboard with a total score of 15 out of 40.

The pair returned to the stage in hopes of redeeming themselves in hopes of securing their place in week three.

However, before Tony and Katya performed, presenter Tess spoke to his wife Poppy who was in the audience. 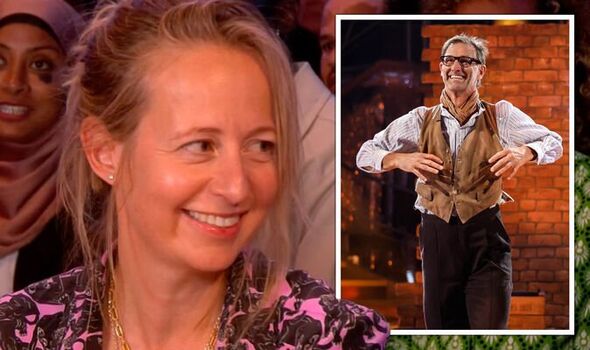 Reflecting on his first performance, Poppy shared: “He was devastated, he had a complete mind blank but he kind of loved it at the same time.”

Speaking on his Charleston routine, she confirmed: “He’s going to nail it, I have total confidence, I’ve never been so proud or so in love with him.”

As the audience went “aww,” Poppy added: “And I’m going to proper cry.”