TODAY's Savannah Guthrie has sparked concern among fans as they see she was missing from this morning's airing amid her alleged feud with co-host Hoda Kotb.

In the July 19 morning earnings report, NBC correspondent, Stephanie Gosk, filled in for the mom-of-two. 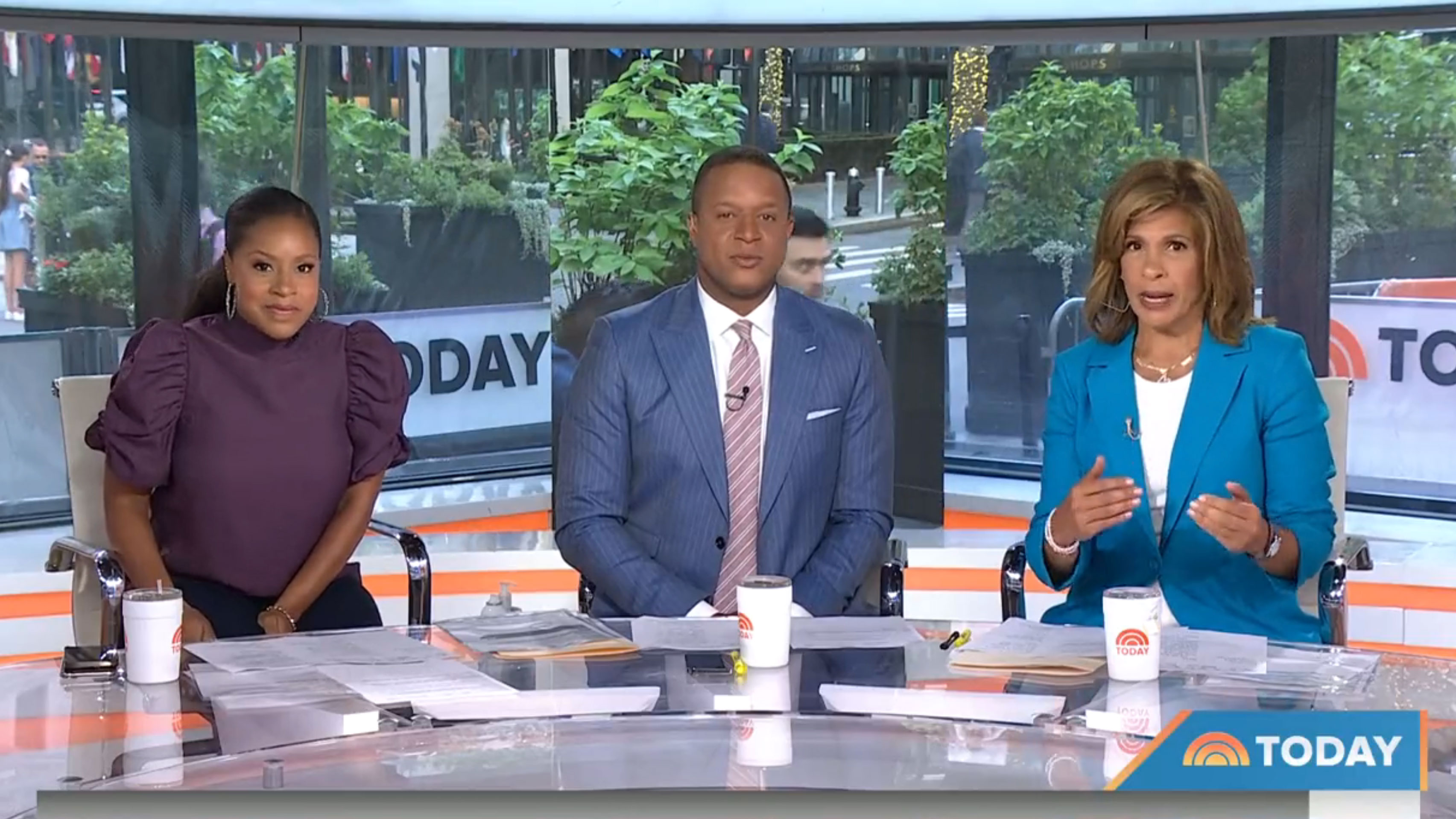 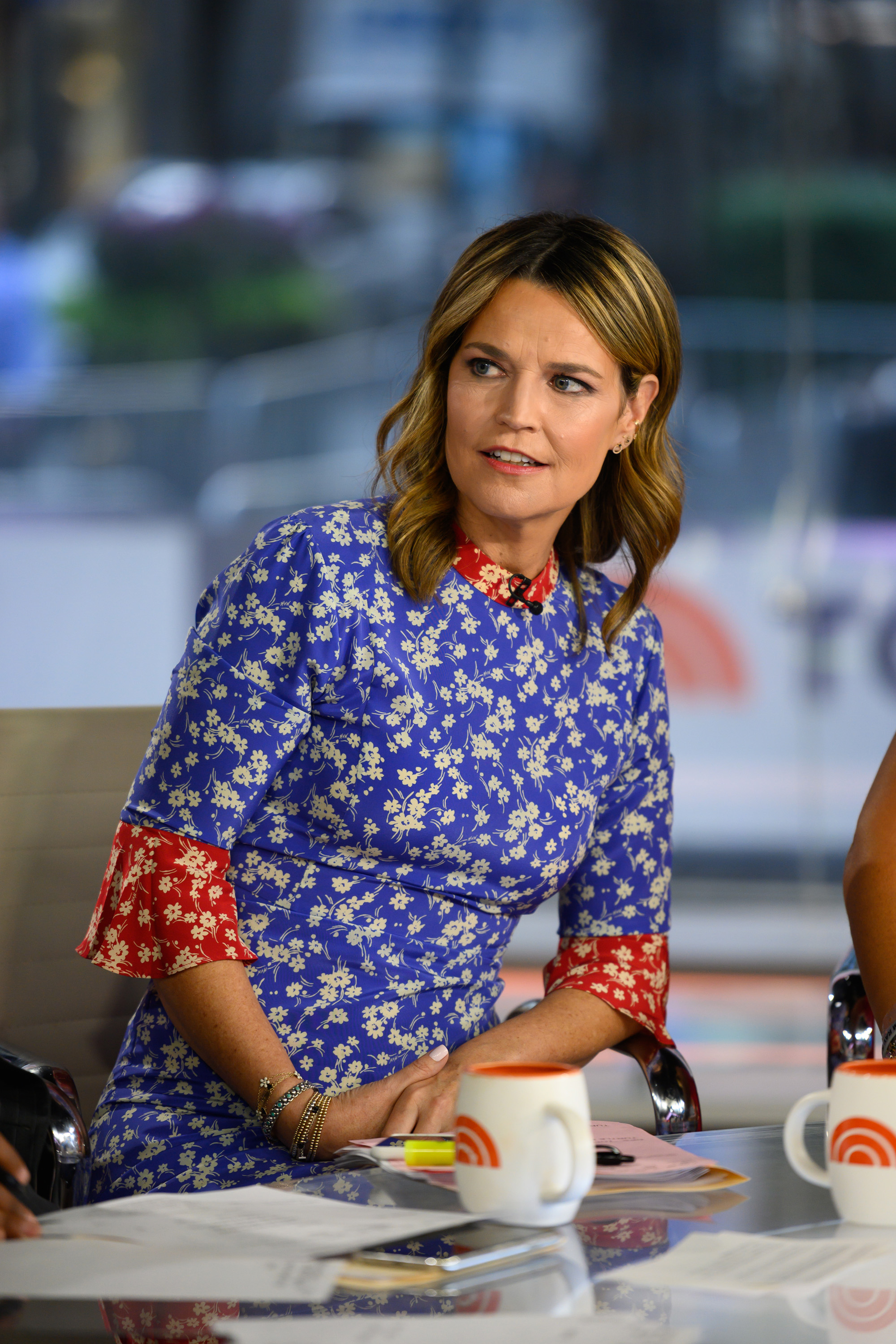 Savannah, 50, was missing from her usual spot on the co-host anchor desk of the popular early morning news and talk show.

Her co-hosts nor the network provided an explanation for the star's absence.

Savannah did not chose to inform fans of her absence on social media either.

Instead, the popular news anchor took to her Instagram Story to post a photo from a "pajama party."

Savannah posed in a white and pink floral matching pajama set paired with heels and smiled beside her friend Amy Griffin.

She captioned the post: "PJ party with my dear one, Amy, #1 slumber party planner."

The Today anchor did not tag her location, although she appeared to be on a rooftop and posed in front of a background with lots of fairy lights strung up indoors.

Sources report Savannah was attending A Dreamy Evening with skincare company Goopglow on the evening of July 18 out in East Hampton, New York.

Today Show fans have expressed their concern for Savannah's absence, especially in light of her ongoing tension with co-host and rival Hoda.

Hoda's had a rough year, as she continues to navigate co-parenting her children with her ex.

On-screen back in March in a joint interview with Savannah, Hoda admitted feeling like she "really messed up" after splitting from her fiance Joel Schiffman earlier this year.

Viewers sensed tension as Hoda then said: "But then I talk to Savannah. [She’ll say], 'That was my Wednesday.' It makes you feel less alone."

During the first hour of the NBC show, the ladies welcomed Lizzo as the musical guest who performed on the outdoor stage as part of the Citi Summer Concert Series.

At one point, Hoda, 57, excitedly grabbed Lizzo's hand and guided her into the packed crowd to greet her fans.

While the children's book author had her moment with Lizzo, viewers noticed she didn't wait for her co-host, Savannah, to join them.

Savannah, 50, followed them down the stairs with their co-anchors, Craig Melvin and Dylan Dreyer, though Hoda seemed to hurry Lizzo along, leaving them behind.

Hoda's snubs come as a source close to the production has told The Sun that despite their sunny dispositions on-screen, the two women secretly "can't stand each other."

An insider told The Sun: "Savannah is the boss. After Matt Lauer was ousted, Savannah grabbed power, and she really wanted Willy Geist in Hoda's role, but his ratings were just not up to par for the network."

"Hoda out maneuvered Savannah and got the spot."

Beyond that, the source added that Savannah "thinks of herself as a real news person," while Hoda is seen as "the lightweight that drank wine with Kathy Lee Gifford."

"Savannah was the White House correspondent before getting the host job, which also explains her love for Jenna since her father was president."

The insider also added: "Jenna and Savannah are the best of friends, and they ice Hoda out.

"Jenna landed the best job on TV with zero experience- no one works people better than Jenna.

"She’s a master at playing the game," the insider added.

While Jenna is Hoda's co-host, the insider said she plays both sides between the women.

During a celebration for the show at The Paley Center last month, Savannah – who shared duties with former Today show anchor Matt prior to the 64-year-old's firing – spoke about Hoda coming in as his replacement.

"All I know was in that moment, it felt like I could drown if Hoda hadn’t reached down and grabbed my hand.

"I will always say she saved the show full stop. And holding hands with her and being like, 'We’re going to do this together,' meant everything to me. I don’t think I had the confidence by myself," Savannah said.

The mom-of-two's kind words didn't end there as she continued to praise Hoda and the tight relationship they shared.

"It’s wonderful to have a female partnership, but to me, to have this friend and cheerleader and partner, and I really feel that from her, and I hope we share that.

"It’s incredible. I always say, 'I’ll hold my hands and close my eyes and go anywhere with you.' I would." 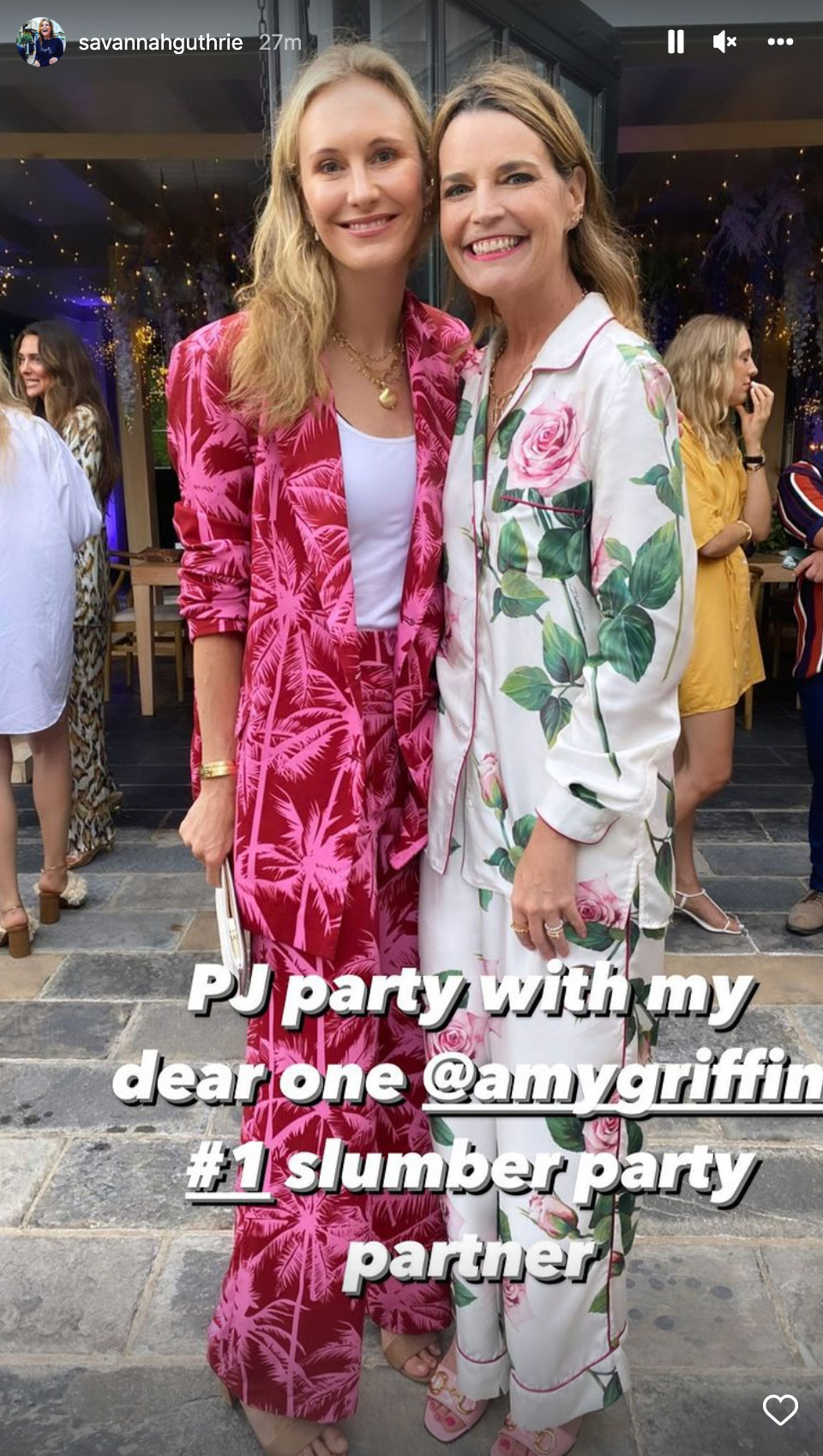 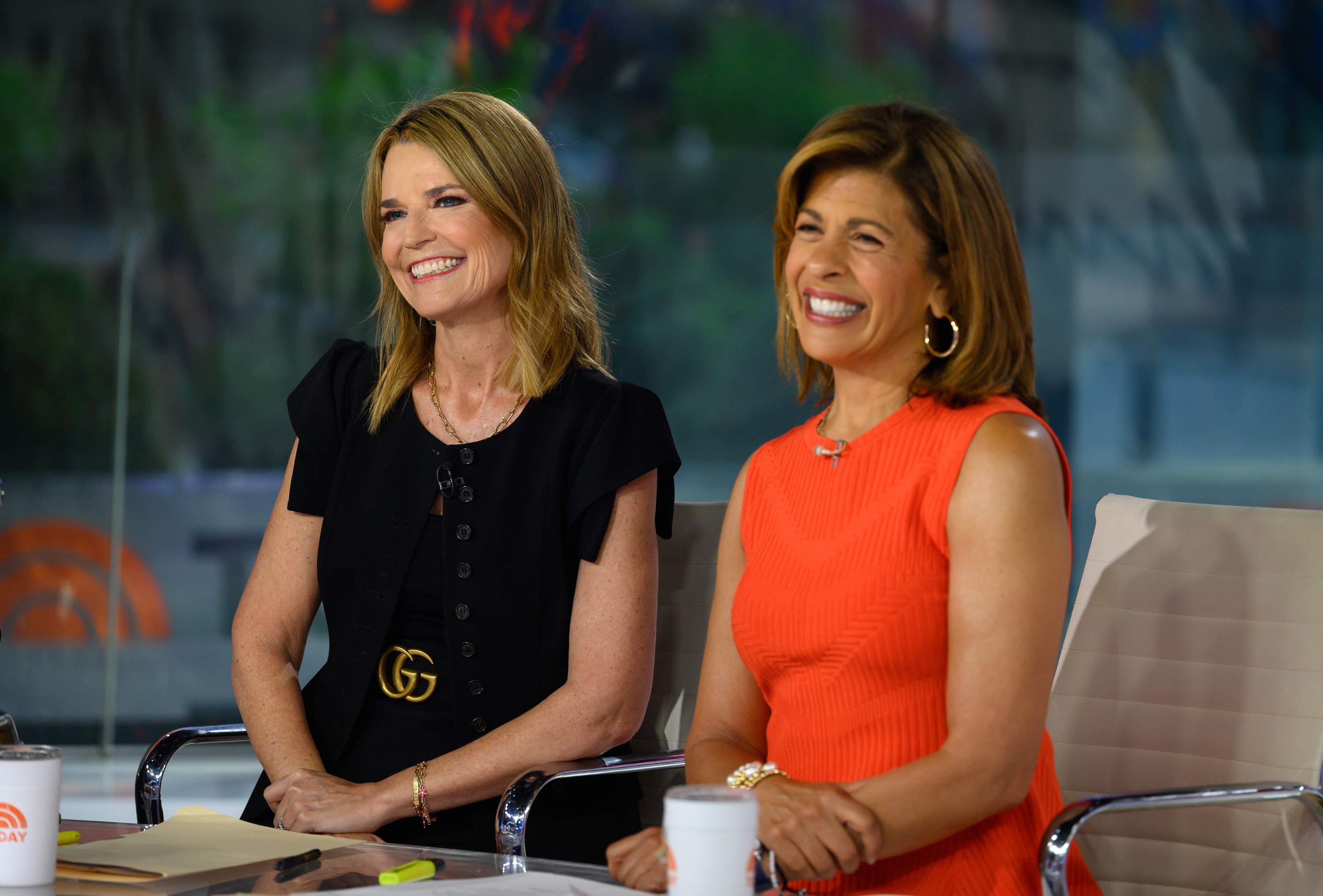 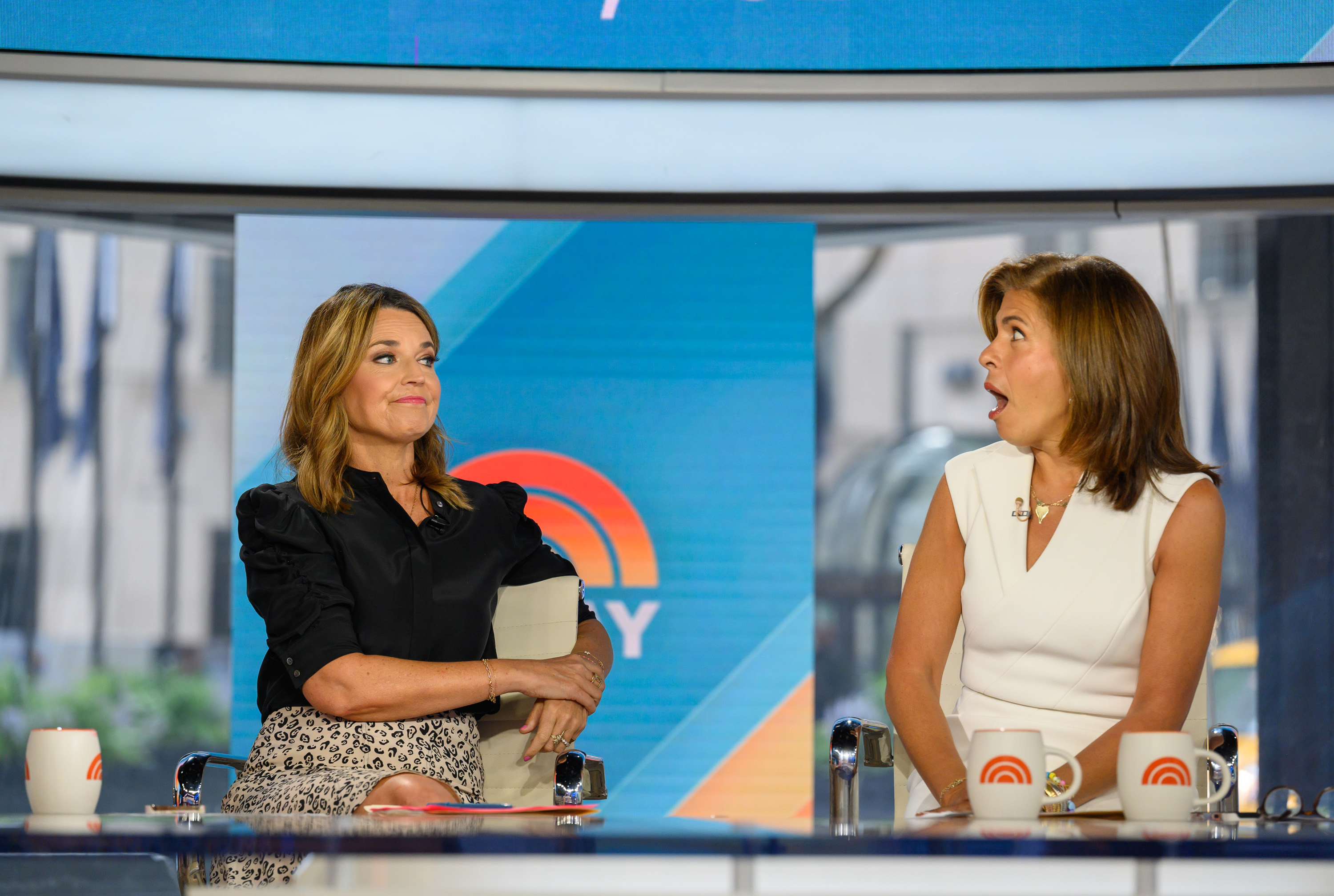