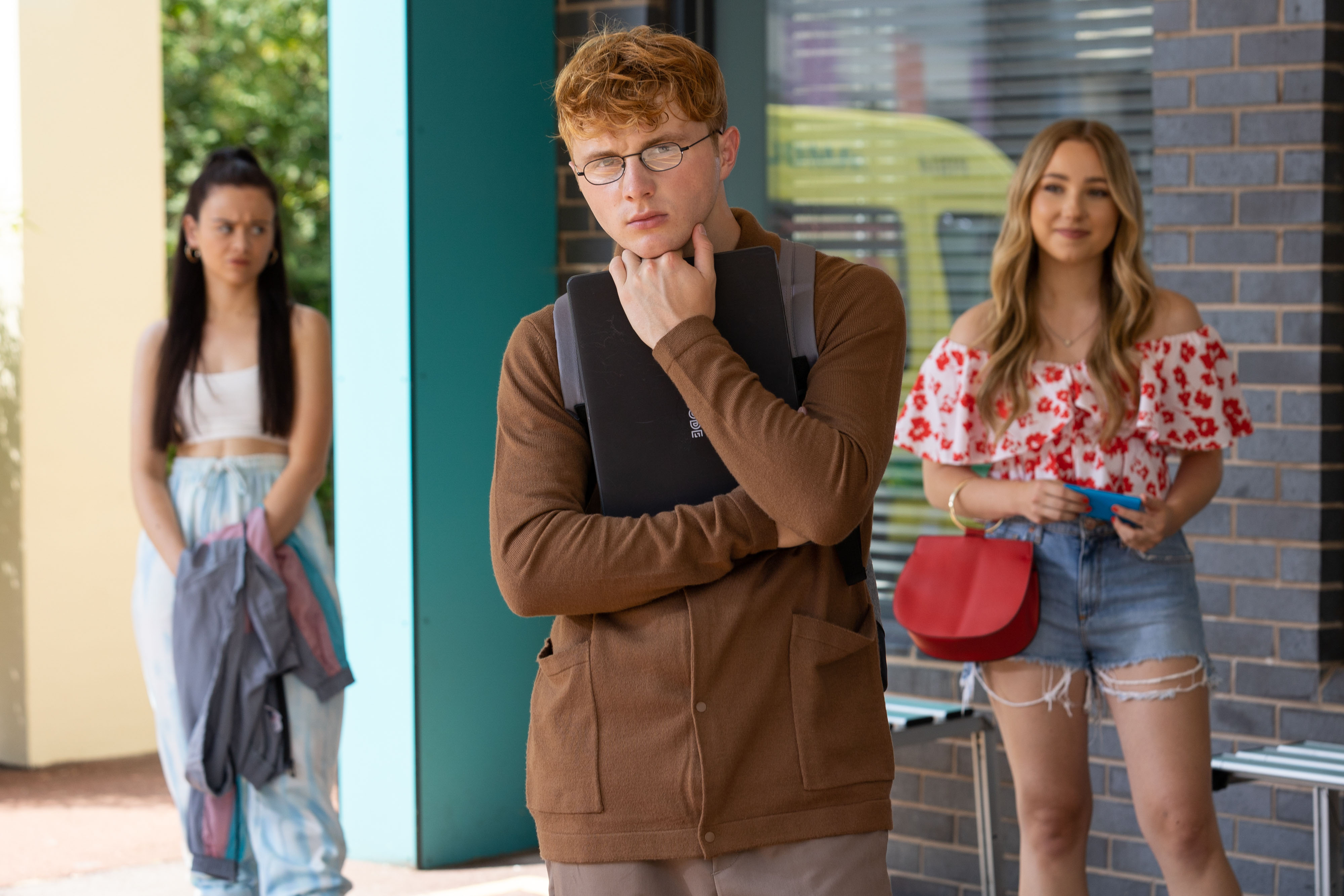 Hollyoaks’ Juliet Nightingale (Niamh Blackshaw) is on a mission to find out who is stalking Peri Lomax (Ruby O’Donnell), and it doesn’t take her long to uncover the truth, as she realises it’s Timmy Simons (Sam Tutty).

Timmy, as viewers will know, has been watching Peri via the cameras Fergus Collins (Robert Beck) installed in her home for the secret Bluebird project.

He’s become obsessed with the nurse, and has even resorted to sending her letters instructing her to break up with Juliet!

Juliet, meanwhile, has no clue that her girlfriend is being stalked, but upon finding one of the creepy letters at the Lomax household, she came to believe that Peri was having an affair!

Peri attempts to explain herself in upcoming scenes, and Juliet finally realises that she’s got a stalker.

Timmy, meanwhile, uses his injured hand as an excuse to pop by the hospital to see Peri. Juliet, however, sees the exchange between the two, and she puts two and two together, realising that it’s Timmy who is stalking Peri!

She wastes little time in making an accusation, and Timmy is therefore forced to cover his tracks, as he pushes her down a flight of stairs!

In the aftermath of this incident, he fears that Juliet might recover and expose him, and thus he pays her a visit in the hospital.

While there, he contemplates taking further action to ensure she doesn’t reveal what happened. The question is: just how far will he go?

Will Juliet wake up and reveal all, thus exposing Timmy? Or will Timmy’s drastic action ensure that she never does so?