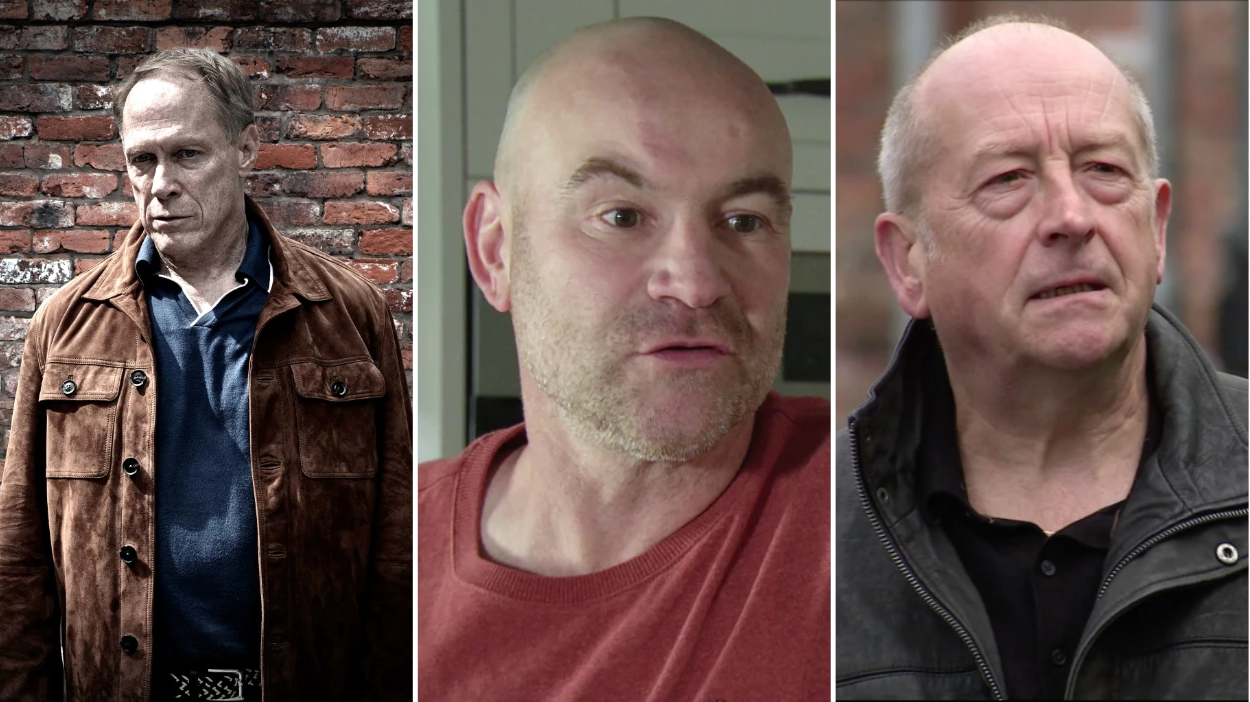 During the aftermath of Tim Metcalfe (Joe Duttine) coming to terms with Geoff being an abusive, controlling and evil man in Coronation Street, he struggled with the fact he failed to see his dad’s true colours for ages.

We know this was down to the fact Geoff manipulated Tim from a very young age, the relationship was very much built on lies but for Tim, he saw his dad as a hero.

This ordeal impacts Tim a lot next week, as he spots Elaine (Paula Wilcox) getting pally with Stephen (Todd Boyce) and wonders what is going on.

Recognising her son is being very protective, Elaine gently reassures him that Stephen is nothing like Geoff and is as honest as the day is long.

As they chat, neither spot Stephen retrieving his phone and later, he lies to Gail (Helen Worth) and Audrey (Sue Nicholls) about how he injured his arm.

Finding Stephen, Tim quizzes him about his intentions towards Elaine and explains that her relationship with Geoff was awful and controlling – which sticks firmly in his mind.

Using Elaine’s abusive relationship to his advantage, Stephen plays a cruel trick, sending a horrific text to his own phone but pretends it came from Gabrielle (Helene Maksoud).

Feeling sad for Stephen, Elaine suggests that Gabrielle is gaslighting him and also reveals more about the ordeal Geoff put her through.

As Elaine becomes determined to help Stephen, she will inevitably get closer to him – but will Tim work out what’s going on?