The Chase: Shaun Wallace labelled a 'tart' by Bradley Walsh

On Friday’s episode of The Chase, Bradley Walsh threw a fit when Chaser Shaun ‘The Dark Destroyer’ Wallace started flirting with one of the players on the show, eventually calling him names and scoffing at his behaviour. When the first contestant Mel had to pick which Chaser to face, she justified her choice of Shaun saying she liked the way he speaks.

Bradley seemed surprised by the compliment and as Mel tried to explain that “he is very-“, the presenter interjected suggesting: “Soothing?”

“Guess who it isn’t?” teased Bradley when Shaun emerged. “It’s the smooth talker himself, the Lover of Lament.

“It is… The Dark Destroyer, Shaun Wallace,” he added in a weird accent. 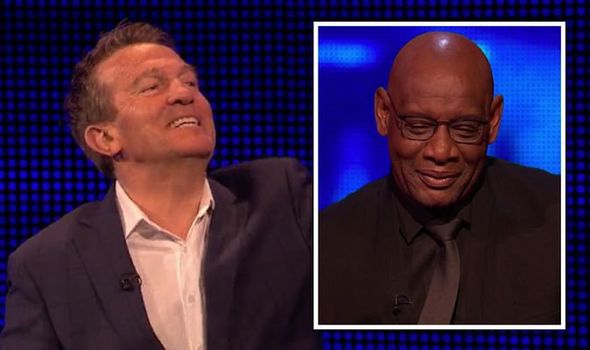 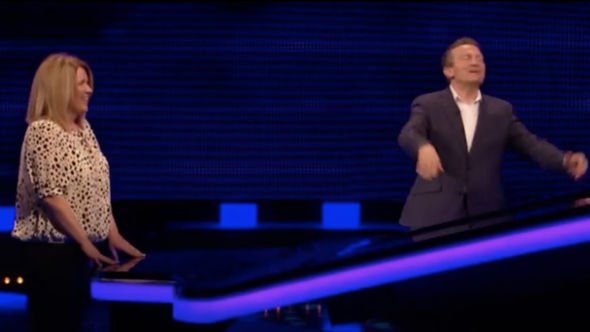 Shaun introduced himself to the player with a smooth: “Hi, Mel.”

Bradley then exploded in laughter accusing the Chaser of having done that deliberately.

As the contestant continued some small chatter with Shaun and said she loved it, Bradley couldn’t help but say to the flirtatious Chaser: “You tart.”

Throughout the rest of the show, Bradley continued to make fun of Shaun incessantly, bringing back the accent to repeat everything the Chaser said in a mockingly smooth-talker way. 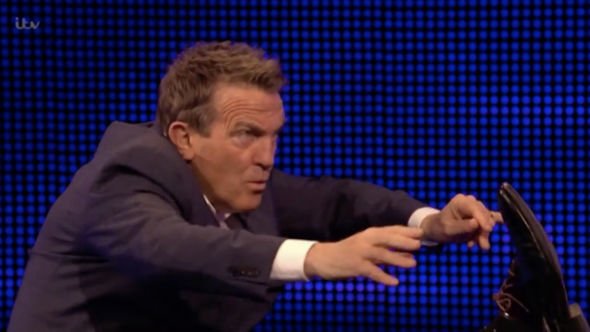 The Chase: Bradley Walsh gets his leg stuck on the table

This, however, wasn’t the only moment of hilarity between Shaun and Bradley on the episode.

After learning that one of the players, Leon, was a fan of martial arts and trained in Kung Fu, Shaun warned him he’d “get the chop” as he approached the head-to-head round.

Bradley took issue with Shaun’s claims as he explained there wasn’t any “chopping” in the field Leon was practising in.

Bradley tried to demonstrate a kick to get his point across but ended up lodging his foot on the quiz table.

Jokingly, he tried to reach his foot with his hands to bring it down and pretended to ask the crew for help.

He kept with this schtick as he presented the player with the low and high offers, squealing in pain.

Leon was unfazed by the presenter’s distraction and performed an almost perfect run bringing back to the table £40,000 for his team.

Unfortunately for Shaun, Leon was the first one of the night to not get caught by the Chaser.

The only other player remaining, Jon, was offered a low offer of minus £10,000, which Bradley deemed “unnecessary”, but which the player decided to take.

Leon was very clear in his advice to Jon and told him to make the tactical decision of losing some of the money he earned in order to not be facing the Chaser alone in the final round.

Bradley was rightfully impressed: “What a player! Gotta say, Leon, I haven’t seen someone make a decision like that and offer that kind of advice for a long long while.”

The two headed to the final together with a total of £30,000 but their combined effort of 16 steps wasn’t enough to beat the Chaser who caught them with 37 seconds left.