Bradley Walsh was on hand to help guide four contestants on The Chase this afternoon as a brand new team took on Paul ‘The Sinnerman’ Sinha. However, one contestant stunned viewers and the host with his head-to-head performance as he calmly guessed his way to securing his place in the ITV final by adding £50,000 to the jackpot prize fund.

The 32-year-old earned £6,000 in her cash-builder round and breezed through the first few head-to-head questions before being caught by the Chaser one space from home.

Richard followed suit in his cash-builder before winning his place in the final and adding £6,000 to the jackpot prize.

Sandra wasn’t so lucky and was caught by Paul after earning just £3,000 in her cash-builder round. 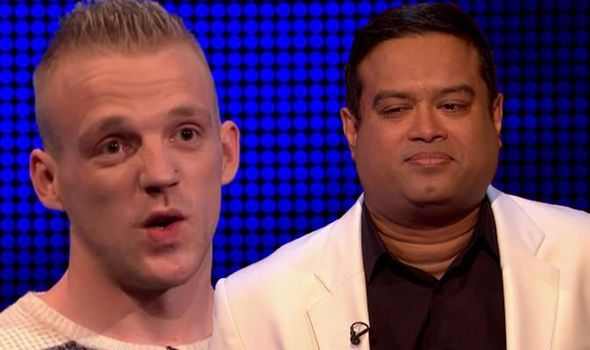 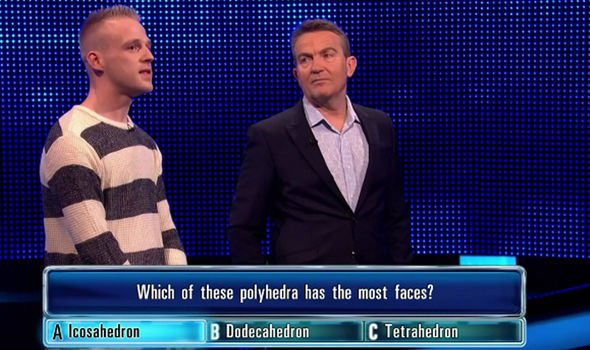 The last contestant to face Paul was Ryan who answered just two questions correctly but decided to take a huge gamble in his head-to-head.

Ryan discounted the minus offer straight away and declared “you’re only here once” as he told Bradley he’d like to play for £50,000.

The 27-year-old got off to a good start with a lucky guess before declaring each correct answer he gave was a guess.

As he got closer and closer to home, Paul kept laughing to himself every time Ryan’s answer was revealed. 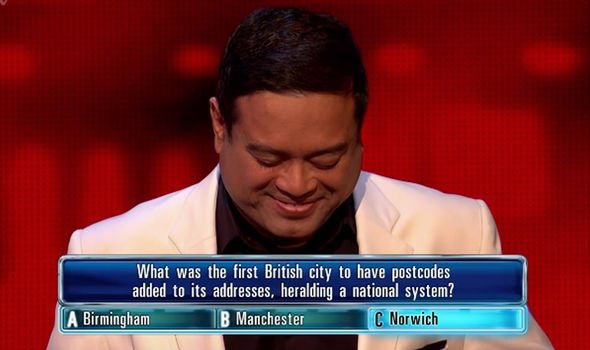 When Ryan won his spot in the final, he turned to Bradley and joked: “Who needs knowledge when you can guess?”

“Don’t even bother with the final chase, go out and buy yourself a lottery ticket,” Bradley remarked.

The Chase viewers were stunned by the result as one tweeted: “ Ryan has to be the most jammiest contestant in recent times #TheChase.”

While a second remarked: “50k. Thought he had ZERO chance at the start #thechase.”

“I am DYING laughing at Ryan on #TheChase right now. Literally the most nonchalant bluffer in the world.

“Everything is ‘I dunno just a guess’ and he walks away with £50,000. Considering he started off saying Hilary Clinton won the popular vote in 2000, this was gold,” a third shared.

“Can he choose my lottery numbers too?! #TheChase. Whaaaaaat just happened. Hope they win it now!” another viewer added.

“Ryan knows absolutely f**k all and has just got through with 50k… I’m speechless!!! #TheChase,” a fifth said.

“This guy has literally just guessed his way to the final round and the Sinnerman is just killing himself laughing! @paulsinha @ITVChase #TheChase,” someone else wrote.

Unfortunately, Ryan and Richard didn’t score enough in the final to beat The Sinnerman and were beaten with over 40 seconds left.

After their defeat, Bradley took the opportunity to praise Ryan’s performance and said: “Greatest head-to-head I’ve seen in a while.”

The Chase airs weekdays on ITV at 5pm.