The Boys season two, episode seven ended in a brutal scene where several characters had their heads blown-up. The shocking scene left fans reeling while wondering who exactly was behind the massacre. Here are some of the theories about this so far ahead of the series finale.

Who was behind the head explosions in The Boys?

WARNING: This article contains spoilers for The Boys season 2, episode 7.

Fans of The Boys have been following all the drama of season two ever since it started airing at the beginning of September.

Now the show is coming up to its season finale, there is one major mystery fans are desperate to be resolved.

Following a spate of horrific murders where people’s heads have been exploded, viewers are eager to know who is behind this.

This all started back in episode one when Deputy Director Raynor (Jennifer Esposito) met with Hughie (Jack Quaid) and Mother’s Milk (Laz Alonso) to reveal some information. 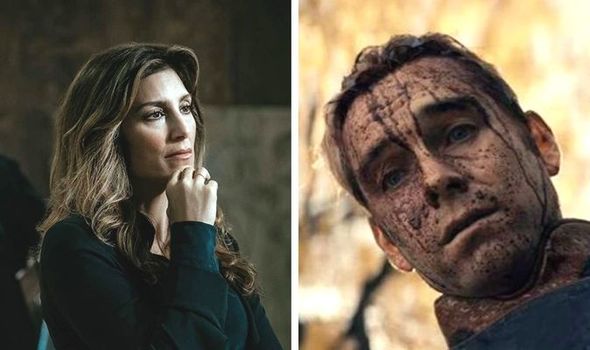 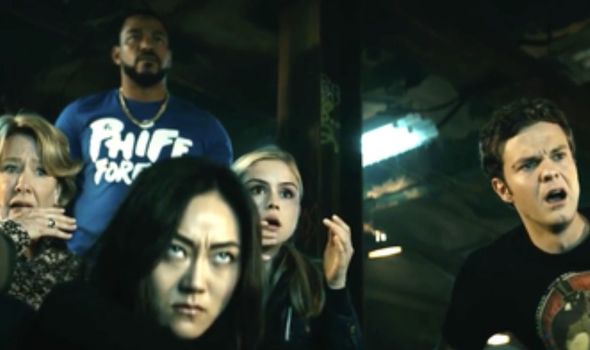 However, just as she was about to reveal something crucial, her head mysteriously exploded.

She said: “The whole picture, it’s Vought, it’s a f***ing coup from the inside.”

Then at the end of episode seven, this happened on a much larger scale as the congressional hearing on Vought started.

However, this was quickly thrown into chaos when most of the key witnesses were killed. 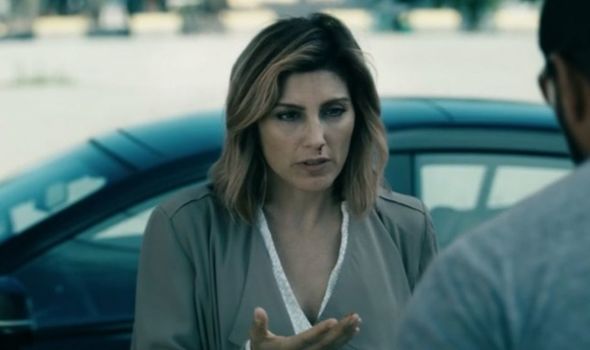 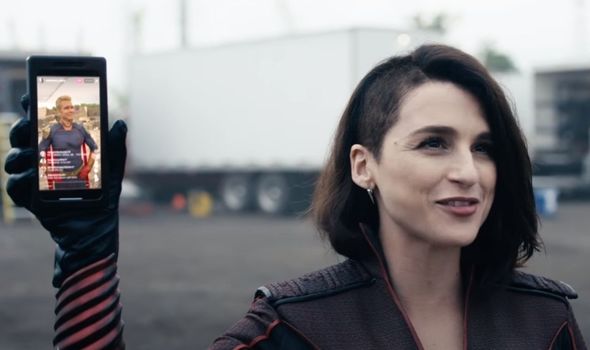 The first to be murdered was Dr Jonah Vogelbaum (John Doman) who was about to testify against Vought.

Then superheroes and witnesses alike all quickly followed with the same horrific fate.

The massacre left fans desperate to know who was behind the killings as the identity of the culprit was never revealed.

One theory about who it could be is Cindy (Ess Hödlmoser), who was one of the people being experimented on in the Sage Grove Hospital facility.

The Boys season 2 cast: Who is in the cast of The Boys? [PICTURES]
The Boys season 2: Why aren’t all of the episodes on Amazon? [INSIGHT]
The Boys: Which X-rated scene did Amazon ask to be cut? [INTERVIEW]

Speculating on Reddit, JohnChikr wrote: “What about the head explosion from earlier where Cindy was still trapped in the hospital?”

Fans will remember she could explode people as well as tearing off doors, as viewers saw in the episode.

She also escaped at the end of episode six when she was last seen hitching a ride.

Therefore, it seems possible she could have had a role in the deaths so far.

Another fan posted on Reddit and speculated it could be something to do with the Church of the Collective.

Mr_Rogers_II wrote: “Something tells me the Church of the Collective has something to do with the slaughter.

“The leader of the church says he has a surefire way of getting them both back in and one of the people whose head explodes is Shockwave.

“Plus the church obviously has high up connections with Vought I wouldn’t be surprised if the church was just a religious branch of it.”

However, some other fans think it could even be Stan Edgar (Giancarlo Esposito) behind the killings.

This is because it has not been revealed so far whether the mysterious character has any powers.

At the moment, it seems like fans will just have to wait until the season finale on October 9 to find out who is responsible.

The Boys is airing on Fridays on Amazon’s Prime Video.