Great white sharks might receive all of Hollywood’s attention, but their smaller cousins, tiger sharks, are the true stuff of nightmares. Tiger sharks or Galeocerdo cuvier are the second most likely species to attack humans, and together with great whites and bull sharks form the infamous “Big Three” in the shark attack world. According to the International Shark Attack File, tiger sharks “should be treated with extreme caution and a great deal of respect”.

It comes as no surprise then that even tiger shark pups are formidable beasts from the deep.

Marine biologists have recently taken a peek inside the womb a pregnant tiger shark.

The scan revealed a well-developed shark pup with jaws lined with blade-like teeth.

And yet, according to the Sulikowski Shark and Fish Conservation Lab, the 12ft-long shark was only halfway through its pregnancy at the time of the ultrasound. 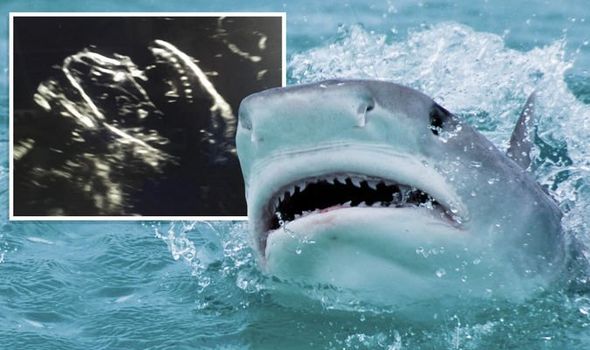 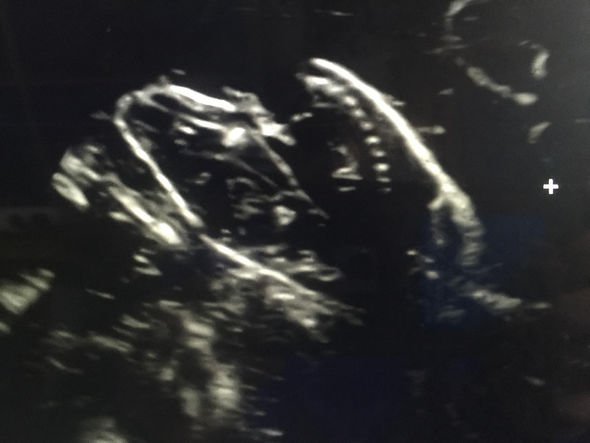 The Sulikowski lab operates at Arizona State University under Dr James Sulikowski, a professor of Marine Sciences at the University of New England.

Dr Sulikowski and his team of students explore ways in which scientists can more effectively manage and conserve shark populations.

And in the process, they uncover terrifying insights into the life of these marine predators.

Sharing the shark ultrasound to Instagram, the group posted: “Baby tiger shark – check out those teeth!

“Amazing image of an in utero pup with our @eimedical ultrasound from our work with @sharktagging and Tiger Beach.

One person responded to the image saying: “That definitely looks like Godzilla’s baby.”

Tiger sharks can grow as big as 18ft (5.5m) in length and are instantly recognisable by their striped and spotted markings.

They are found in temperate and tropical waters, with the exception of the Mediterranean Sea.

And although they can be prone to attack humans, most tiger sharks prey on sea birds and some land animals as well as human rubbish. 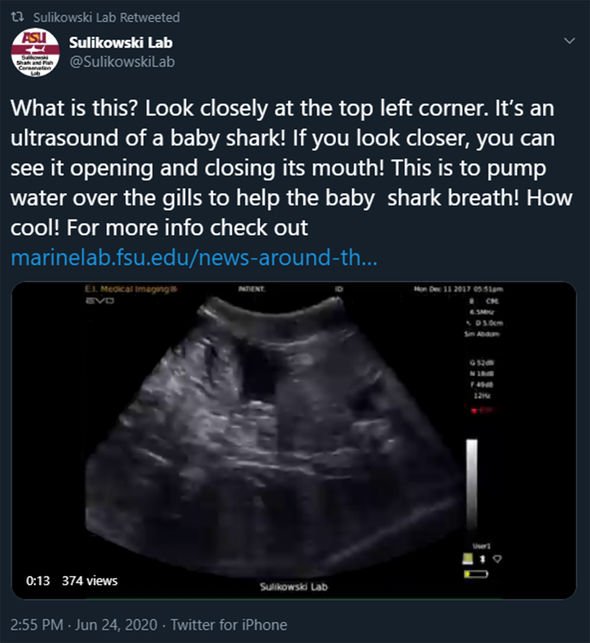 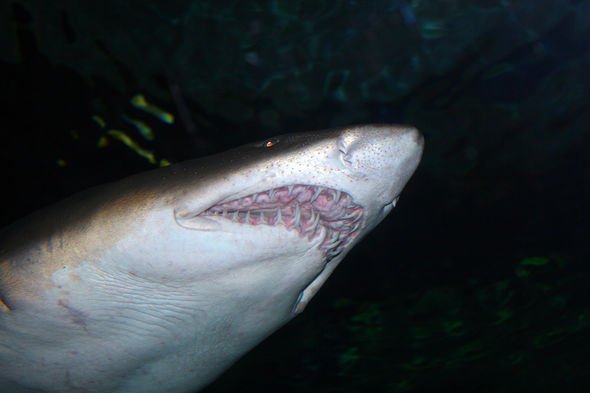 The International Shark Attack File said: “Tiger sharks are often curious and unaggressive when encountered yet are one of the three species most commonly implicated in shark attacks and fatalities and show should be treated with extreme caution and a great deal of respect.”

Earlier this year, the Sulikowski Lab also shared an ultrasound video of a baby shark moving around in the womb.

The shark can be seen in the video opening and closing its mouth.

The group tweeted: “This is to pump water over the gills to help the baby shark breath! How cool!”

And in an even more terrifying twist, tiger sharks’ cousins, sand tiger sharks, will devour their siblings while still in the womb.

Female sand tiger sharks will often carry seven to six pups but will only give birth to two.

This happens because researchers found the shark embryos will feast on their siblings once they reach a certain size threshold.