The Blacklist Season 9 Episode 6 served as the show’s winter finale, which means fans will have to wait to see what happens in episode 7.

Since a new episode of The Blacklist Season 9 is not airing tonight at 8 p.m. ET on NBC, L’Oréal Paris Women of Worth will take its time slot. The one-hour special broadcast event showcases “the inspiring stories of 10 women whose tenacity and courage are leading to meaningful change in addressing society’s most pressing issues.”

So, if you tune into NBC at 8 p.m. ET tonight thinking you’re going to be watching a new episode of The Blacklist Season 9, you might be in for a surprise.

What happened in episode 6?

The last new episode of The Blacklist Season 9 premiered on Dec. 9, and it was called “Dr. Roberta Sands, Ph.D.” In episode 6, the task force became aware of a Blacklister named Dr. Sands, a therapist for the mob. The team eventually caught her and brought her into custody. However, Red convinced Dr. Sand to be his personal therapist and jet her off to a private island.

Elsewhere in the episode, Park had trouble dealing with the darkness inside her, hurting her marriage with Peter. And we found out that Cooper was being framed for the murder of Doug Koster.

But the real kicker came when Red visited Agnes. She informed him that she knew he was from Russia because her mother told her “everything I would ever need to know about [Red].” Agnes also reveals that Liz told her Red was “the most important person in her life besides me.”

Red realizes that Agnes might know these things if Liz read the letter he entrusted to Dembe to give to Liz when he died. Red ran it through forensics to see if her fingerprints were on the note. And, as it turned out, Liz’s fingerprints were all over the letter. Now, Red is very angry at Dembe, to say the least.

Unfortunately, with all of the new developments in The Blacklist Season 9 Episode 6, fans will have to wait a few more weeks to see what happens next. 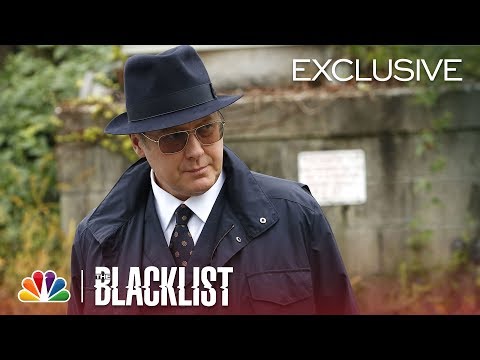 When will ‘The Blacklist’ Season 9 return with new episodes?

The Blacklist Season 9 returns with new episodes on Jan. 6 at 8 p.m. ET on NBC. Episode 7 is titled “Between Sleep & Awake,” and episode 8 is called “Dr. Razmik Meier.”

Interestingly, episode 7 is not named after a Blacklister. But according to TVLine, it is not the flashback episode that fills in the gaps of what happened between Red and Dembe.

While fans wait for new episodes of The Blacklist Season 9, they can binge the first eight seasons on Netflix and catch up on season 9 episodes on Peacock or NBC’s website.