The new post-apocalyptic fantasy series from comic creator Jeff Lemire and Marvel’s Robert Downey Jr has remained firmly in Netflix’s top ten since its premiere at the start of June. After coming to an ambiguous conclusion in episode eight, principal star Dania Ramirez spoke exclusively to Express.co.uk about what’s coming in season two.

Dania Ramirez is confident she’ll be returning to the world of Sweet Tooth very soon.

Netflix have yet to officially confirm a second instalment is on the way, but strong reviews and top spot in the streamer’s charts are clear signs the story will eventually continue.

Speaking to Express.co.uk, she said: “Well, I’m excited for what comes next, more than hoping, because I do believe that we’re in great hands.”

Showrunner Beth Schwartz left a number of questions unanswered by the end of the finale that will keep fans on tenterhooks until the series returns. 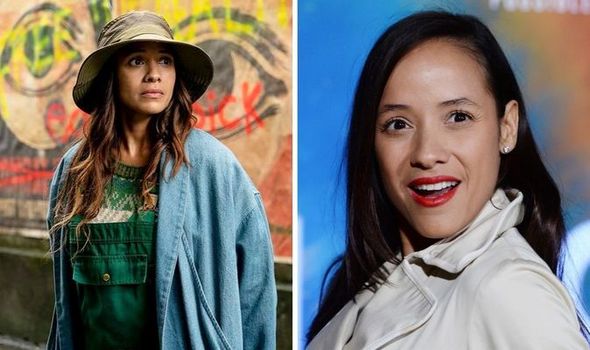 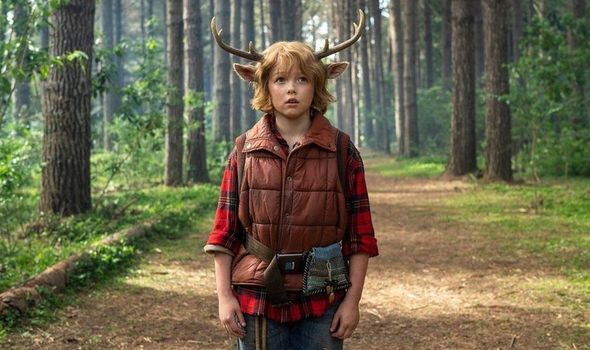 Ramirez’ character Aimee Eden was last seen facing off against the sinister General Abbot (played by Neil Sandilands) to protect her cohort of hybrid children.

She then met up with Tommy Jepperd (Nonso Anozie), who was separated from Gus (Christian Convery) by a squad of Abbot’s Free Men.

With the hybrids making a daring escape and Gus’s mother Birdie (Amy Seimetz) back in the fold, the last episode has certainly set up an action-packed follow-up.

As subscribers wait with baited breath for Netflix to give Sweet Tooth the greenlight for season two, Ramirez claimed she’s already expecting to see the scripts any day now. 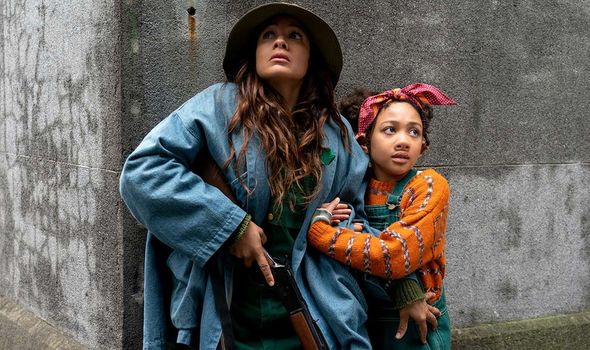 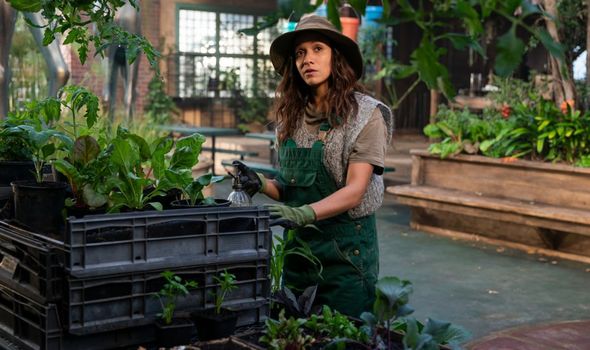 The actress maintained: “I do believe that we’re in great hands.

“Jeff Lemire has been so supportive, and Jim Mickle and Beth Schwartz who write and create the show are just brilliant in the ways that they want to take these characters.”

The trio of creators who masterminded the first season let their creativity shine through in the initial eight episodes.

Although the TV adaptation has taken some dramatic departures from Lemire’s original series, Ramirez is positive the second chapter will be just as fulfilling.

Much like the fans of the series, the actress pointed to Sweet Tooth’s abundance of loose ends and twist endings as a clear sign the show will come back.

She explained: “I like the fact that the ends were sort of loose because it really allows us as a television show to have endless possibilities for ways to go.

“I trust [the writers] completely. I’m excited to get the next script and see what will happen!

“I’m hopeful to have an opportunity to come back and take you guys on another journey.”

Even so, the rip-roaring adventures of Gus and Jepperd have clearly touched the hearts of enough fans to make it one of Netflix’s biggest new hits.

Director Jim Mickle and Beth Schwartz have shown no signs of slowing down, so hopefully Sweet Tooth’s chart-topping success can convince the streamer to line up a second season in the coming weeks.

Sweet Tooth is available to stream on Netflix.