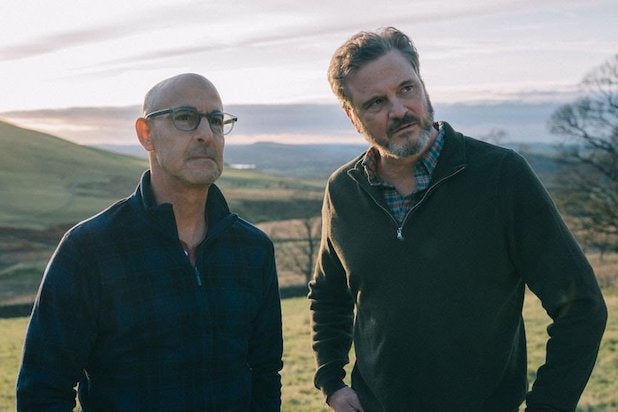 Bleecker Street has acquired the North American rights to “Supernova,” the romantic drama starring Stanley Tucci and Colin Firth as a married couple coping with one partner’s dementia.

Harry Macqueen’s directs the film that made its premiere at the San Sebastian Film Festival and will be released in the U.K. by STUDIOCANAL. Bleecker has yet to set domestic release date plans for “Supernova.”

The film stars Firth and Tucci as partners of 20 years traveling across England to visit friends and family from their past on what will be their last trip after Tucci’s character has received a life-changing diagnosis of young-onset dementia. Secrets are uncovered, private plans unravel, and their love for each other is tested like never before. Ultimately, they must confront the question of what it means to love one another in the face of an irreparable illness.

“Supernova” was produced by Emily Morgan of Quiddity Films and Tristan Goligher of The Bureau. The film is Macqueen’s second feature after his film “Hinterland.”

“When we saw this film, we were so taken by the beauty of the writing and how timeless of a love story Harry created,” Andrew Karpen, CEO of Bleecker Street, said in a statement. “The performances of Colin and Stanley are so touching and authentic, we knew we wanted to be part of bringing it to audiences.”

“I am delighted and honored to be partnering with Bleecker Street on the U.S. release of ‘Supernova,’” Macqueen said in a statement. “Propelled by two magnificent central performances from Colin and Stanley, ‘Supernova’ is a film about how we live, love and take care of each other – even in the most difficult of circumstances. It’s a life-affirming film about what we do for those we care about the most that perhaps seems even more important right now than ever.”

Development on “Supernova” was initiated by Morgan with research and screenwriting support from The Wellcome Trust and Quiddity’s BFI Vision Award before partnering with The Bureau. The film is funded by BBC Films and the BFI, awarding National Lottery funding, and the executive producers are Eva Yates, Mary Burke and Vincent Gadelle.

The deal was brokered between Kent Sanderson and Avy Eschenasy of Bleecker Street and Clémentine Hugot of The Bureau Sales on behalf of the film.

Bleecker Street most recently released “Save Yourselves!” following its Sundance premiere, and its upcoming releases include “Dream Horse” with Toni Collette, “Wild Mountain Thyme” starring Emily Blunt and Jamie Dornan and “The World to Come” starring Katherine Waterston, Vanessa Kirby and Casey Affleck.