The former X Factor star, 29, who recently dropped three dress sizes, stripped down to a black lace bra and showcased her new hairdo, which she dyed pink to keep in theme with the BCAM ribbon symbol.

The international campaign takes place every October to help improve awareness and raise funds for research into the disease. 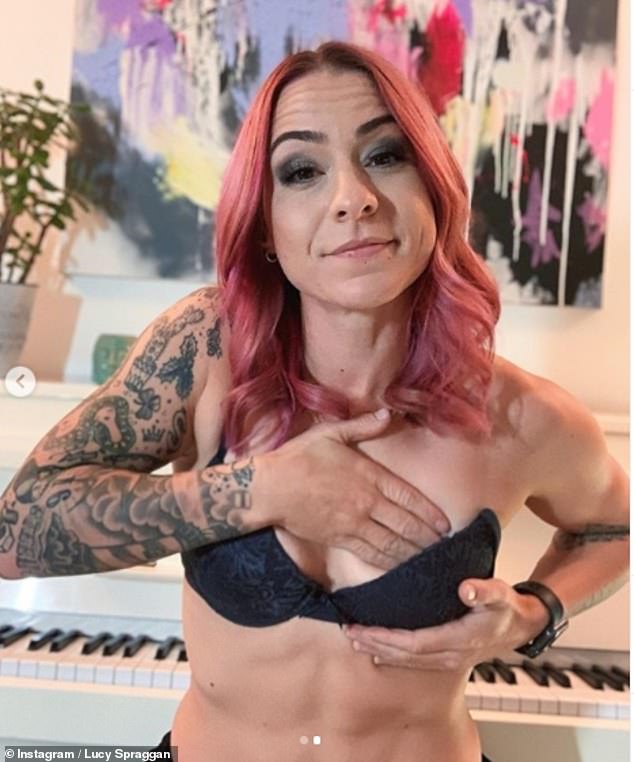 Flaunting her toned and heavily-tattooed figure, the singer stunned in her lingerie, which she teamed with a plain black watch and dainty hooped earrings.

The Last Night hitmaker, who had previously transformed her signature dark locks into a sandy blonde shade, framed her face with her curly candyfloss-inspired tresses and opted for a smoky eye make-up look.

She captioned her post: ‘*IMPORTANT* 1. Check your t*ts. Ok, carry on!! #breastcancerawarenessmonth.’ (sic) 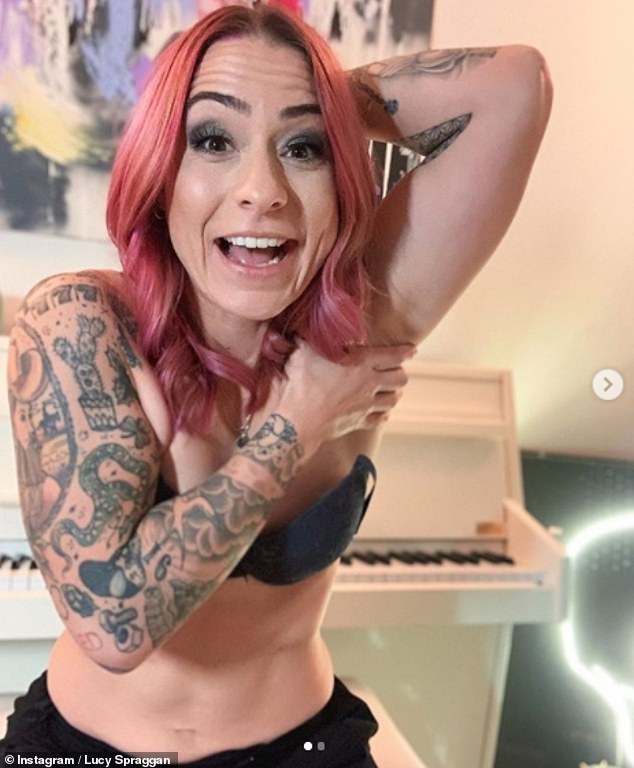 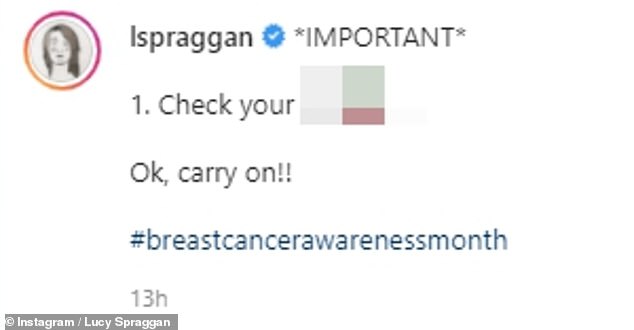 Important message: The X Factor star, 29, stripped down to a black lace bra and showcased her new hairdo, which she dyed pink to keep in theme with the BCAM ribbon symbol 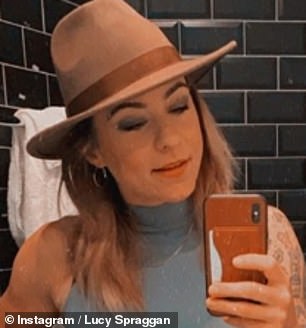 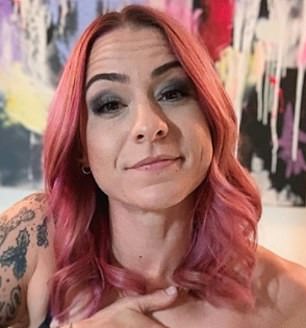 What a change: The Last Night hitmaker, who had previously transformed her signature dark locks into a sandy blonde shade (L), framed her face with her curly candyfloss-inspired tresses 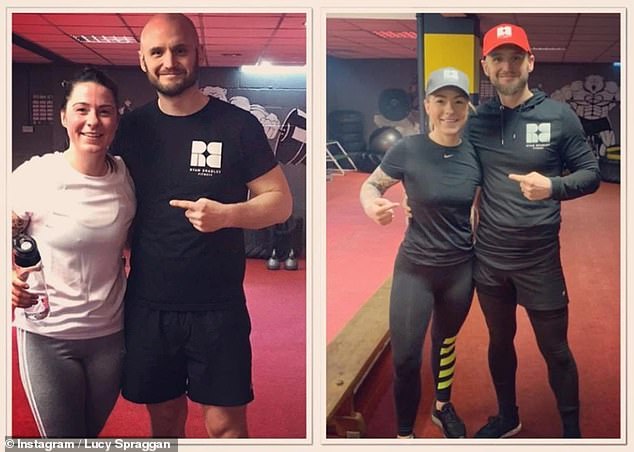 Earlier this week, Lucy told how her previous dependence on alcohol ‘closed so many doors’ in her life and she feels lucky to have ‘escaped’ what she put herself through.

The musician who gave up alcohol last year, penned a passionate post about her relationship with drinking as she discussed her new single Sober.

She shared a still from the song’s music video where she appeared teary eyed while looking into the camera. 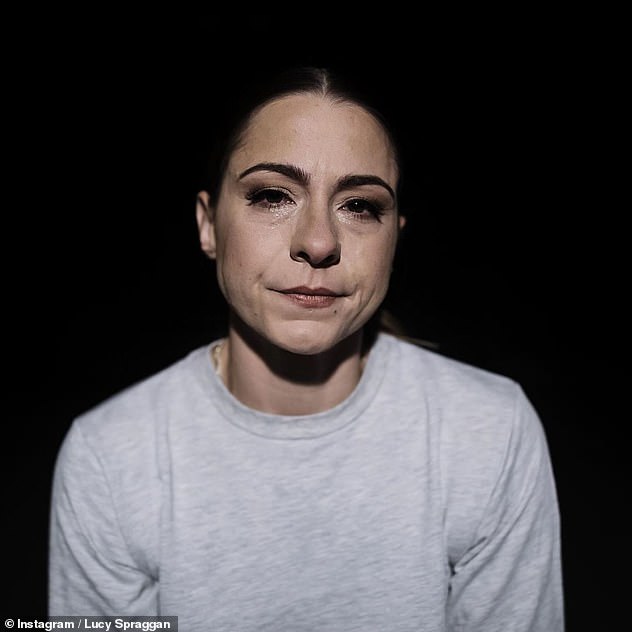 Honest: Earlier this week, Lucy told how her previous dependence on alcohol ‘closed so many doors’ in her life and she feels lucky to have ‘escaped’ what she put herself through 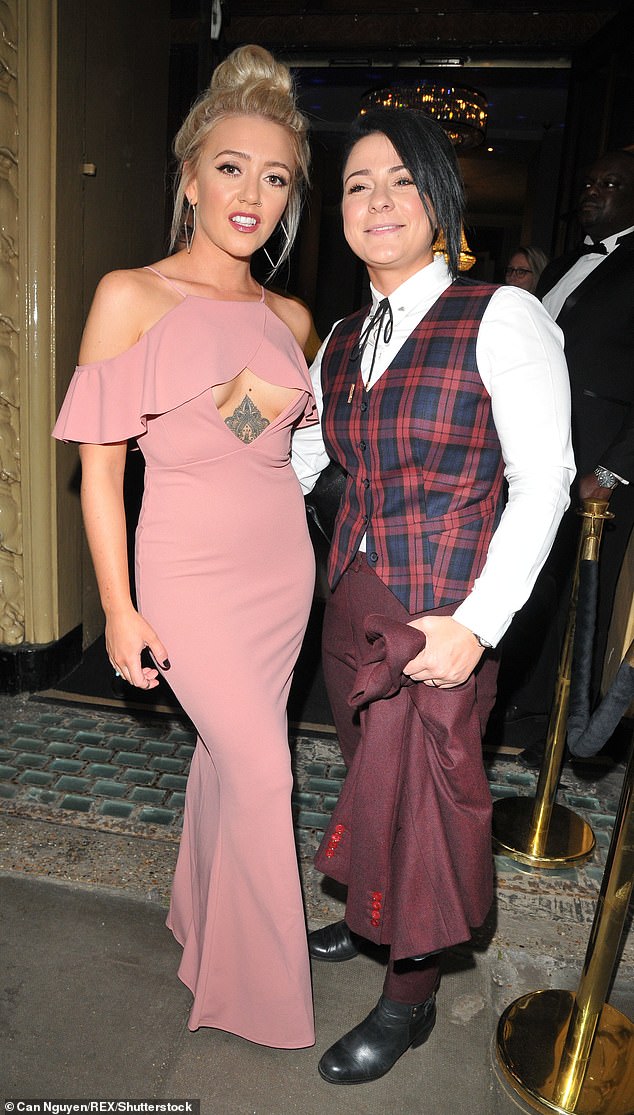 Former couple: Last year was a tough one for Lucy, who announced she had split from her wife Georgina Gordon after three years of marriage (pictured in 2018)

Last year was a tough one for Lucy, who announced she had split from her wife Georgina Gordon after three years of marriage.

But just last month, the media personality revealed she is now dating a ‘hot gal’ during an interview on FUBAR Radio.

The musician said: ‘I’ve been seeing her for a bit. I’ve been very open about my life, like a lot about my life my whole life, and this time I’m a bit like, do you know what, I’m going to keep some stuff for myself.’

For anonymous help with alcohol addiction, call Alcoholics Anonymous free on on 0800 9177 650 or email [email protected] 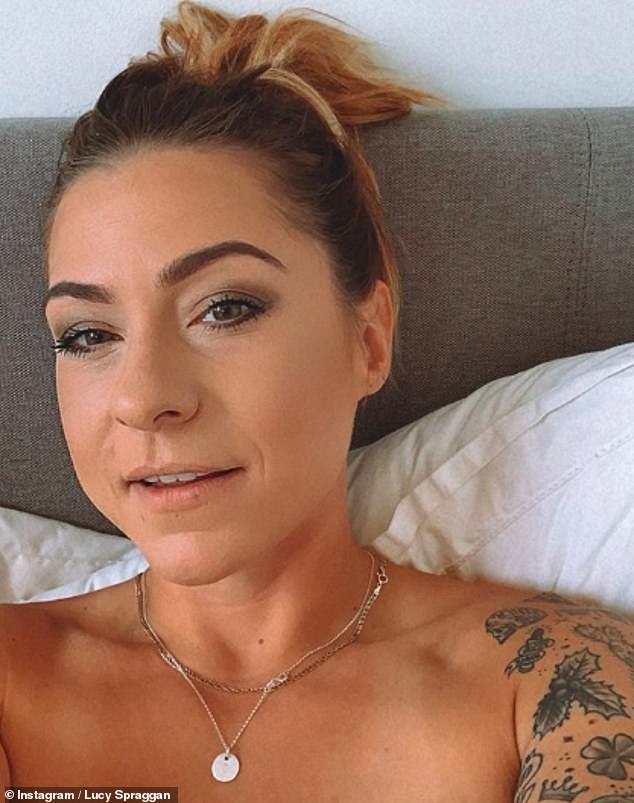 Feeling good: But just last month, the media personality revealed she is now dating a ‘hot gal’ during an interview