STACEY Solomon has returned to social media in high spirits by sharing a snap of her son Rex sleeping in their dog's bed.

The 30-year-old star took a break from Instagram this weekend after admitting fears of missing 14-month-old Rex growing up. 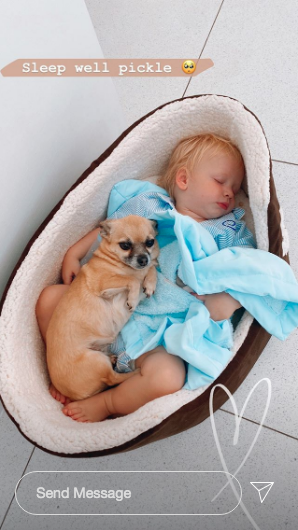 Although it didn't take long for the mum-of-three to make her highly anticipated return as she shared a snap of the tot to her profile – just one day later.

Firstly posting a snap of herself and Rex wearing striped pyjamas, she wrote: "Good Morning. Missed you all yesterday… how are you this morning?

"Pickles pyjamas are melting my heart."

She later followed the post with a photo of the adorable tot sleeping in their pet dog's bed. 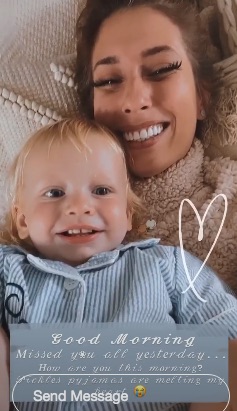 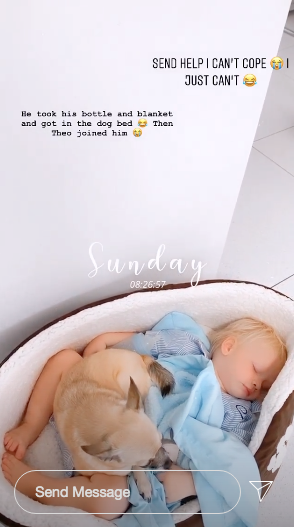 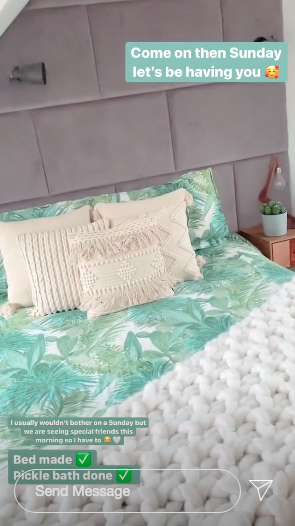 Rex was snuggled up in the bed with his blanket and bottle, while dog Theo lay on top of him.

Clearly amused by the set-up, Stacey said: "He took his bottle and blanket and got in the dog bed. Then Theo joined him."

The TV star also gave fans a glimpse of her morning routine as she made the bed and rustled up breakfast.

Stacey previously revealed she was quitting social media to enjoy quality time with boyfriend Joe Swash and their son. 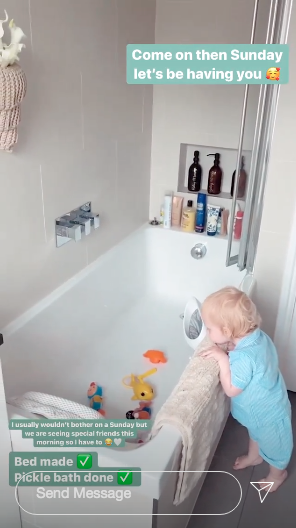 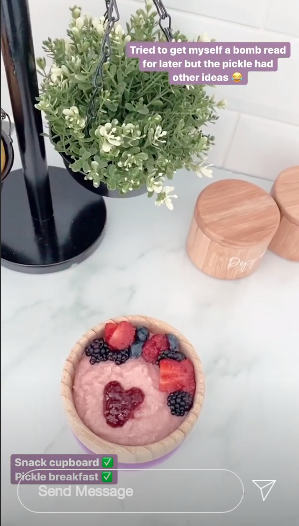 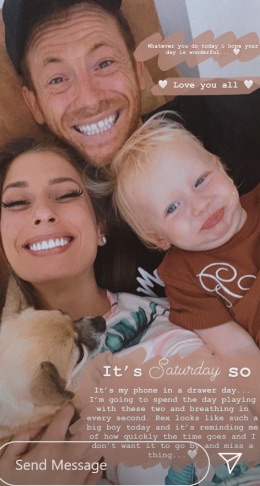 Taking to her Instagram Story yesterday, the Loose Women panelist shared a video of her youngest enjoying dippy eggs for breakfast.

She followed up with a sweet selfie alongside Joe and their son, adding the caption: "It's Saturday so it's my phone in a drawer day… I'm going to spend the day playing with these two and breathing in every second.

Stacey is also mum to 12-year-old Zachary and eight-year-old Leighton, who usually spend weekends with their dads. 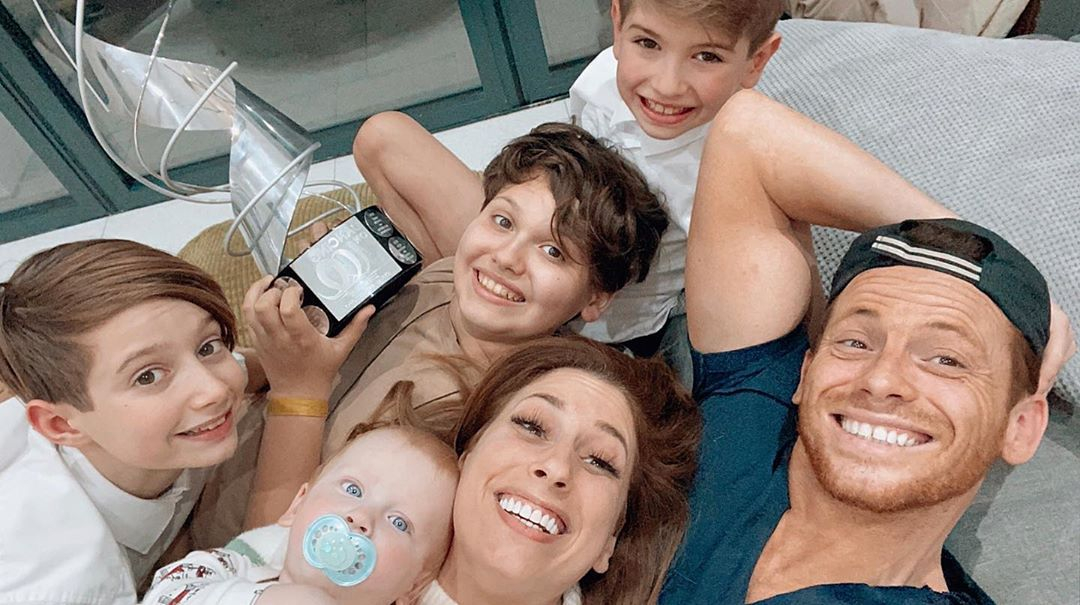 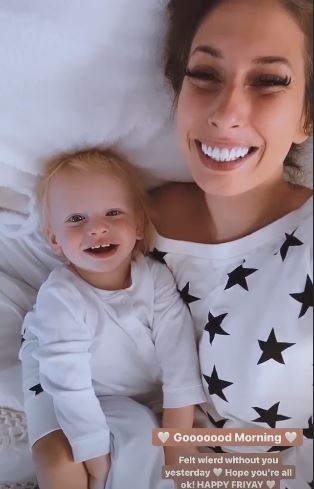 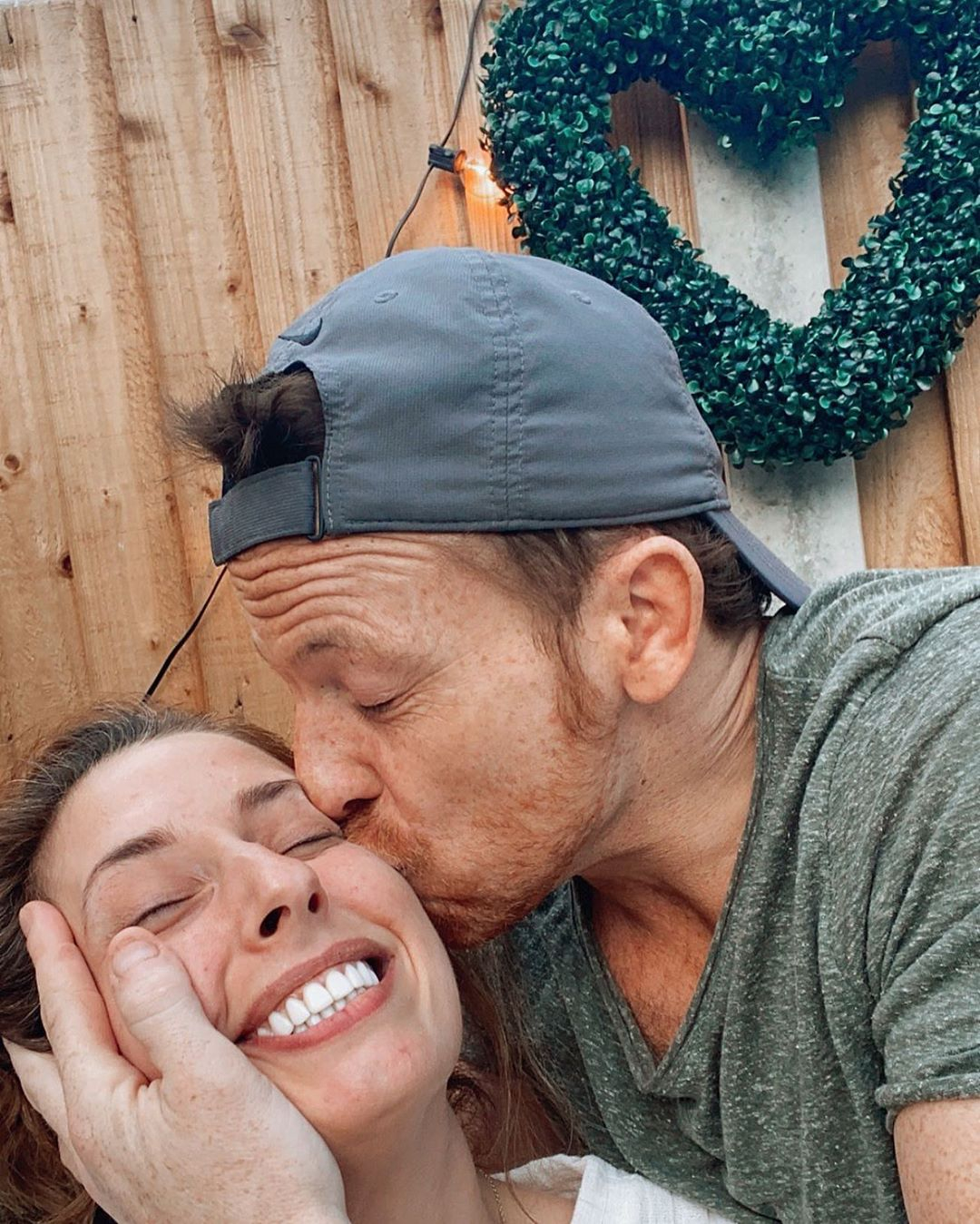 This is the second time this week that Stacey has ditched her phone for the day, previously admitting that she needed a time out because she was being affected by cruel messages from trolls.

She later heaped praise on Joe for getting her through the slump, with the ex EastEnders star treating her to McDonald's as a pick-me-up.

The loved-up pair also sent tongues wagging that Stacey is pregnant as she cradled her stomach and craved sweet food.

Joe had shared a photo of her asleep on the sofa well before 9pm, sparking speculation that she is expecting.

One fan said Stacey was covering her stomach with her hand in the photo.

And another fan mused: "Last time you posted pics like that….. baby Rex……."