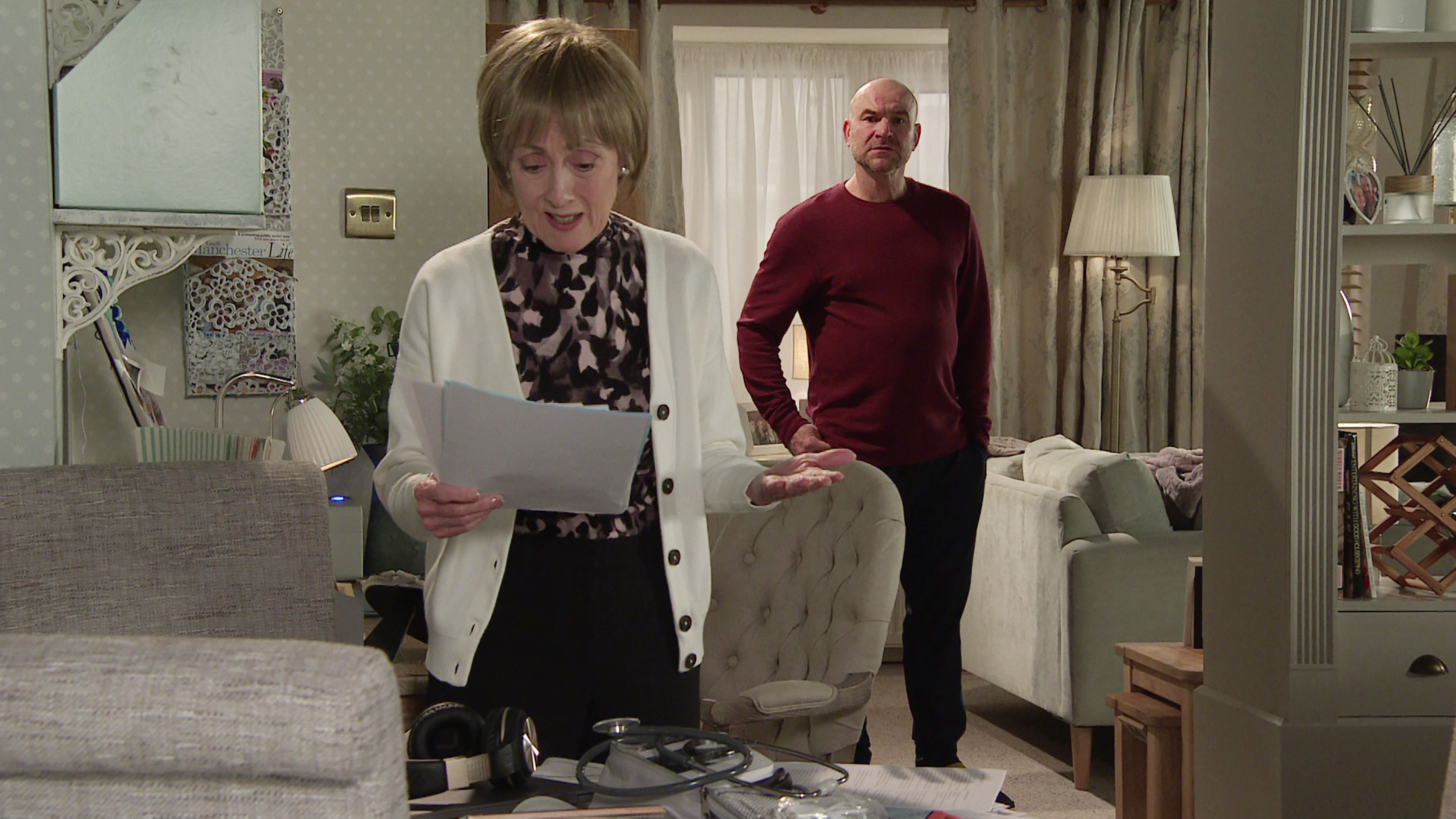 Tim (Joe Duttine) and Sally (Sally Dynevor) have been rather eager to resume marital relations on Coronation Street following Tim’s heart surgery. Tim was frustrated at having to wait six weeks, but now the time is up and they’re allowed to get back to some bedroom fun and games.

There is a stumbling block, however. Tim’s mum Elaine (Paula Wilcox) is still living with them, and there’s nothing more guaranteed to dampen the ardour than your mum bursting in at the wrong moment.

Which is exactly what Elaine does.

A disappointed Tim tells Sally he’s going to ask Elaine to leave – they need their private space back. Unfortunately Tim bottles it when he tries to talk to Elaine, and somehow ends up promising to redecorate the spare room for her!

Sally’s fuming at the idea that he’s only gone and made things more comfortable for his mum to stay longer, and has a go at Tim for failing to kick Elaine out.

A chastened Tim promises his wife that he’ll sort things out with Elaine – but will he pluck up the courage to actually confront her?