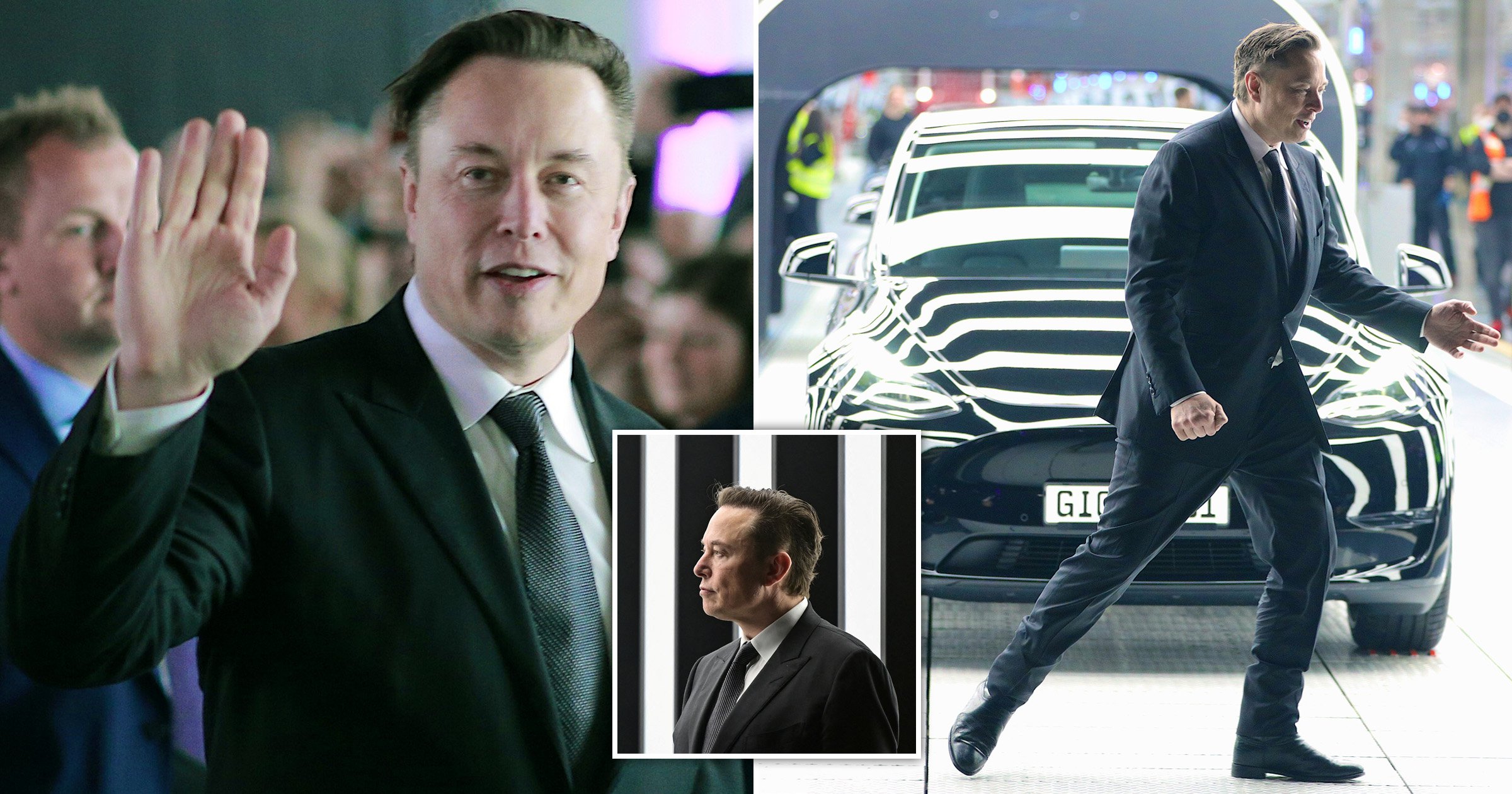 Elon Musk was unable to contain his excitement at the launch of Tesla’s first European operation – and he broke out into a dad dance.

The dad of seven was cheered on as he oversaw the handover of his company’s first German-made cars at its Gruenheide plant yesterday.

It marked the start of the US firm’s inaugural European hub, just two years after it was first announced.

Loud music played as 30 clients and their families got a first glimpse of their new electric vehicles through a glitzy, neon-lit Tesla branded tunnel, clapping and cheering as Musk danced and joked with fans.

‘This is a great day for the factory,’ Musk said, describing it as ‘another step in the direction of a sustainable future’.

He added Tesla is likely to launch a test version of its new ‘Full Self-Driving’ software in Europe, possibly next year depending on regulatory approval.

‘It’s quite difficult to do full self-driving in Europe,’ he told factory workers yesterday, saying much work needs to be done to handle tricky driving situations in Europe as roads are not as standardised.

The event was attended by the German chancellor Olaf Scholz, who lauded the gigafactory as the future of the car industry.

The launch was not without opposition, as some environmental activists blocked the factory’s entrance while displaying banners protesting its high water use.

Two protesters reportedly rappelled from a motorway sign near the factory, blocking traffic for hours after the event.

Musk had hoped to begin output from the factory eight months ago, but licensing delays and local concerns around the plant’s environmental impact had delayed the process.

As a result, Tesla was forced to service European orders from Shanghai while it awaited its German licence – adding to rising logistics costs at a time when it was struggling with industry-wide chip shortages and other supply chain disruptions.

Tesla finally got the green flag on March 4 from the German authorities to begin production, provided it met conditions ranging from its water use to air pollution controls.

On the day of the plant’s opening, top US securities regulator urged a federal judge not to let Musk back out of an agreement requiring that his Twitter use be monitored.

The new owners received the Tesla Model Y Performance configuration, costing €63,990 (£53,269) with a 514km range, Tesla said, adding new orders from the plant could be delivered starting next month.

At full capacity, the plant will produce 500,000 cars a year, more than the 450,000 battery-electric vehicles that German rival Volkswagen sold globally in 2021.

But Musk has said ramping up production would take longer than the two years it took to build the plant.

It will also eventually generate 50 gigawatt hours of battery power, surpassing all other plants in Germany.

Tesla is expected to initially import batteries from China for its German-made Model Ys before it starts local battery production.

Musk said battery production will be a ‘challenge’ next year and will be ‘the limiting factor’ in the coming years, as Tesla aims to aggressively boost vehicle production.

Tesla shares peaked by 7.9% at their highest level in more than two months on Tuesday.