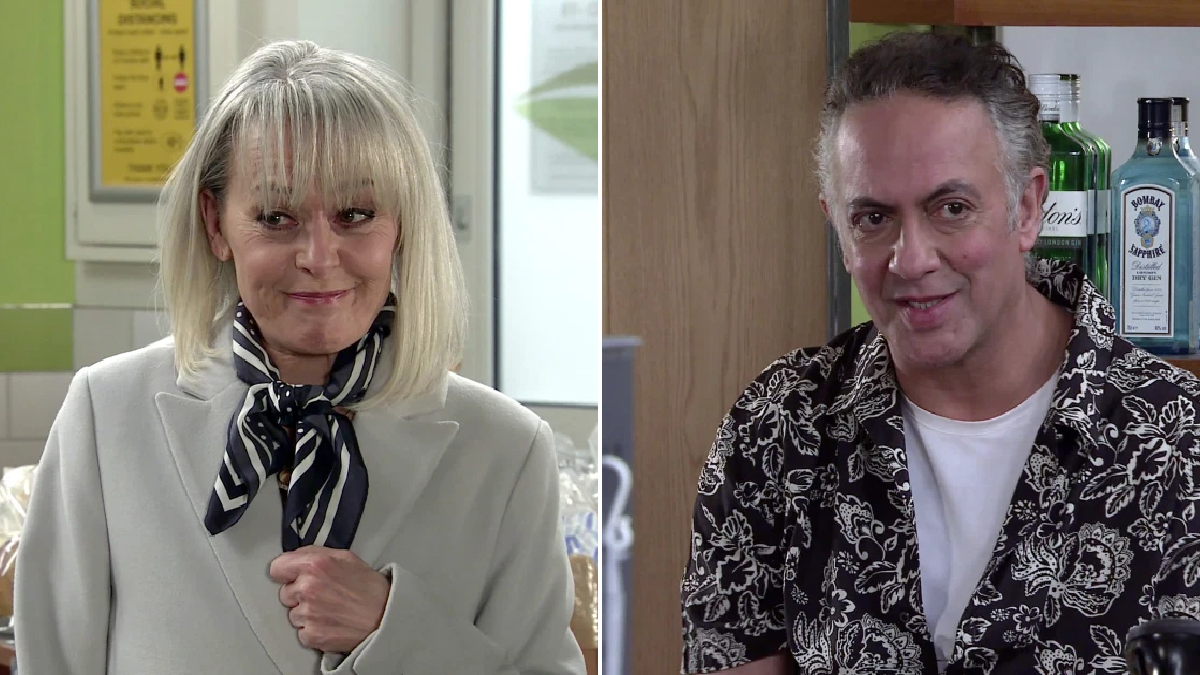 Sharon Bentley (Tracie Bennett) is currently busy trying to get to Leanne Battersby (Jane Danson) in Coronation Street. Not only is she working for Harvey (Will Mellor), but viewers also recently discovered the drug lord is Sharon’s nephew.

As the pressure builds, Sharon looks to Dev (Jimmi Harkishin) and tries to seduce him in her attempts at finding Leanne and Simon (Alex Bain).

Sharon tells Harvey how she plans to find out Simon’s gamertag and trace him online.

Having formed a plan, Sharon invites Dev to share a bottle of wine with her.

After their evening, Sharon makes out she’s lost an earring and it’s most likely at his house.

Dev hands over the keys and Sharon lets herself into No.7. As she sets about putting her plan into place, she messages Simon from Aadi’s (Adam Hussain) console.

When Dev returns, Sharon grows worried Aadi might see her message to Simon so manages to convince Dev to ban Aadi from his console for the week as his choice of games is far too violent.

Will Simon take the bait and answer Sharon’s message?

If Sharon’s plan isn’t a success, what will Harvey do next?