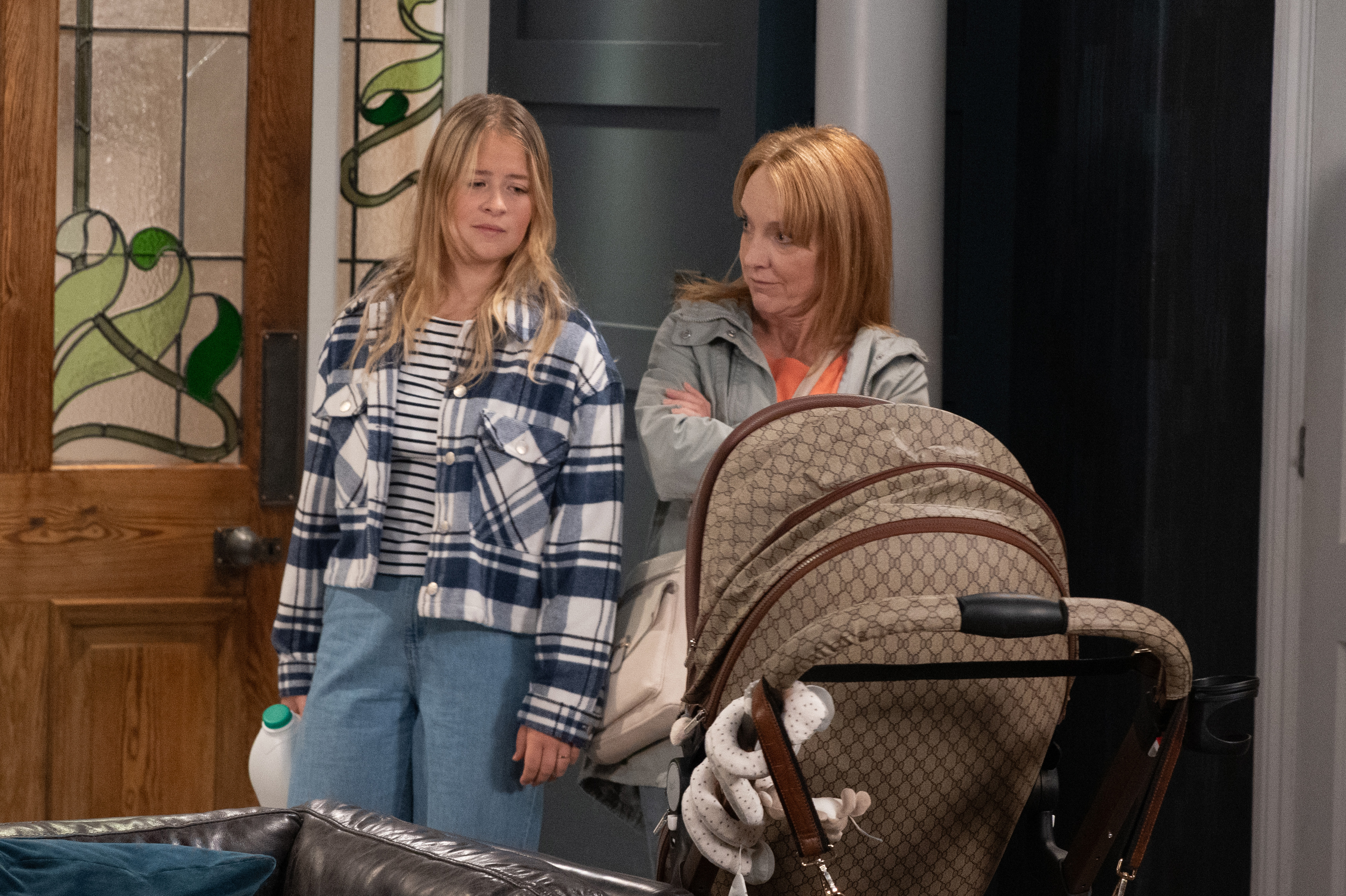 When Sandra (Joanne Mitchell) and Liv (Isobel Steele) walked in on Gabby (Rosie Bentham) and Vinny (Bradley Johnson) in an embrace on the sofa in tonight’s Emmerdale, Sandra thought her scheme to split up Vinny and Liv was coming along beautifully.

She completely underestimated the bond between Liv and Vinny, and how good a friend Gabby is to both of them, however.

Gabby very quickly told Liv that it was Sandra’s idea for her to come over for a chat with Vinny about their marriage. Because of Sandra’s recent unsubtle performances as she tried to ignite a spark between Vinny and Gabby, Liv very readily believed her friend and called Sandra out on her meddling ways.

Despite all of this, Sandra still managed to convince Liv that she had her best interests at heart and was just misguided about the way she’d gone about things. She suggested a drink at the Woolpack and sent Vinny and Liv to get a table.

As soon as they were out of earshot, Sandra took out her phone and called her accomplice, Terry, to fill him in on the progress of her scheme.

‘There is absolutely no way he is going to cheat on her and she knows it,’ she reported, and then revealed the full scheme – she’s after Liv’s house!

‘Unless he is out of the picture we’re not going to get our hands on her house, let alone sell it, and we need that cash,’ Sandra told Terry, before outlining the next steps she’s going to take as her behaviour towards her daughter is set to get particularly nasty.

‘She’s still off the booze but it would only take one drink and she’d be back where she started. How tragic would that be, eh?’ she said, glancing across the road where Liv sat outside the Woolpack, oblivious of her mother’s evil intentions.

Will Sandra’s scheme to get Liv back on the booze work?

Or will her daughter and Vinny realise that everything Sandra has done since she returned to the village has been a huge scam to destroy Liv and take all her money?