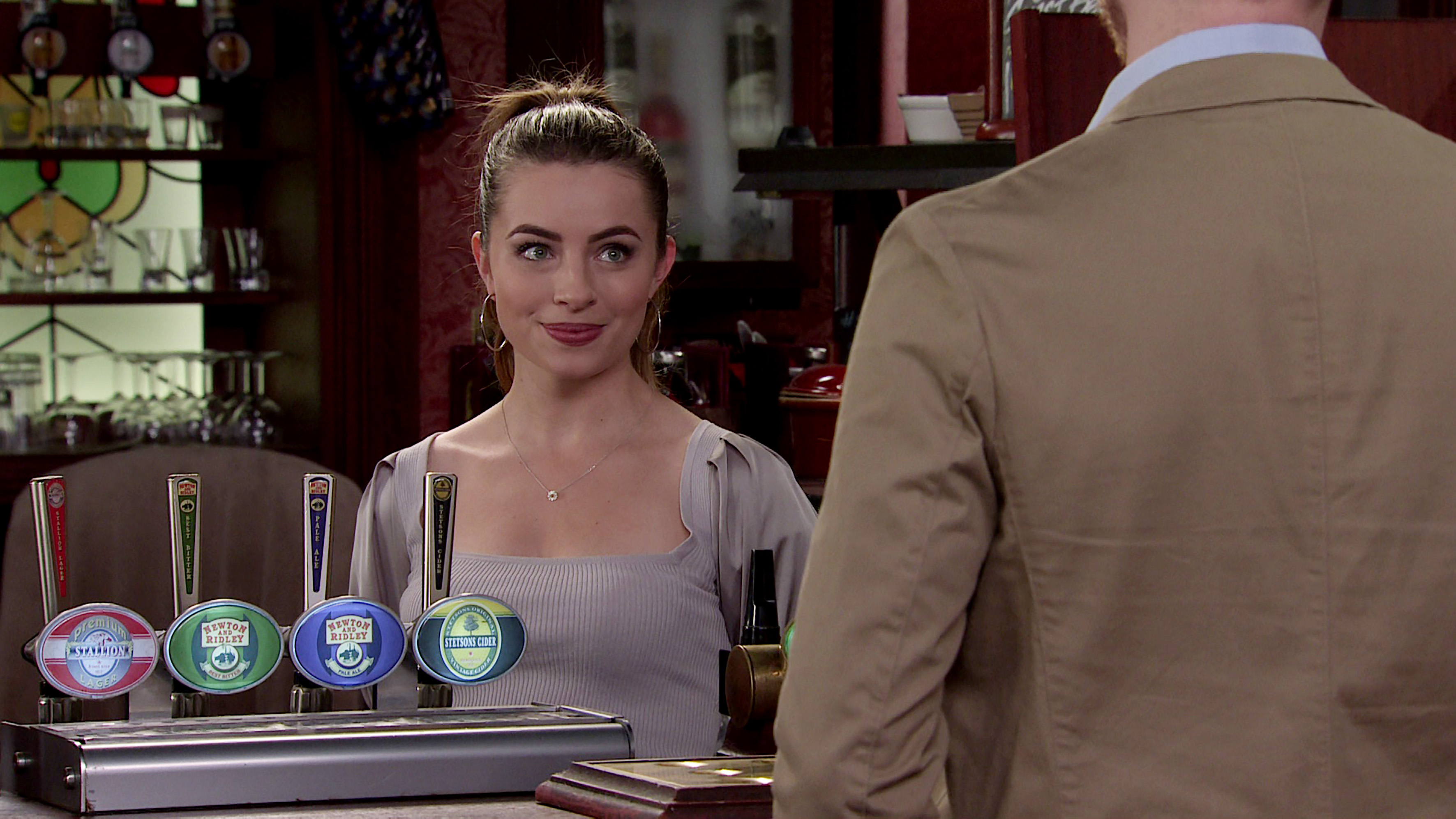 As the war for who gets the official title of Daniel Osbourne (Rob Mallard)’s Girlfriend hots up in Coronation Street there are two contenders – Daisy Midgeley (Charlotte Jordan) and Lydia Chambers (Rebecca Ryan).

Since Daisy first appeared in Weatherfield she’s already proved that she has a fiery side, as we saw when she managed to split up Ryan (Ryan Prescott) and Alya (Sair Khan).

As for Lydia, she’s currently more of an unknown quantity, but she’s already caused trouble between Adam (Sam Robertson) and Sarah (Tina O’Brien) and she seems to be a person who is determined to get her own way.

Recently Lydia’s relationship with Daniel has been going well, as it’s based on a mutual attraction and shared interests.

Upcoming episodes will see Daisy coming back into the equation when she defends Daniel’s reputation when Lydia hears about the false accusations made against him about Summer (Harriet Bibby).

When Daniel hears about this, he and Daisy share a bit of a moment and Daisy asks him out for a drink. Lydia is not happy to see the two of them together – but how far is she willing to go to get Daisy out of Daniel’s life?

Could there be blood on the cobbles yet again?