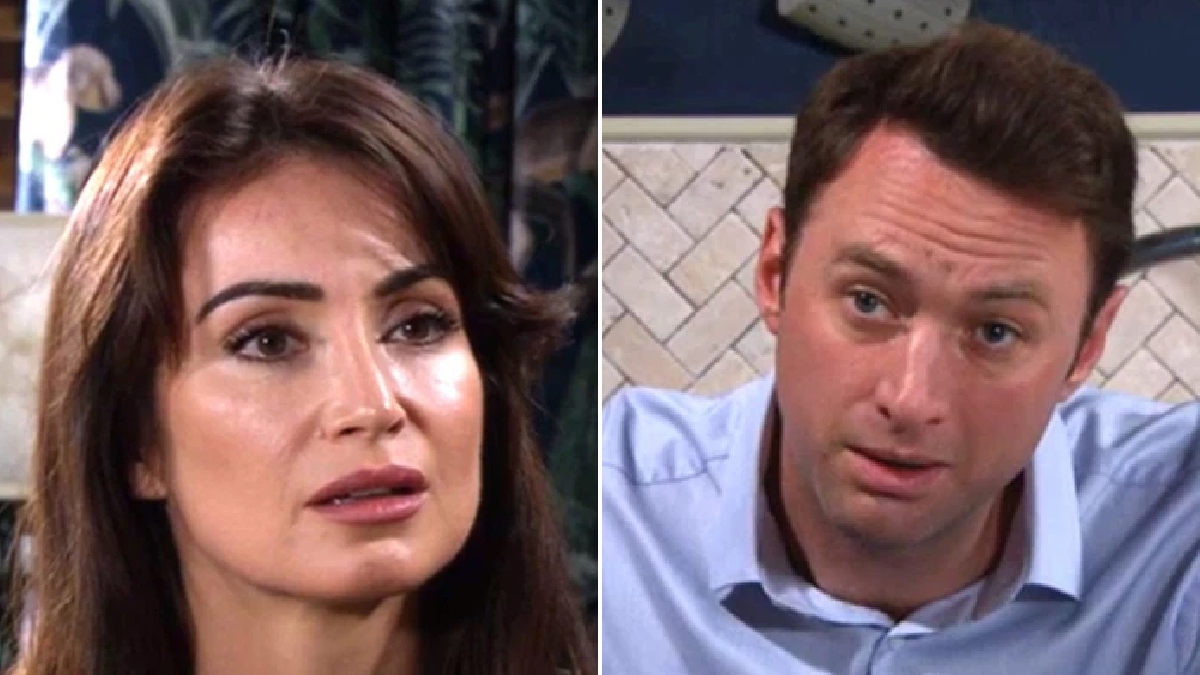 ‘Darling, you can tell me anything’ Liam Cavanagh (Jonny McPherson) told his wife Leyla Harding (Roxy Shahidi) in Emmerdale tonight and moments after, she told Liam she was possibly miscarrying their baby.

Tonight, Leyla headed to the doctors and was advised by Wendy (Susan Cookson) to arrange a confirmation scan but was concerned when Leyla said Liam had no idea about the pregnancy.

Meanwhile, after talking to Priya (Fiona Wade), Liam’s suspicions started to grow that there was something wrong with his wife.

Confronting Leyla, Liam was certain something was going on, which led to a heartbroken Leyla admitting she might be losing their baby.

Liam’s reaction to this ordeal was a surprising one to say the least. The grieving father was devastated to realise his wife couldn’t be honest with him, but also used his career as a doctor to cope with the news.

Instead of comforting his wife, Liam told his wife to seek further help if the bleeding got any heavier and even told her he was potentially too busy to attend her hospital scan.

As Liam left, Leyla was left on her own in tears that she was going through this ordeal without her husband’s support.

Can Liam put aside his grief to be there for Leyla as she heads to the scan?

If not, what will their future hold as a married couple?