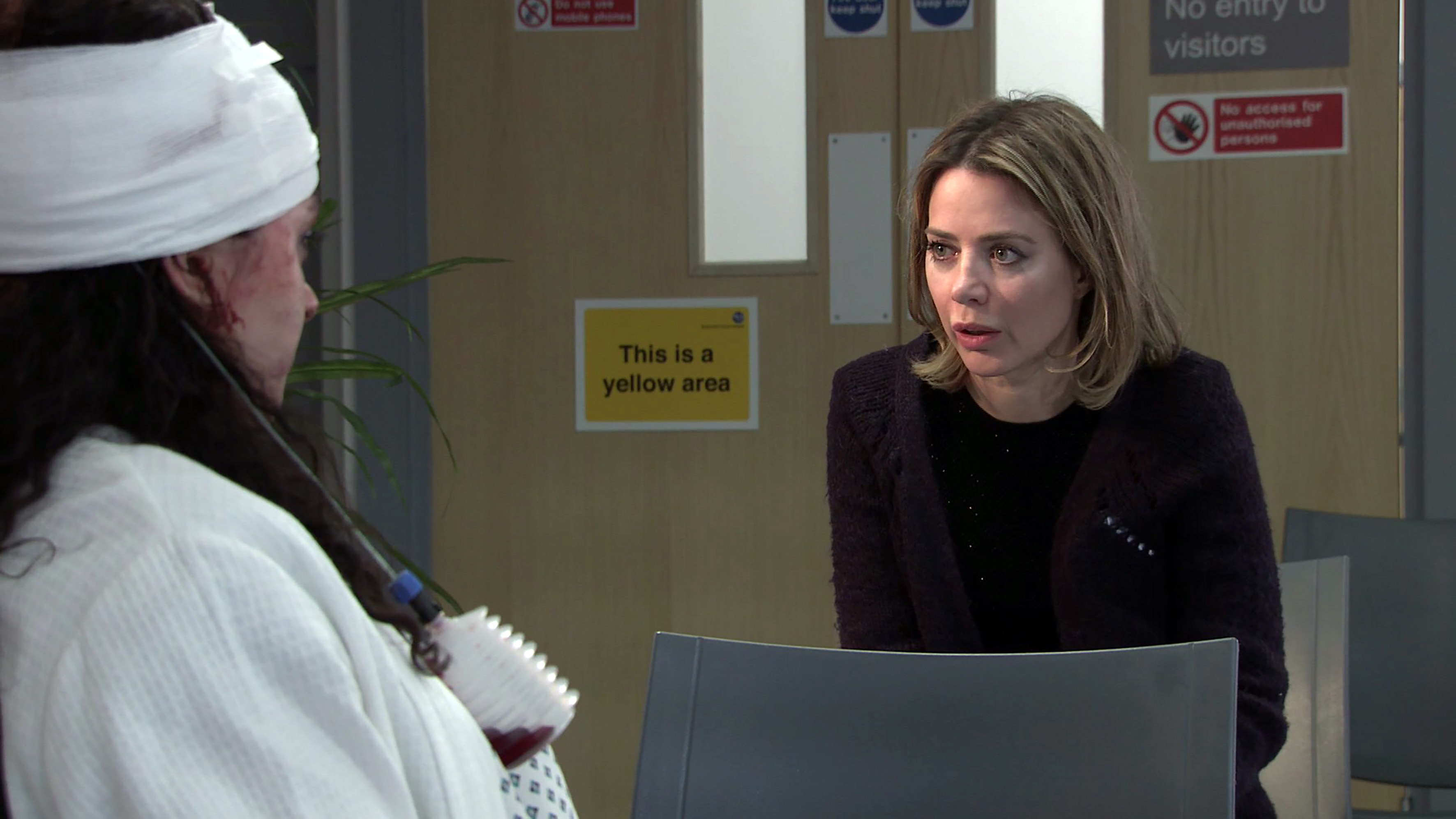 A grieving and heartbroken Abi Franklin (Sally Carman) will vow to get justice following the death of her son Seb (Harry Visinoni) in Coronation Street.

Seb and Nina (Mollie Gallagher) were attacked by Corey’s (Maximus Evans) gang in Wednesday’s edition of the ITV soap. After Seb and Nina were rushed to hospital, Abi and Kevin (Michael Le Vell) learnt that Seb’s injuries were too severe, and the ventilator was the only thing keeping him alive.

Abi said goodbye to her son, and as the aftermath of this horrifying attack begins, Abi will unleash her fury when she sees Corey.

After being interview by the police and denying any involvement in Seb’s death, Corey returns to the flat with a police officer to collect his things.

The family liaison officer calls at No.13 and hands Abi an envelope containing Seb’s wedding speech which causes Abi to break down, realising she’ll never get to hear Seb deliver it.

Emma (Alexandra Mardell) and Alina (Ruxandra Porojnicu) decide to set up a memorial for Seb in Victoria Garden and Abi is deeply touched.

However, her mood turns to one of anger when she clocks Corey coming out of his flat, realising the police have released him.

Abi’s struggling to process her grief, will she confront Corey?

And will Corey face the consequences for killing Seb?