Von Braun was the SS officer with a PhD in engineering who, in the early Thirties, was given a grant by Hitler to build experimental rockets. By 1942, his team had launched the world’s first long-range guided ballistic missile, the V2 rocket, which cost twice as much as the Allies atomic bomb and caused 9,000 casualties after thousands reigned down on London and Antwerp. But a year later, the RAF got their own back on von Braun, pulverising his site and forcing him to flee which, eventually, led to him surrendering to the Allies.

Following the war, he was moved to the US, along with about 1,600 other German scientists, engineers, and technicians, as part of Operation Paperclip where worked on an intermediate-range ballistic missile programme.

It was during this time he penned ‘Project Mars,’ his 1953 science fiction novel which has gained interest this week for its reference to “Elon”.

It came after blogger Toby Li shared a German-language excerpt from the book with Elon Musk, asking the SpaceX CEO, who plans to send humans to the Red Planet, “did you know that Von Braun’s 1953 book referenced a person named Elon that would bring humans to Mars?”

But an English translation of the book makes for an even more eerie development. 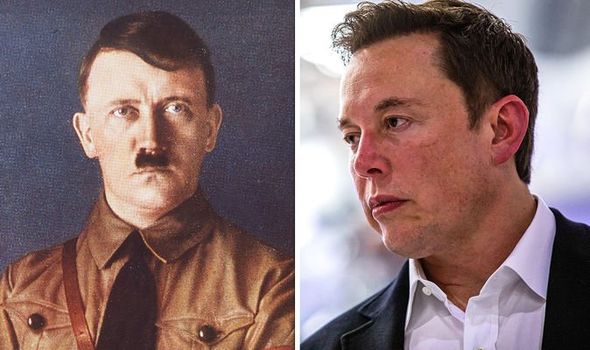 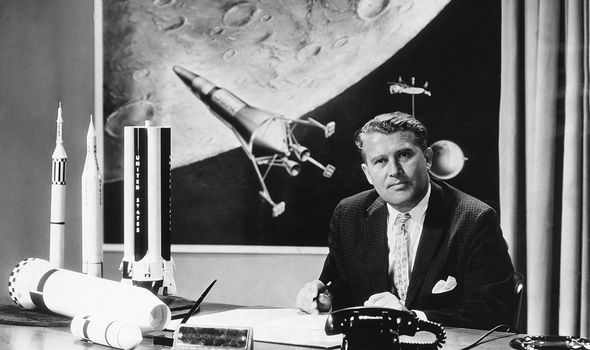 Sharing a passage, another Twitter user noted: “Elon referred by Von Braun in the book isn’t the name of the person but rather the name of the position – something like an elected meritocratic president.”

In the novel, von Braun wrote about a representative democracy on Mars in which the president-like leader is called an Elon.

He stated: ”The Martian government was directed by 10 men, the leader of whom was elected by universal suffrage for five years and entitled ‘Elon’.

“Two houses of Parliament enacted the laws to be administered by the Elon and his cabinet.”

The upper legislature in his fictional government consists of 60 people appointed for life terms by the Elon, and they could vote yes or no on legislation but not amend or alter it in any way. 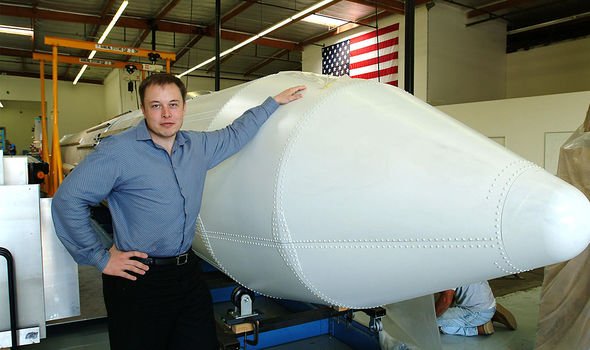 The lower house is elected – but by profession rather than by region. He explained this was because transportation technology made the entire planet traversable within just four hours and because Martians had rendered racial prejudice, nationalism and “local patriotism” obsolete.

He added: “This, of course, abolished the distinction between naturally rich and naturally poor regions, so that there no longer existed ‘have’ and ‘have-not’ regional groupings with conflicting interests.”

The book covers much more than just a theoretical space democracy – it’s a fictional account of how life on Mars arrived, from its inception in a mission planning room on Earth well into the future.

One said: “That is the proof that some folks just have accurate visions of possible futures.” 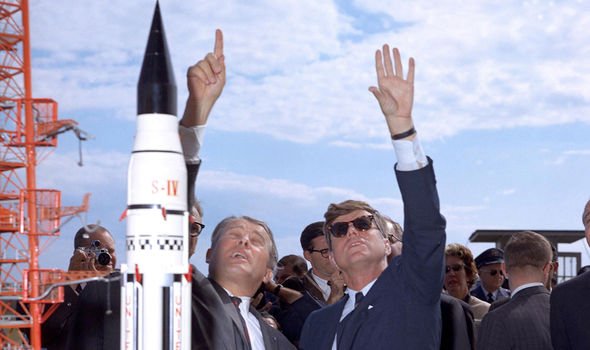 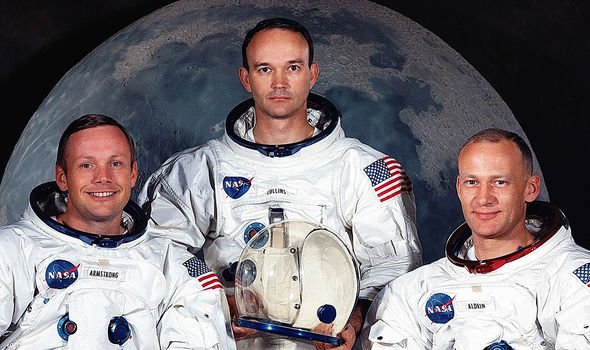 Another added: “This is incredible.”

In 1957, the launch of the Soviet Union’s Sputnik into space gave von Braun his break.

He was put in charge of the US ballistic missile programme and, within a year, his team had launched Explorer 1, America’s own satellite, based on plans for his V2 missile.

NASA was founded a year later, and with his success, von Braun was made their top engineer, challenged with designing the Saturn V rocket.

Von Braun became the centre of America’s space obsession, an extraordinary engineer, communicator and manager who played a pivotal part in Apollo 11.

On July 22, 1969, Neil Armstrong and Buzz Aldrin brought an end to the Space Race when they landed on the lunar surface and buried the US flag into its surface.